Australia, get ready to rock! 2014 will see some of the biggest concerts in history hit our shores. 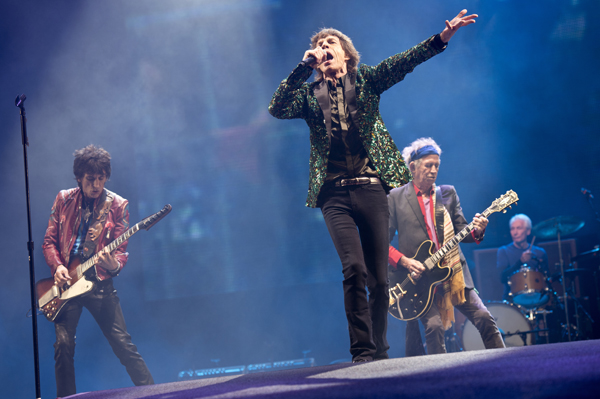 The most eagerly-anticipated event of 2014, iconic rock legends The Rolling Stones are returning Down Under for what’s likely to be their last-ever performance in Australia. After all, at 70 years old, Mick Jagger’s no longer a spring chicken. But despite his years, he still knows how to wow a crowd. VIP packages are available at most venues from $575. General admission prices start at around $99.

Actor-turned-singer Jared Leto, the frontman for Thirty Seconds To Mars, will be unleashed on Australia for high-octane performances in Perth, Melbourne, Brisbane and Sydney. Fans who have seen the band live rave about the stage show, calling Leto entertaining and energetic. Ticket prices for general admission are $80 and there are VIP upgrades you can purchase through Adventures in Wonderland, which include meet-and-greets and photos with the band. Concert-goers who had tickets for the cancelled August concerts will be able to use them, but everyone else will have to be quick as tickets will be scarce.

Looking for a quick pick-me-up? >>

Queens of the Stone Age with Nine Inch Nails

Touted as the biggest double act to hit our shores, Frontier Touring is promising this will be the concert of a lifetime. The headline act first on stage each night will be decided by a coin toss. Queens of the Stone Age hit Triple J’s top 100 in 2002 with “No One Knows” from their platinum album Songs For The Deaf. They are sharing the stage with the Grammy Award-winning Nine Inch Nails and Australian-born punk rocker Brody Dalle. General admission tickets start at $125.

Sweeter than a Caramello Koala, Bruno Mars will have ladies across the nation swooning when he starts his Australian tour at the end of next month. With chart-topping songs like “When I Was Your Man”, “Just The Way You Are”, “The Lazy Song” and “Marry You”, missing out will feel like you’ve been “Locked Out Of Heaven”. Joining Mars on stage will be Grammy-winning rhythm and blues singer, Miguel. General admission prices start from $144.

Other bands and singers touring later in the year