Ever dreamt of what the celeb lifestyle is like or, better yet, hoped to bump into one in the flesh? Well, stars can run away (to exotic locations), but they can’t hide… at these hotels, celeb sightings are almost guaranteed. Have you booked yet? 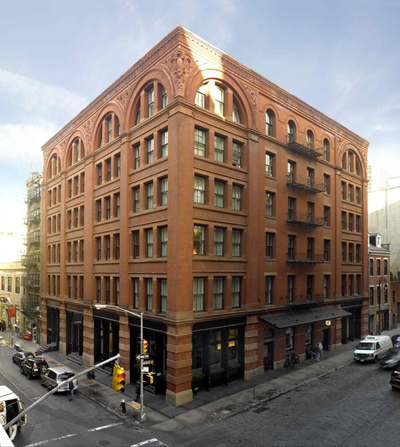 New York is a celebrity-spotting mecca, with tons of celebs jetting in on a daily basis. But the king of hotel haunts is The Mercer, a slick and luxurious retreat in the heart of SoHo. The hotel first made headlines in 2005 when Russell Crowe threw a phone at a concierge staff member. Since then, The Mercer has hosted — and catered to every whim of — stars like Leonardo DiCaprio, Jay Z, Kanye West and Renée Zellweger. It’s not hard to guess why the hotel attracts the big guns: With massive loft-style rooms, sky-high price tags and a lobby that would make the paps drool, this is the place to see and be seen. 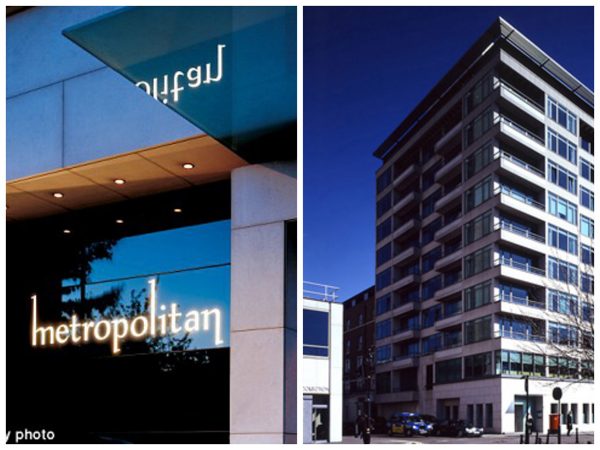 While the Langham and the Savoy have been the celeb accommodations of choice in London town, lately, the Metropolitan Hotel has taken over. With its modern and chic interior, floor-to-ceiling windows and panoramic views of the city, it’s no wonder the new generation of A-listers stays there. Perhaps most attractively, the hotel has a few areas, such as the swanky Met Bar, that are off-limits to “outsiders” (read: crazy fans). But if you book a room, you can expect to run into Johnny Depp, Cameron Diaz, Jude Law, Madonna or Nicole Kidman in the hallways. 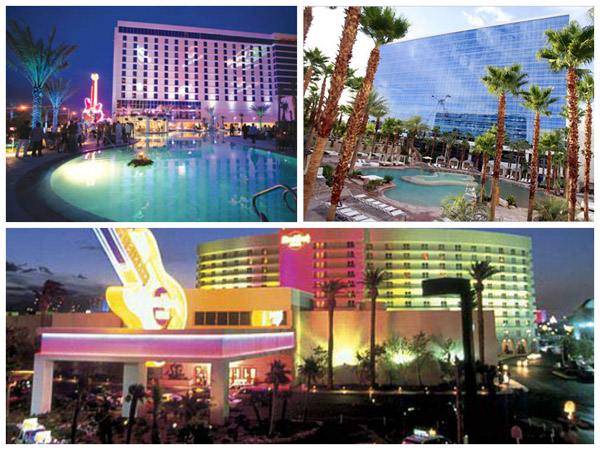 It’s no secret that Vegas is a celebrity magnet. But with so many monolith hotels lining the streets, the question is, where do they stay? The Hard Rock Hotel is a pretty good place to start. Thanks to its 4,000-seat concert venue and proximity to Vegas’ hottest nightlife spots and casinos, the place has serious star value. In the past five years alone, the hotel has hosted big names like Brad Pitt, Paris Hilton, Pamela Anderson, Leighton Meester and Chris Brown. That’s not all: Check in during off-season and chances are you’ll run into NFL players and Olympians; the place is crawling with them. The Hard Rock’s two main clubs, Vanity and Rehab, are constantly in the gossip pages — it seems that celebs get caught up in the Vegas frenzy just as much as us ordinary people. 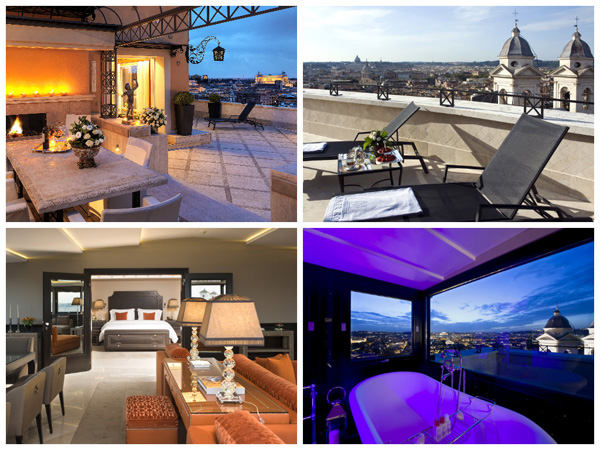 Forget Lake Como — Rome is where the stars flock when they’re in Italy on business. Located at the top of the Spanish Steps, this hotel is the very definition of luxe. Its exxy Presidential Suite features antique furnishings, authentic paintings, crystal chandeliers and a 150 square-metre-terrace that offers staggering views of the Pantheon and St. Peter’s Basilica. If you’re prepared to splash some cash, dine at the Michelin-starred restaurant downstairs. Hotel Hassler is a hideaway in every sense of the word — at least, Posh and Becks, Madonna, Jennifer Aniston and Tom Cruise think so.

Planning a trip overseas? Check out travel films and books to inspire you >> 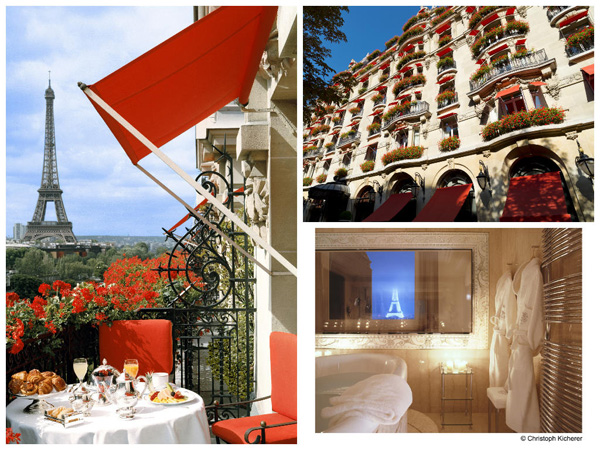 Ladies, you may remember this exquisite hotel from the final episodes of Sex and the City. Yes, it’s the place where Carrie ditches Aleksander (who was never right for her anyway) and falls in love with Big all over again. As it turns out, in “real life”, Sarah Jessica Parker is a huge fan of the hotel — so much so that she became the face of it just a few years back. This 1911 Art Nouveau hotel is Parisian to a tee: It’s extravagant but classic, historical but timeless. It’s also très expensive. The Royal Suite and Terrace Eiffel Suite are sumptuous rooms that attract celeb check-ins and offer unbeatable views of the city. 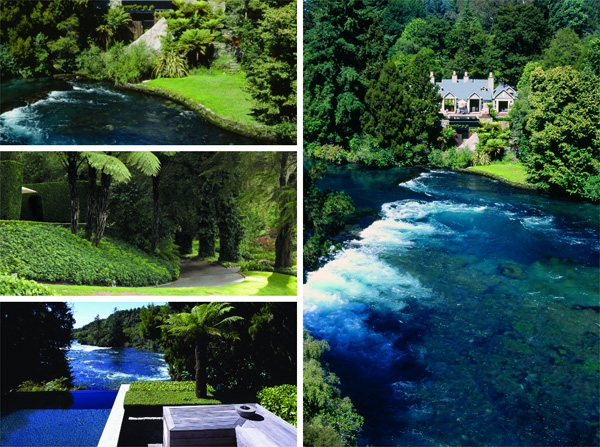 A little closer to home, Huka Lodge in New Zealand ropes in a seriously impressive celeb clientele. It’s no wonder why. Nestled on the banks of the Waikato River, the hotel not only offers elegant accommodation and beautiful surroundings, but also privacy from the public eye. Celebrities tend to reserve the 1937 Owner’s Cottage, which features a private courtyard, garden and fireplace, as well as four massive suites. Kate Winslet, Michael Douglas, Barbra Streisand, Diana Ross and Robin Williams are all regulars in the guestbook. 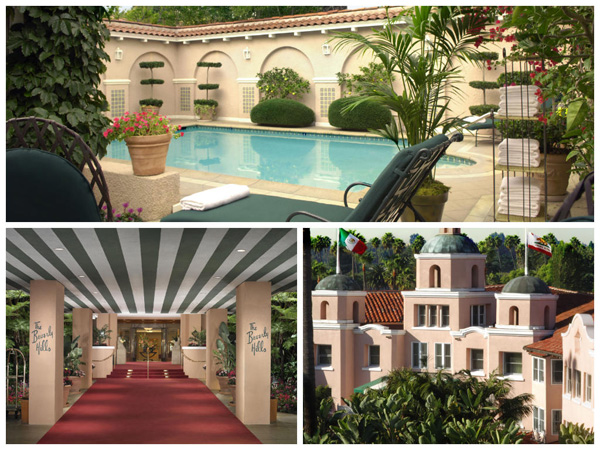 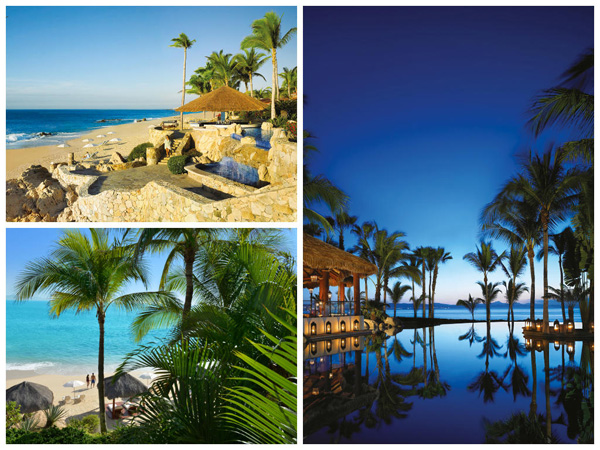 Celebrities need to get away from it all sometimes, too. And when they do, the luxe One&Only retreat in Cabo is at the top of their list. This 50-year-old resort has been the perfect hideaway for celebrities like Eva Longoria, John Wayne, Lucille Ball, Bing Crosby and Jennifer Aniston over the years. Ashton Kutcher and Demi Moore holidayed there in 2007 and went back a few times before their relationship dissolved. Along with the ocean-front luxury suites and beautiful Mexican interiors, the resort’s main drawcard is its 24-hour private butler service. 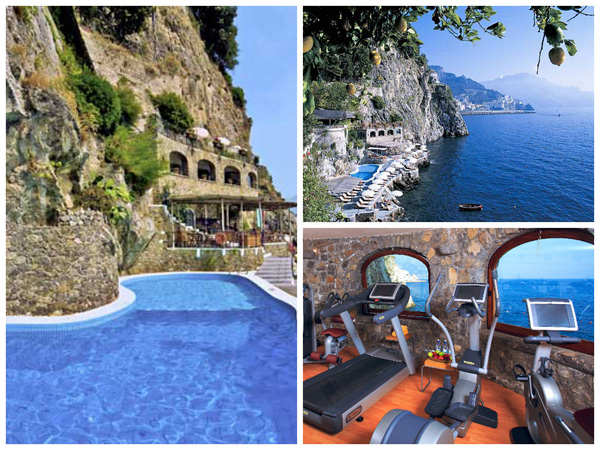 Perched on Italy’s stunning Amalfi Coast, Hotel Santa Caterina has five stars — and a clientele to match. While its exquisite interiors and unparalleled views of the Mediterranean tick the luxury boxes, this hotel is a celeb hot spot because of the staff. They’re very discreet and are well-known for keeping their mouths shut about what goes on behind closed doors. Mariah Carey, Liz Hurley, Matt Damon, Angelina Jolie and Brad Pitt have all stayed there.