Looking for a holiday that your man will love? Check out this selection of destinations that are famous for their love of beer.

Related story Making the transition from friend to girlfriend 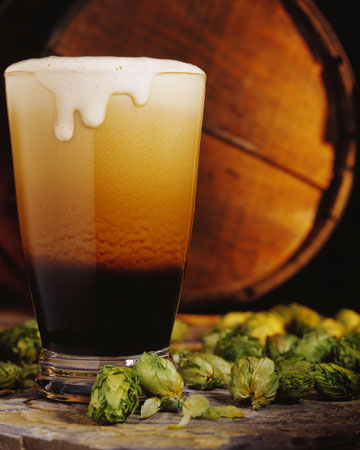 Not all men love beer, but most do. A beer holiday is a great opportunity for you to treat your man and to expand your own tastebuds and knowledge of one of the world’s most popular drinks.

It’s also a happy accident that the world’s best beer cities happen to be some of the world’s most beautiful, so if you travel to these destinations, it doesn’t have to all be about quenching your thirst. After a few tastes of the local brews, however, we’re sure you’ll be more than happy to take a seat and partake in the beer-soaked action. 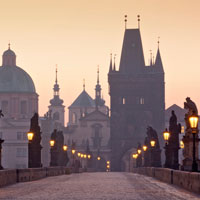 Nobody should be surprised to see Prague on this list. Home of Staropramen, Budweiser and many other lesser-known (but arguably more delicious) brands, the Czech Republic has deservedly established itself as one of the world’s beer capitals, and nowhere is this more obvious than the country’s capital.

In terms of aesthetics, Prague can claim to match Paris for beauty, meaning those hazy evening strolls between the city’s bars will be wonderfully romantic — so long as you can walk in a straight line.

Must-visit: The city’s Old Town Square is its main attraction, but for a quieter beer, be sure to explore the areas just a few blocks away. You’ll have a much more authentic experience and you’ll have a chance to taste some beers that you can’t even pronounce. 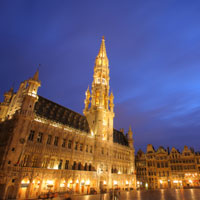 Continuing the fairytale vibe, Brussels comes in as one of this list’s most charming cities. Petite but endlessly enchanting, wandering the city’s cobblestone streets is a surefire way to get in the mood for romance.

The city is also home to a seemingly infinite amount of beer varieties (including some of the best in the world). Wander into a local café and you’ll find a menu that could well be mistaken for a comprehensive guide to the history of beer. We wouldn’t suggest trying them all since it’d be impossible, but the great thing about Brussels is that there’s a beer for each and every taste — including some slightly more “feminine” fruit-laden brews. Delicious.

Must-visit: The Delirium Café in the city’s Old Town offers over 2,000 varieties of beer, each of which is served in its own special glass. 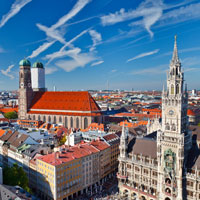 No-one sinks beers like the Germans, and if your man is a beer-lover, he’ll feel right at home in Munich.

There are over 40 different varieties of beer in the city, but it’s not as simple as wandering into a pub to sample anything and everything. Munich has a complicated system of beer regions and licences that mean only certain establishments sell certain beers and imported beers are kept to a minimum. If that all sounds rather daunting, just keep in mind that the local beer is fantastic and the rules really just give you an idea of how seriously the city takes beer drinking.

Munich itself is a beautiful city to visit and wander around, thanks to its provincial feel and beautiful old architecture.

Must-visit: There’s no better time to go for the German-beer-drinking experience than Oktoberfest — 16 days of non-stop beer guzzling. 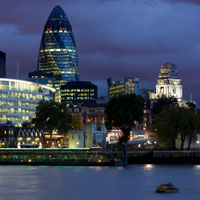 We all know the people of the British Isles love a drink, and once you go and sample their local brews, you’ll understand why. Ranging from subtle coffee notes to light blond ales, to thick black pints of Guinness, you can find almost any kind of beer here, not to mention, locals who love nothing more than to chat about their home-brewed nectar.

Going to London or Dublin will make for a great holiday, but thanks to the cheap connections and proximity of the two cities, it’s well worth your time to organise a trip to both.

Must-visit: In London, you’re best off spending your time wandering around the city’s charming pubs, soaking up the local atmosphere. In Dublin, a similar approach is required, but a trip to the Guinness Factory is absolutely essential. 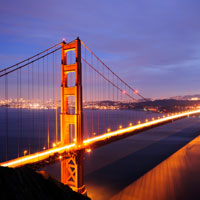 In San Francisco, it’s all about getting your goods from local sources. Beer is no different. San Francisco is one of the cities leading the beer revolution in the U.S., with locals blending an independent spirit with years of knowledge to create unique, delicious brews for your enjoyment.

What makes San Francisco so unique is that the locally-brewed beers are created with food in mind — what beer goes with what meal, and what flavours complement others? This, of course, isn’t even to mention that the city itself is thriving, exciting and a great place to spend any holiday. The beers just make it that bit more special.

Must-visit: Almanac is a unique experience and well worth a visit. You’ll be surprised by the list of ingredients included in your beer, which can include anything from plums to fennel.