Like many wannabe-novelists, Fleur McDonald didn’t think she would ever see her books lining the shelves at local bookshops: “I never believed it could happen to me!” she confesses. But with the release of her new novel Silver Clouds, Fleur celebrates her fourth published novel – and shares with SheKnows how a simple farmer’s wife scored a lucrative book deal! 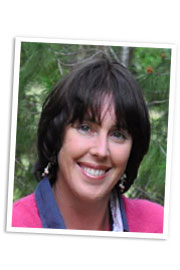 Voice of the outback rises to literary success

Like many wannabe-novelists, Fleur McDonald didn’t think she would ever see her books lining the shelves at local bookshops: “I never believed it could happen to me!” she confesses. But with the release of her new novel Silver Clouds, Fleur celebrates her fourth published novel — and shares with SheKnows Australia how a simple farmer’s wife scored a lucrative book deal!

SheKnows AU: Did you always know you wanted to be a writer?

Fleur McDonald: I’ve always been a writer in one way or another. I spent loads of time as a primary school kid writing plagiarisms of Enid Blyton, who was my favourite writer! During my high school years my writing was mainly letters to my family and high school essays. There was a bit of lovesick poetry — terrible but normal stuff from a teenager! — thrown in there as well. I’ve always written mostly short stories — I’d never contemplated sitting down and writing a full length novel until I wrote Red Dust.

SK AU: How many books have you written?

FM: Four, and I’m in the middle of writing my fifth. All of them have been published.

SK AU: Have you always dreamt about being a published author?

FM: I can’t say I ever really thought about [being a writer] until I was offered a contract for Red Dust in 2009. Yes, I knew I loved writing but, as Liane Moriarty said, she didn’t actually believe that real people had novels published. I never believed it could happen to me. I never really let myself think about it much. After all, I’m only a farmer’s wife! However, once it all happened I knew without a doubt I wanted to keep doing it over and over and getting better with every story I told.

SK AU: Was it a difficult journey getting publishers to look at your manuscript and convincing them to publish your book?

FM: I had an extremely fortunate journey to publication. In 2005, when my son started kindy, I had a lot of encouragement from my writing mentor, Jeff Toghill, and he suggested that I try and get a publishing house for Red Dust.

I’m very much known for my “bull-at-a-gate” attitude and impatience, so when I decided that I was going to submit to the Allen and Unwin Friday Pitch Day, I did it with a half-completed manuscript. When they came back to me, the publisher in charge of the Arena imprint said it wasn’t quite what she was looking for at the time, but my writing was strong and commercial. She encouraged me to look elsewhere. I decided I didn’t want to do that, so I re-jigged the first three chapters, waited about three months and then re-sent it. At that time, I only had to wait two weeks and I was given a contract — but I still had the rest of the book to write.

SKAU: What did that feel like — landing a contract only two weeks after submitting your work as an unknown author?

FM: I can still remember the phone call I had from my publisher to tell me that she wanted to offer me a contract. I’d been flat out on the farm and it was my first day home for about two weeks. When she rang, obviously, I wasn’t expecting her call so my first thought was, “Who the hell is this?”

She then went on to tell me who she was and why she was calling… I started to shake, couldn’t speak and then decided I needed to be very professional whilst talking to her. My publisher said later that I was one of the most unexcited authors she had ever spoken to — she knows better now! She just couldn’t see me jumping on my bed and laughing when we’d hung up!

SK AU: Where do you draw inspiration for your books?

FM: For the setting, all I have to do is look out of my window or remember places I’ve spent time at. Having lived on a farm since I was 18 and grown up in a country town, I’m able to describe these settings fairly realistically. As for the stories, well they can come from anything — a thought, hearing a radio story, brainstorming with my mates.

Silver Clouds came about, much to my teenage daughter’s disgust, by listening to the radio. I am an avid ABC radio listener, just like my mum, and I have to say history is repeating itself because I used to bag my mum out all the time because she listened to the ABC. I was mustering some sheep out in our furthermost western paddock and I heard a story on two wedding rings, which had been found in the middle of nowhere. This is all very vague — I’m not sure how much I heard and how much I’ve made up, because my imagination went into overdrive.

I think it went something along the lines of: A tourist found a couple of rings near a popular camping spot in the midwest of Western Australia, near a swimming hole, maybe? After a time it was determined they had accidentally been left behind and there were no suspicious circumstances. For me, that translated into: “What if there were tragic circumstances? Someone had drowned? Had the rings been a symbol? What about if they were never used? Who did they belong to?” Now I had all these questions to answer and the basis to a story.

SK AU: What would you say is your biggest challenge when writing a book?

FM: Oh, you know — getting to about 20,000 words and thinking everything I’ve written is rubbish or I’m hopeless, about to get caught out as a fraud and I really can’t write. Nothing major!

SK AU: Outside of writing, what are you passionate about?

FM: My kids and family. I try and live by what I call “the three Fs”. Faith, family and friends. Actually, I think I could make it the four Fs, because I would also say, showcasing farming to people who wouldn’t otherwise have access to it. I try and do that via my blog, by showing people what I get up to during the days I’m not writing.

SK AU: What advice do you have for aspiring authors?

FM: Everybody’s journey to publication is different. Everyone has different pressures, lives and difficulties to deal with, so I don’t like giving advice, except to say never give up. Keep pushing until your dreams become a reality. Because mine have flown higher than I ever dared to dream and I’m just a normal girl who likes to tap at the keyboard.