The dating landscape has definitely changed in the last century, but do we single ladies really have it so bad now or was living in a bygone era a better place to be? 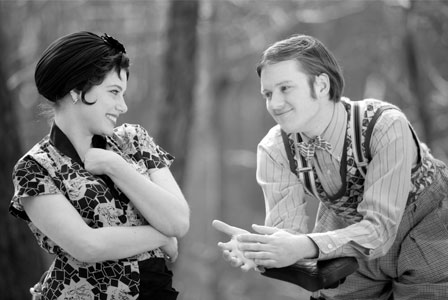 Take a walk with us as we look at dating in the 20th century. Imagine yourself in these times and decide for yourself who has it better.

The 1920s steamrolled the era of modern dating. Up until this time, courting was very formal and generally involved an awkward conversation with a suitable bachelor in your family home, under the watchful eye of a chaperone. When dancing became popular it gave young people a place to socialise together. Combine that with the new accessibility of cars and couples suddenly had freedom and privacy that they hadn’t enjoyed before. Dating started being driven by attraction and feelings rather than wealth and family status.

Parents started embracing the idea of informal dating by the 1940s and actually discouraged their children from “going steady”, believing that exposure to different kinds of people would give you a better idea of the qualities you were looking for in a marriage partner. Dating started young and the more popular you were the more dates you had, generally at the movies or milk bar. The decision to be exclusive was not taken lightly in this war era, but these experienced youngsters worked out what they wanted and the average age of marriage actually dropped to late teens and early twenties.

Think all the good guys are taken? Where to find your Prince Charming >>

The age of hippies and feminism yet again changed the dating landscape. Prior to this time, marriage was seen as the most important basis of happiness and fulfillment and people who didn’t get married were pitied. As women began to fight against their traditional roles in favour of education, employment and independence, that quickly changed. Getting married fell down the priority list while staying single (with the odd fling or two) jockeyed on up. The birth control pill went on the market in this decade and the attitude towards pre-marital sex became much more liberal.

The casual approach to dating continued to become more pronounced and instead of wowing a girl with flowers, an elaborate evening dinner and a walk to the door, coffee dates or meeting up for drinks became more popular. Dating was no longer for the yet-to-be-married or even necessarily done with a relationship in mind, it opened up to all age groups, correlating with the rise in divorce rates. People started exploring more creative ways to find their partner and TV shows like Perfect Match and Blind Date soared in popularity.

Fancy yourself a 60s girl? Here’s how to have a summer fling >>

Media, as well as science and technology, is leading the way in this digital age of dating. We are pickier than ever before but also have more options with the rise of international relationships and growing acceptance of love in all its forms. Dating is usually reserved for the more mature of us, while the younger lot prefer to “hook up”. While it is unlikely you will receive a handwritten love letter in the mail any time soon, you may get a declaration of love on YouTube with 10,000 views or engage in some raunchy sexting.

So which decade would you like to land in for a prospective date? Are you relieved to be living here and now or do you wish to be whisked back to a previous time? If you are currently in a long-term relationship, which decade best describes how you got together?

More on dating in the here and now

How to give your dating life a boost
Online dating tips
Finding love: How and where to meet the right guy