Whether it is career, equality, health or motherhood, Australia has many women who work hard and inspire us. 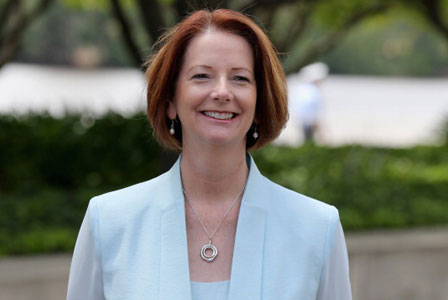 Friday Mar. 8 is a day to celebrate all things strong, beautiful, powerful and inspiring — it is International Women’s Day.

SheKnows has a look at well-known Australian women who have inspired and empowered us, either through their career choices, life circumstances or true passions.

Of course, we all have different political beliefs that might not see us always agree with Prime Minister Julia Gillard.

We couldn’t, however, create this list and not include the prime minister after her historic “sexism and misogyny” speech made in parliament last October.

Ms Gillard’s speech made headlines around the world, as she took the men in parliament to task for their bad behaviour, particularly the Leader of the Opposition, Tony Abbott (often in reference to the Peter Slipper case).

Speaking directly about Abbott, Gillard said “… I was offended too by the sexism, by the misogyny of the Leader of the Opposition catcalling across the table at me as I sit here as Prime Minister, ‘If the Prime Minister wants to, politically speaking, make an honest woman of herself…,’ something that would never have been said to any man sitting in this chair.”

She continued with “… the government is not dying of shame, my father did not die of shame, what the Leader of the Opposition should be ashamed of is his performance in this parliament and the sexism he brings with it.”

There are many women all across Australia who work in medical research or on the front-line of healthcare — think our nurses and doctors who deal with the saddest and the worst every day. 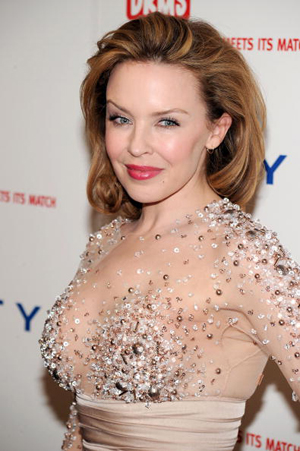 There is, however, one woman who single-handedly had a significant impact on breast cancer awareness — Kylie Minogue.

Yes, we know and love her pop songs, but after being diagnosed with breast cancer in 2005 and then publicly sharing her battle, the songbird created the “Kylie effect”.

An article published in the Medical Journal of Australia said, “News coverage of Kylie Minogue’s breast cancer diagnosis caused an unprecedented increase in bookings for mammography.”

The authors stated that, “Overall screening bookings rose 40% in the two weeks of the publicity, with a 101% increase in non-screened women in the eligible age group…”

While Australia is yet to come to the party and legalise same-sex marriage, an inspiring woman who has “officially come out” is Magda Szubanski.

The comedienne came out on Valentine’s Day 2012 on the national TV show, The Project, telling the hosts, “I absolutely identify as gay and for a very long time have.”

She chose Feb. 14 to make the announcement because, “we live in a democracy and one in 10 people, which is the number of gay people, are not represented equally,” Szubanski said.

The then-50-year-old also stated that, “there’s nothing wrong with being gay” and that prejudice and intolerance were the problems that needed to be fixed.

With Australian sport currently under intense scrutiny, it seems that the golden achievements of last year’s Olympics are all but forgotten.

One person we are celebrating this Women’s Day is gold medallist Sally Pearson.

Who can forget the intensity, passion and agonising wait as Sally and the rest of the world looked to see if her name would come up first? Then she screamed and collapsed to the ground — Sally had done it!

Pearson claimed the gold medal for the 100-metre hurdles, but not after a lifetime commitment to training and competition. The Gold Coaster is back at training and focusing on upcoming race meets.

When looking at high-profile women who use their position for the better of children and families, one name certainly comes to mind — Deborra-Lee Furness.

Although maybe better known worldwide as Mrs Hugh Jackman, here in Australia we know her as a strong advocate for adoption and orphaned children.

Furness, herself, is an adoptive mother of two but she is also the founder and patron of Australia’s National Adoption Awareness Week and is the Executive Director for the Worldwide Orphans Foundation Australia. In 2005, Furness also founded The Rafiki Society in Vancouver to assist orphanges in Africa.

In a self-written piece for the Australian Women’s Weekly, Furness said, “I can’t think of anything more important than ensuring that every child in this world has at least one person who has their best interests at heart, someone who cares about them so they know they are loved and valued.”