Pastels, gold hues and strapless gowns were all key dress trends on the 2013 Oscars red carpet, while A-listers rocked natural, luminous skin and contoured eye makeup, paired with beautifully “worked”, modern-set hair. But who wowed the fashion pack at the Academy Awards, and who fell flat?

Celebrity hair and makeup artist Dale Dorning — who has primped and polished the likes of Miranda Kerr, Megan Gale and Jennifer Hawkins — says there were many key trends evident at the 85th Annual Academy Awards.

“A key trend in makeup was ‘the new nude’, with many stars embracing a more natural approach to makeup and allowing their skin to be luminous and velvety, with beautifully executed eyes and lips,” Dale says.

“Hair was still reminiscent of vintage Hollywood, but there was a definite return to styles favouring shine and movement.”

Still, there were some stand-out stars on the red carpet — and some obvious flops — according to Dale. So who made the best dressed list, and who bottomed out? 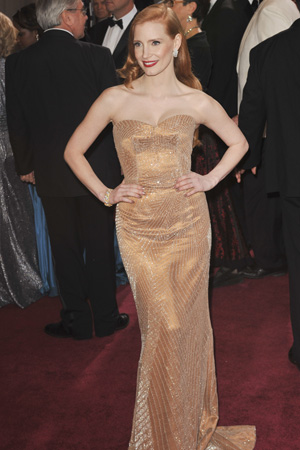 “Jessica has had a brilliant awards season and the Oscars were no different. Her dress choice was very appropriate for the red carpet, and was complemented by a great red lip, velvet skin and effortless eye makeup. And Jessica’s hair, down and swept back, frames her face perfectly. It has been executed so well as it’s not over sprayed, which allows the perfect amount of movement. A definite 10 out of 10.” 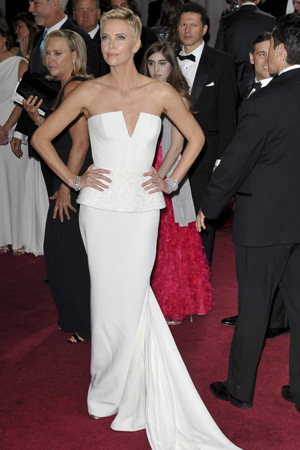 “Charlize is a favourite of mine — she nails the red carpet look every time. The absolute white tone of the dress gives an instant reflector to the face, and as an ex-model she definitely knows her angles and uses it to her advantage. And her hair is a definite nod to the ’90s, which is so on-trend right now!” 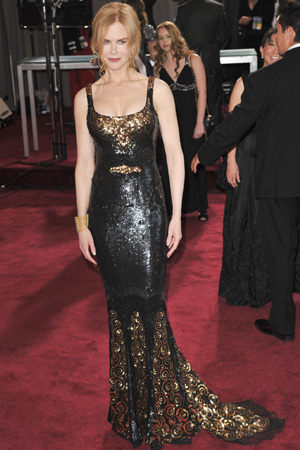 “Nic’s hair and makeup team continue to get it right! Many try to emulate the Kidman look, but only she can do it, making it look effortless and understated but definitely red carpet worthy. NIc’s look overall was age appropriate, balanced and executed to perfection!” 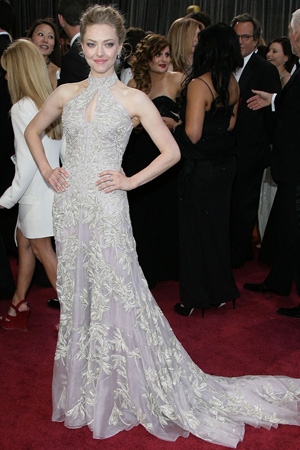 “She was almost there — her hair could have had more ‘edge’, with less height and a ‘positive charge’ near the temples only. But Amanda’s makeup was great, even though her eye shadow needed more blending and a lip stain would have finished her look. A little more of an edge would have made this look a 10/10.” 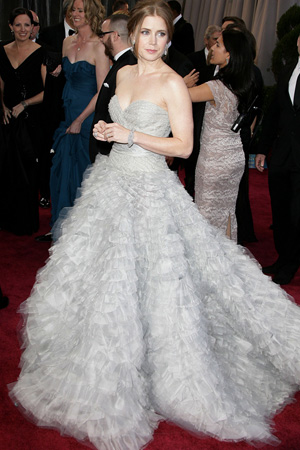 “Love her as an actress, but she never looks ‘finished’ on the carpet. This year was characterised by drab hair colour and non-committal makeup; her look needed to be more polished. She is a beautiful woman, yet her team need to push her hair and makeup into a more editorial look.” 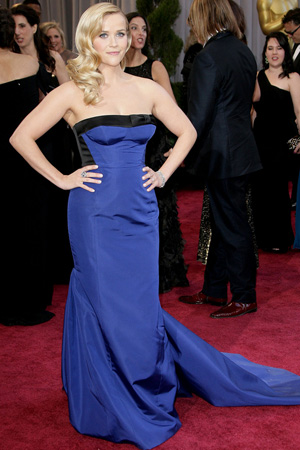 “Reese needs to brush those waves out and avoid looking ‘too done’. Her eye shadow was the wrong hue to suit the overall look and if she had worn a bold lip, this would have lifted her look.” 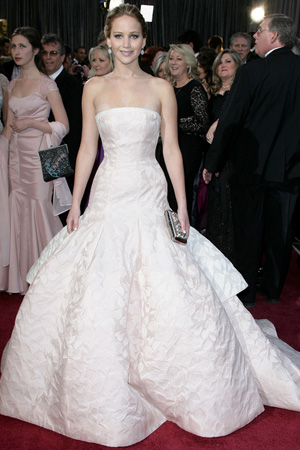 “Once again, another beautiful actress, however, to me, this was a particularly bridal look, not one for the red carpet! Her hair was not appropriate for this dress — instead, a great slicked-back chignon at the nape would have worked. There needed to be less eye makeup, and more attention to the lashes and the lip colour.” 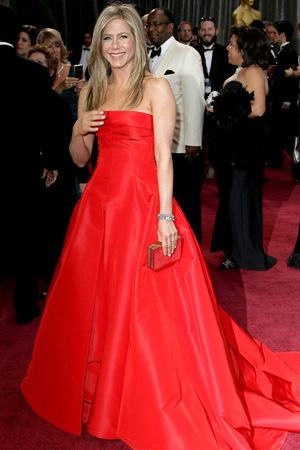 “I’ll sum up Jen’s look with one word — blah! It’s the same look but a different decade! A dark eye and her hair pulled back would have worked. She looks like she just came from her fitting. Too undone and boring for me.”