As the editor of CLEO magazine, Gemma Crisp had the job a million girls would die for. In between viewing fashion shows, mingling with celebrities, overseeing photo shoots and attending fancy soirees, she also somehow pulls together a monthly magazine! 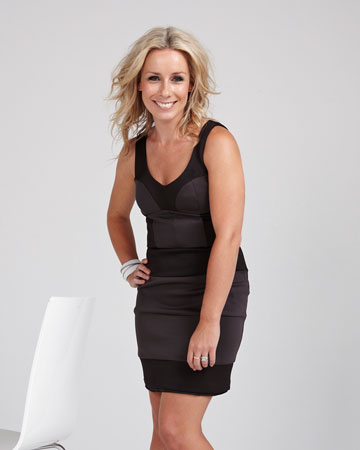 Here she shares the juicy details behind her move from magazine maven to best-selling author.

SheKnows AU: How did you get your start as a writer?

Gemma Crisp: I guess it depends on your definition of “a writer” — Be Careful What You Wish For is my first novel, but I’ve been a magazine journalist for the past 13 years after getting my foot in the door of the magazine industry via a three-month unpaid internship at British Marie Claire. Since then, I’ve worked on various titles such as Girlfriend, Women’s Health, New Woman, NW, OK! and have been the editor of two iconic Australian titles, DOLLY and most recently, CLEO.

SKAU: How many books have you written?

GC: So far, just the one… although a sequel to Be Careful What You Wish For has just been confirmed, so I’m frantically bashing out another manuscript as fast as my fingers will let me!

SKAU: When did you know you wanted to be a writer/novelist? 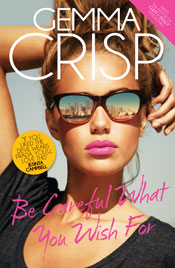 GC: I’ve always loved reading — I grew up on a sheep farm in Tasmania where there wasn’t a lot to do if you weren’t interested in shearing, fencing or riding a tractor! I was also good at writing — I was the dux of English at my school and the editor of the school magazine. However, it never really occurred to me that I could make my love of writing, reading and magazines into a career until I was doing the typical Aussie two-year working holiday stint in London. Being unhappy with my current job, I decided I had nothing to lose so sent off a couple of work experience applications to some magazines, scored the internship at British Marie Claire and knew after the first day that I’d found my perfect match.­­­­

SKAU: How did you get your literary “big break”?

GC: I’d love to have a J.K Rowling-esque story of slaving over my novel for years and getting rejected by publisher after publisher until finally getting my big break, but it couldn’t have been more different — I was actually approached out of the blue by my publisher at Allen & Unwin, who wanted to know if I’d ever thought about writing a book. As I was the editor of CLEO magazine at the time, we decided a chick lit book would be the most appropriate so I came up with a story outline, submitted it, and the rest is history…

SKAU: Where do you draw inspiration for your books?

GC: Be Careful What You Wish For is based around the Australian magazine industry — lots of women see it as being very glamorous but I wanted to show that it’s not all French bubbles and blowdries. While the story is definitely fiction, I have taken inspiration from a few real-life events and if a particular celebrity or two happen to read it, they may find some characters uncannily familiar…!

SKAU: What is the biggest stumbling block you’ve encountered when writing a book?

GC: I was working full-time in a very demanding job when I wrote my novel, so having the discipline to write every weekend after a full-on week at work was definitely the biggest challenge. I also found I wrote best with minimal distractions — I started writing it on the couch in my living room, then moved to the kitchen table and ended up at a desk in the corner of my bedroom facing the wall!

SKAU: Outside of writing, what are you passionate about?

GC: I’m one of those boring people whose hobby is also their job — I love reading, whether it’s magazines, books or newspapers. I’m also a big AFL fan who loves nothing more than watching an Adelaide Crows game in my local pub with my amazing bunch of friends — even though I’m the only Crows supporter among them! Unfortunately, having just relocated back to London for a year, that won’t be happening for quite some time!

SKAU: What advice do you have to aspiring authors?

GC: Read as much as you can from as many different voices as you can — it doesn’t matter if it’s books, blogs or tweets. Once you’ve discovered the voices you like, ask yourself why you like them, then try to incorporate that in your own writing. Developing your own tone is so important; it’s what keeps readers coming back for more.

49 mins ago
by Kay Snowden

59 mins ago
by Olivia Harvey