Sightseeing, though we’re meant to enjoy it, can be very dull. It’s magnificent sure, but it does little for the heart. It’s just gold or brick or stone arranged nicely. There is, however, a solution. It’s simple. It’s the story of the site. 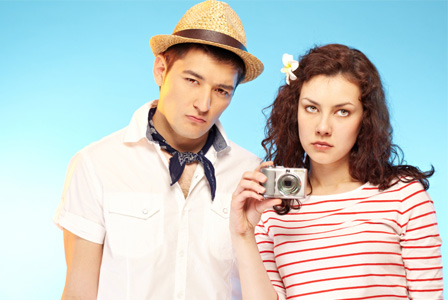 In China’s Sichuan province I went to see what must be one of the tallest Buddhas in the world. Its toenail is larger than a person. I took photos. My friends and I marvelled. I was bored. After initially being taken away by its scale, I was left with nothing more. True, I knew it was an impressive feat. True, I knew it likely took a long while to build. True, it was a sight that was pleasant to the eye. But I could go no further than that.

Many years earlier I had travelled to Vietnam. In the centre of Ho Chi Minh city (also known as Saigon) is a rather less impressive feat of design: Reunification Palace. Much of the building has the bland, square design of 1960s architecture. It has nice grounds, but nothing that, on its own, is worth writing home about. The whole time, however, I was enthralled.

The difference was simple. For a time I was fascinated by Vietnamese history. I had read novels set in the country. I had watched movies. I had read about its history (for which Reunification Palace acts as stage to many acts). The country was somewhere in my heart. So when I arrived it meant something to be in the place, to see the sites.

This is the trick to enjoying sights. Know their story.

This need not be anything approximating homework. In fact, four enjoyable pathways are offered.

The first is to find fiction set in the country. Anthony Grey’s Saigon opens up Vietnam, its smells and personality and travails. Steven Spielberg’s adaptation of Empire of the Sun makes Shanghai’s Bund so much more than its current iteration as a 21st century edifice of glass, flashing lights and steel. Midnight in Paris or Amelie do much for giving the many sites of Paris just that touch more romance. Shakespeare in Love gives a sight into the Globe Theatre that a placard will never approach.

Second is to search out the best in travel books for the country you’re heading to. They will go to the places you’re going, and they will, for only a small initial price, act as a whole-country tour guide. Bill Bryson’s books will give much more than insight into sights. It will give something as simple as mail a whole new and witty timbre.

Third, perhaps most painfully, look into some history books. The best are those that blend engaging stories from centuries past with travel writing. I am reading a history of mid-19th century Europe. Paris is fast becoming even more of an enticing prospect. I want to see and hear and smell the streets and cafes I read about — where people roused the crowd in speech, or fought wildly, or proposed world-changing ideas. The rivers of China have gained a standing in my mind simply because I’ve been learning about their millennia-long importance. To travel along them, near them, over them, by them is exciting simply because of a book once read.

Finally, is music. When I experienced New York’s Broadway and Fifth Avenue I did so with exhilaration. It wasn’t the buildings per se. Not even the lights. It was my love for jazz, an art form so tied to the city. Just off Broadway I found a jazz bar. This was, for me, an act of sightseeing. It was much more than some monument advocated in The Lonely Planet. It was a place I had to see and hear.

A book, a movie, a song, will always give the sights of a country, in fact the whole country itself, that extra chunk of interest. Avoid boredom. Learn a place’s story.