Taiwan is often forgotten as a destination, Taipei a forgotten city. It shouldn’t be. It is a prime travel destination — one Lonely Planet recently recommended, putting it in their top 10 places for 2012. Here are the top 10 things to do to keep you busy in Taiwan. 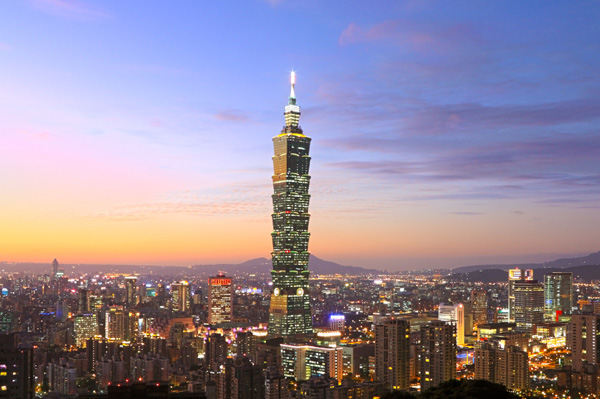 See it. Definitely see it. To be sure, if you’re in Taipei, the capital of Taiwan and its largest metropolis, you can’t not see this magnificent building. The tower, which rises half-a-kilometre into the sky, is a beautiful structure of eight outwardly tapering sections. It takes on the image of a modern, soaring pagoda — in fact, such religious buildings were a source of its architectural inspiration. A tip: Go to the top of the building in the hour before sunset. The light of the setting sun across the sky — greens, reds, oranges — is beautiful above the modern bustle of Taipei.

The New York Times, The Miele Guide and Anthony Boudain all love it and it has a Michelin star. It is Din Tai Fung restaurant and, though its branches now stretch across the world (including Sydney), it all began in Taiwan.

Din Tai Fung is renowned for a particular seemingly humble meal: the dumpling. Its Xiao Long Bao is incredible, with exact dimensions and a broth that is perfectly smooth and supremely rich in flavour.

The very first restaurant, a small hole in the wall with an upstairs extension, can be found in Taipei on Xinyi Road. The line to enter is long, the food excellent and the price reasonable — more so than its globe-trotting siblings.

I talked of Taroko Gorge with a Texan-based friend in Taipei. The conversation dissolved into a litany of compliments, each preceded with an expletive to add emphasis. The gorge, in Hualien on the east coast of the island, stretches for nearly 20 kilometres. It boasts a dramatic canyon, golden Buddhas in caves and shrines — many of them from the Japanese colonial period.

Kenting, in southern Taipei, offers the white sand aquatic experience for those not expecting it in East Asia. For a nice beach, consider Baishawan (White Sand Beach). Those who like waves can dip into the water for a surf at Jialeshui. And, like with Taipei, expect night markets here, too.

Beautiful art, brilliant and very antique furniture, sculptures and other priceless artefacts of China’s dense history are all on display at the National Palace Museum. The museum houses possibly one of the best collections of important Chinese historical items in the world. Be warned, it is an exhausting exercise, but worth it, if only for that one item that resonates in the mind.

For me it was a single, landscape image many metres in length called “Along the River During the Ch’ing-ming Festival” by court painters from the Qing Dynastry. The work encapsulates the entire process of society: farming, trading (both naval and overland), festivals, buskers, childhood play and a sonorous palace — all captured on the canvas.

Up next: More things do, see and eat in Taiwan >>