Whitney Port was just a young intern at Teen Vogue when MTV decided to film their new reality show The Hills in the Teen Vogue offices. Whitney quickly gained popularity as part of the cast. She followed up with a spin-off to a new show called The City, which followed her foray into a job working for Diane von Furstenberg in New York City. 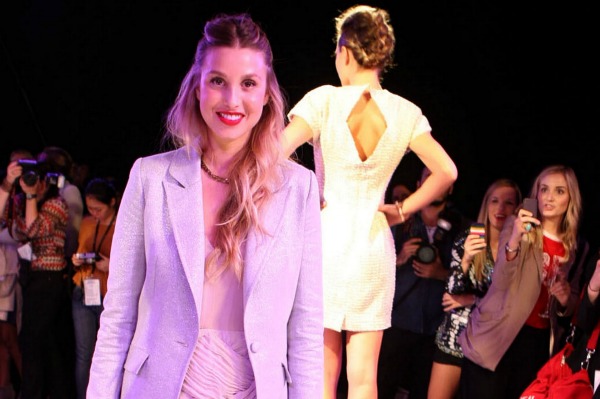 When did she become a designer?

After working in various capacities in the fashion industry — including several magazine internships and the stint at Diane von Furstenberg — she discovered that her true passion was design. In March 2008, Port debuted her first fashion collection, called Whitney Eve, which was included in a runway show during New York Fashion Week in 2009.

Do you follow any of these celebrity fashion icons? >>

What has she been up to lately?

Since launching her eponymous line, it seems she has become quite a fashion icon. Celebrities including Nicky Hilton, Heidi Klum, Jennifer Love Hewitt, Isla Fisher and Kim Kardashian have been spotted wearing her designs. Her collection, Whitney Eve, features soft, feminine fabrics and eclectic mixes of menswear-inspired pieces. She creates custom prints each season, which keeps her creations unique. She has also been chosen as a judge for the show Britain & Ireland’s Next Top Model, alongside Elle Macpherson.

How to become an eco-fashion designer, Aussie-style >>

Port unveiled two of her fashion lines at Mercedes-Benz Fashion Week in Sydney this year. “There’s Whitney Eve, which is the collection that I started everything with — it’s my original collection,” says Port, when asked about the unveiling. “And then there’s WE by Whitney Eve, which is something a little bit more wearable and affordable and kind-of [an] everyday aesthetic.” She is the first international designer to unveil a fashion line at Australian Fashion Week.

If you love clothes with feminine touches, beautiful fabrics and a bit of menswear structure be sure to check out Whitney Eve and WE by Whitney Eve. It seems that Whitney Port has broadened her appeal far beyond reality television.