Skin cancer risk doesn’t discriminate in Australia. Between 1993 and 2003, melanoma incidence in women rose by an average rate of 0.7 percent a year, resulting in a total increase of 6.8 percent for this period, according to Cancer Council Australia. 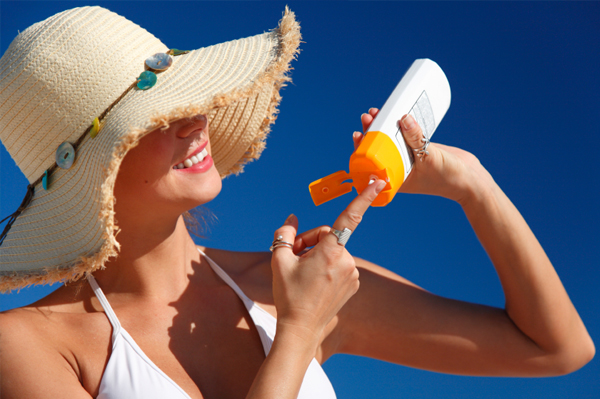 Unfortunately, it’s Australia’s location that immediately puts its residents at a greater risk for skin cancer. Not only does it have a warmer climate, but it sits near a hole in the ozone, which is considered the region above Antarctica where the ozone level is below 220 DU.

It affects Australia because particles of air depleted of ozone combine with mid-latitude air and move north from Antarctica over the southern part of Australia. The ozone hole starts to appear in September and breaks up in December, which marks the start of summer for Australia, and is nearly three times the area of the country.

“Countries that have warmer, sunnier climates and are closer to the equator tend to have higher instances of skin cancer,” says Sinead Norenius, a licensed aesthetician, celebrity spray tan artist and editor-in-chief of self-tanning blog. “The more a person is exposed on a daily basis and the more direct UV exposure a person gets, the higher the risk of skin cancer. Australia, unfortunately, has some of the highest instances of skin cancer in the world due to its geographic location, close proximity to the equator and the diminishing ozone layer/hole near Antarctica. Australians are exposed to 15 percent more UV radiation than people in Europe and other countries.”

Norenius says people who spend a lot of time in the sun, even if they use sunscreen, and those who use UV-tanning beds or have in the past are at high risk for developing skin cancer. In Australia, almost 14 percent of adults, 24 percent of teenagers and 8 percent of children get sunburnt on summer weekends, according to Cancer Council Australia.

Additional risk factors, according to the Australian Government’s Department of Health and Ageing, include people who: