As Australian bicycle sales continue to outstrip motor vehicle sales and prove resilient in the face of a slowing economy, the next evolution – the electric bike or E-bike – is taking off around the world. 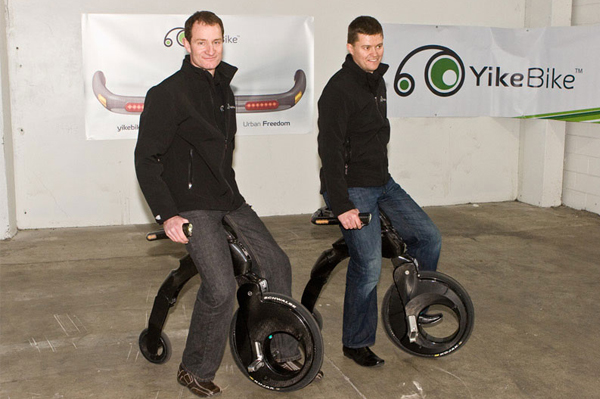 “Australians are not just buying bikes, they are using them increasingly frequently. Census figures show a 28% increase in riding to work across Australian capital cities, with Melbourne’s growth soaring to 48%. This growth is largely centred upon the inner-city, with superior levels of bicycle infrastructure,” says Elliot Fishman, policy advisor with the Cycling Promotion Fund.

Meanwhile E-bicycle use and sales have also seen significant growth around the world, particularly in countries with high bicycle use, as a growing number of people are searching for convenient alternative transport options. It seems the age of electric mobility is getting closer to an increasing number of people and technology is ready to change to a new era––from oil to electricity.

Last year 23 million E-bikes were sold worldwide, and the number is expected to double by 2012, says Electric Bikes Worldwide Reports, a biennial publication tracking the industry, with markets flourishing in China, India, Europe, and the U.S.

A result of five years of research and development, the YikeBike is the smallest, and at less than 10kg, the lightest electric folding bicycle available in the world. It’s designed to give people freedom to commute easily and quickly in crowded urban environments with a minimal carbon footprint.

“It came out of a vision for a transport revolution – asking the question about what sort of radical new transport device would help address the challenges of people navigating our increasingly crowded, polluted cities,” says inventor Grant Ryan.

The YikeBike also has a radicallydifferent riding position, steering mechanism and wheel configuration, giving a safe smooth ride while folding up to a super small size. It does this by replacing chain, gears, pedals, brake pads, cables and levers with a powerful light, 1.2 kW electric motor and smart electronics.

More and more people in the world now live in cities and can’t easily take their cycle with them on a bus, train, car, up an elevator and store in their apartment – the YikeBike solves these problems by being much simpler, smaller and lighter.

Will this new ride revolutionise urban travel? Perhaps not… but it certainly provides an entertaining glimpse at what the e-future might hold!

To find out more visit www.yikebike.com

More on Home and living articles