Though there are certainly hundreds of fashion designers and labels with roots in Australia, let’s take a look at some that have risen (or are rising) to the top. Here are some of the top names in Australian fashion. 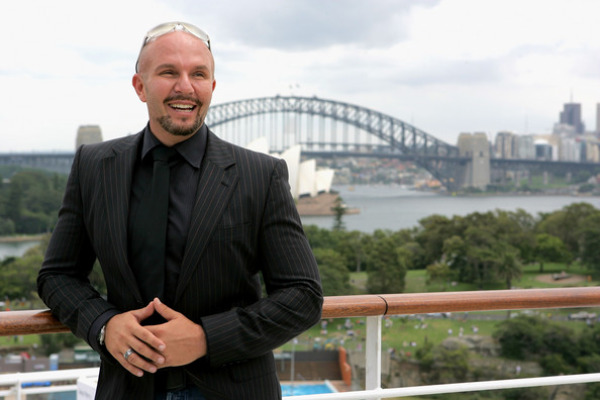 Alex Perry is the most glamorous Australian fashion designer, known for his amazing gowns and red carpet fashions. He’s been on the scene for many years. After studying at East Sydney Fashion Design Studio, he began his foray into Haute Couture in 1992. His salon opened in the Double Bay enclave in 1994, where he began to get serious attention from celebrities and socialites. From Elle Macpherson to Eva Longoria, celebs around the globe have donned Alex Perry fashions. Engulfed in Haute Couture gowns, Alex Perry launched his first ready-to-wear collection in 1998.

This Australian label burst on the scene in 2004. The Sydney-based label become almost an instant success and is known around the world. Camilla Freeman-Topper and Marc Freeman are the brother and sister team behind this boutique label. Featuring trend-setting designs in women’s appeal, Camilla and Marc is sure to continue to grow by leaps and bounds.

Another Perry is on the list of Australian fashion designers. And no, this isn’t the singer Katy Perry, though the two were involved in a lawsuit over the name. Katie (with an “ie”) is a young designer that uses Australian jersey fabrics and is known for her luxury loungewear. Katie Perry has developed the popular Padding Markets label online, as well as through her own retail store in Sydney.

Australian rock clothing designer and custom tailor is known for dressing rock stars and celebrities that include Brian Setzer, Ozzy Osbourne, Judas Priest, Motley Crue and many more. After working as a designer in a leather store in Melbourne, the owner offered him a partnership in the business. From there, Ray Brown relocated to London in the late 70s where he began designing clothes for musicians. Eventually he made his way to Los Angeles with only $300 in his pocket. He was commissioned to create an outfit for Tommy Shaw (guitarist) to wear in a Styx video and his career with the rock stars was launched from there.

Claude Maus is a boutique label that offers jeans, leather jackets and other apparel for both men and women. Rob Maniscalco is the real man behind the Australian fashion label. The label started out with a strong underground cult following in Australia, as well as Europe, Japan and North America. In recent years, it has become more and more well-known among mainstream shoppers. Their first signature flagship store was opened on Manchester Lane in Melbourne. 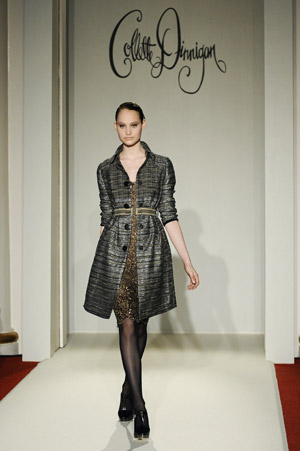 Collette Dinnigan moved to Australia to begin her fashion career after attending Wellington Polytechnic. Her own label was born in 1990 and her pieces were quickly snapped up by top boutiques and department stores throughout Australia and New Zealand. As more and more major department stores began to feature her designs internationally, her presence in the fashion scene was established. In 2006, she was featured in the “My life. My card.” American Express ad campaign. Today, celebrities from Charlize Theron to Angelina Jolie and Kate Bosworth to Halle Berry can be spotted wearing Collette Dinnigan designs.

After growing up in Tasmania, Alannah Hill found herself in Melbourne at the age of 17. After getting a job in a fashion store, Alannah began her rise in the fashion scene. Nine years ago, she established her own label and today she has nine fabulous boutiques throughout Australia. Through hard work and obvious talent, she is establishing herself as a booming designer in the Australian fashion world.

Australian Geoffrey J. Finch and Ashe Peacock initially developed the womenswear label Antipodium as a London-based retail store in 2003. As they stocked other collections, they began to realize that some gaps needed to be filled. After calling upon Ashe’s sister Fenella to help, their own clothing label was born. At the Spring/Summer 2007 shows at London Fashion Week, Antipodium’s Buttons Up! collection was launched and was met with much praise. Since that time, Antipodium has attracted over 100 buyers from around the globe and is now finding itself in mainstream department stores.

More on fashion and styling