When visiting New South Wales, your first destination will probably be Sydney. The city has a lot to offer including historical landmarks, wildlife parks and amazing beaches. However, Sydney isn’t the only place to visit in New South Wales. Read on to learn more about the Sydney and other must-see tourist spots in New South Wales. 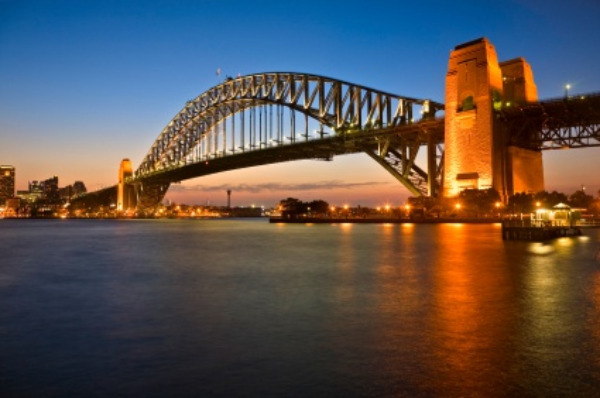 In the state of New South Wales, you will find Sydney — the largest and most well known city in Australia. There is plenty to see in Sydney including the Sydney Opera House, Sydney Tower, Sydney Harbour Bridge, St. Mary’s Cathedral and much more. You will enjoy Featherdale Wildlife Park, Royal Botanic Gardens, Taronga Zoo and Sydney Wildlife World. For beautiful days in the sun, the white sand beaches on Sydney’s eastern shores are very popular destinations from September through May. 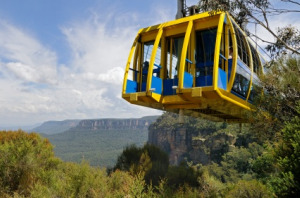 The spectacular rock formations and breathtaking scenery of the Blue Mountains make it a popular daytrip from Sydney. If you are visiting in the summer, you may just want to escape the heat of the city by visiting the mountains. In the wintertime, however, the Blue Mountains are a popular place for visitors due to the annual Yulefest, which takes place from June to August. If you are looking for Christmas in July, this festival is definitely the place to be. In the Blue Mountains, you can enjoy four-wheel adventures, cycling, fishing, horseback riding, guided bushwalks and much more. Don’t miss the Scenic World, where you can experience the Scenic Skyway and its glass floor, among a number of other attractions.

If you are looking for a hot surfing spot in New South Whales, head to Byron Bay. Though it may get crowded in the summer months, the waves are worth it. Byron Bay also offers fantastic bars and restaurants, as well as numerous music venues. At Cape Byron, on the most easterly point of Australia’s mainland, you’ll find the beautiful Byron Bay Lighthouse. The views are spectacular and the trails near the lighthouse feature beautiful scenery and a wide array of wildlife. At Broken Head Nature Reserve, you can tour the rainforests and bush surrounding Byron Bay.

Whale watching in the town of Eden is something that shouldn’t be missed. Located in New South Wales, Eden offers prime whale watching in October and November as the whales make their southern migration between Antarctica and the warmer waters to the north. While in Eden, explore Ben Boyd National Park for amazing coastal scenery. Don’t miss the Eden Killer Whale Museum as well as Greencape Lighthouse.

Two and half hours drive north of Sydney, you will find Port Stephens, which features beautiful beaches and bays. Don’t miss Lemon Tree Passage — the entire peninsula is a koala habitat. Wildlife and marine life are plentiful in Port Stephens. Over 165 bottlenose dolphins live in the port itself. You can often see them from shore. You can also take a tour (or rent a boat) to go dolphin watching. At the Australian Shark and Ray Centre, you can stand knee-deep in water with sharks and handfeed them. Numerous other attractions are located in and around Port Stephens including wineries, spas, museums, gardens and much more.

If you love the mountains, The Snowies might be a prime destination for your trip to Australia. The Snowy Mountains are Australia’s highest mountain range and feature Mount Kosciuszko — the mainland’s highest mountain. Located in southern New South Wales, they are part of the Australian Alps. The Australian Alps Walking Track is a popular tourist spot with thousands of people walking to Mount Kosciuszko each summer.