There are several chains that do allow dogs to come inside at will (mostly), and we have the photos to prove it.

Remember that this list is only of the places your dog may be allowed. Even places that do allow pets will usually have rules about the circumstances, so it pays to check those out before you go. For example, many of them won’t allow dogs classified as a bully breed, regardless of the canine’s personality.

They may also require that dogs be up-to-date on their shots, be leashed or muzzled or any number of safety precautions. Don’t be upset if they ask you to leash them or ask your pooch to leave. My little bombastic mess of a Jack Russell-Chihuahua mix has to be locked in a carrier — and that’s at his vet’s office!

With the number of big-box pet stores offering services like veterinary care, training, doggy day care and more, this is no surprise, but do make note that you need to see what the rules are before rolling in with Rover. 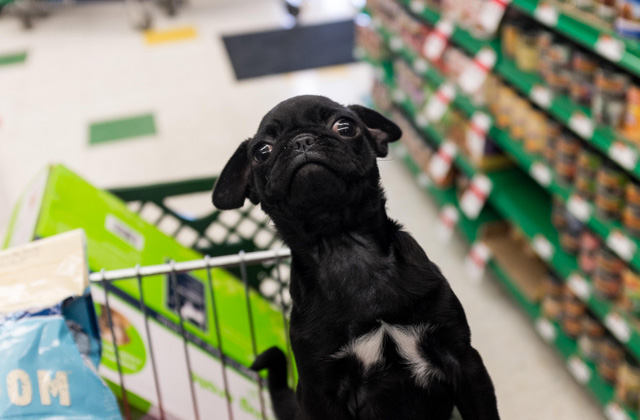 This is Violet’s first trip to Pet Supplies Plus. Alright! Alright! You can have another bacon treat. 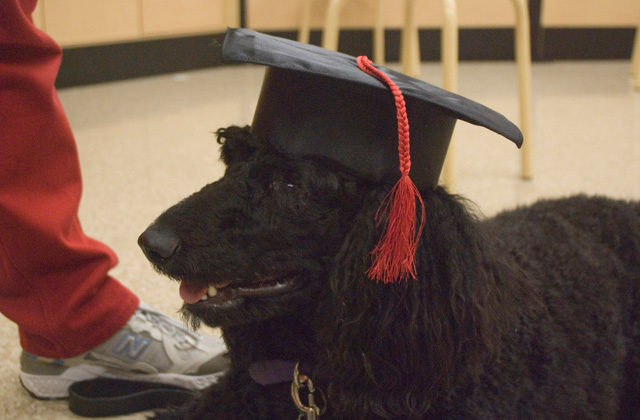 Læta just graduated from PetSmart and plans to sit for the bar early next year.

Because of their wide concrete aisles, it’s not uncommon for home improvement stores to allow dogs on leashes, but it varies from area to area, so check first. The policy isn’t nationwide, and stores may only allow dogs during certain (less busy) hours during the day. 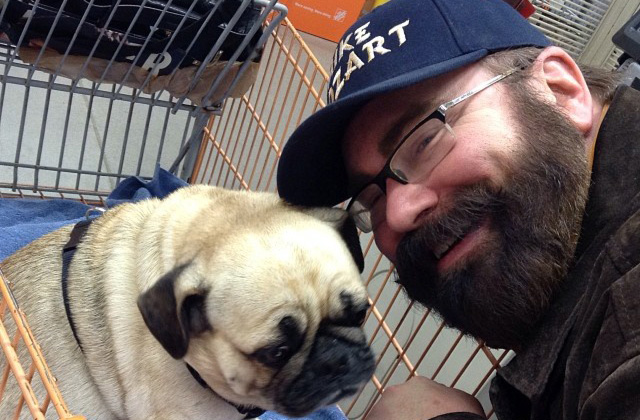 Methinks somebody’s pouting because it just found out there are no hydrants in the fire extinguisher section. 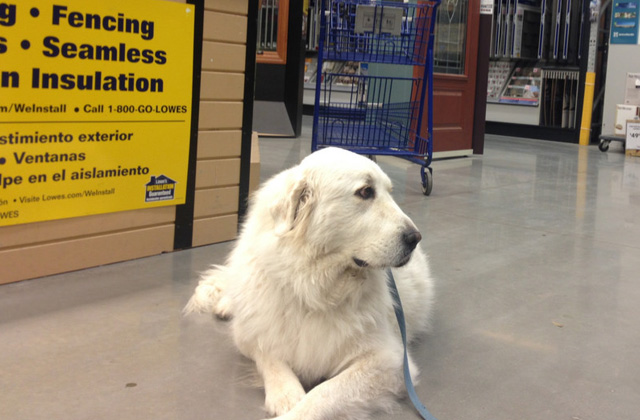 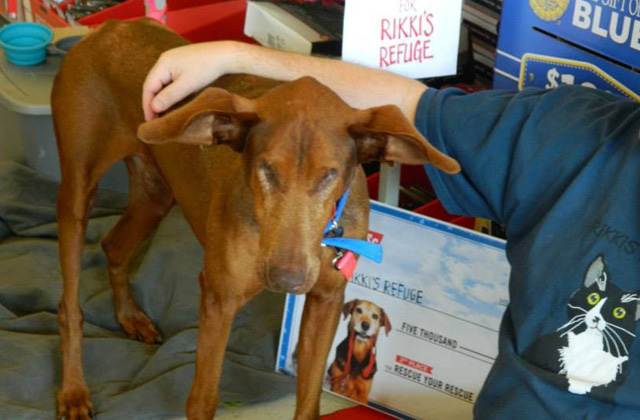 This little guy is receiving a check for a cool $5K for second place in the Rescue Your Rescue photo contest hosted by Tractor Supply Co.

It’s not uncommon for outdoor malls to allow you to take your pets around outside if they’re well-behaved (and you have a good stock of poop baggies at your disposal). But it’s up to the individual stores to decide if animals are allowed in their establishments. I heard a rumor you can carry your small dogs in your purse on Rodeo Dr. so long as they’re wearing their diamond-encrusted collars, but I’m not sure how reliable Paris Hilton my source is about that. 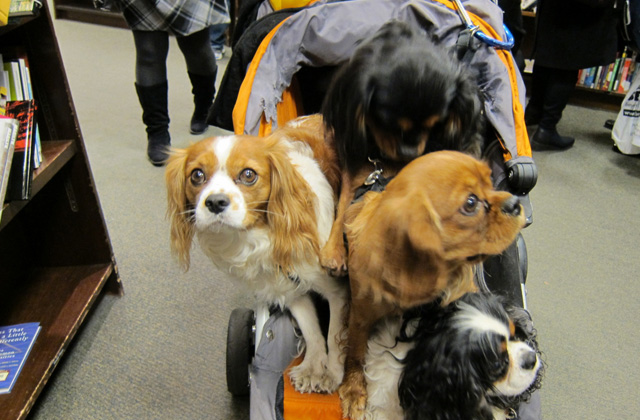 The Marmaduke book signing always brings them out by the stroller-ful. 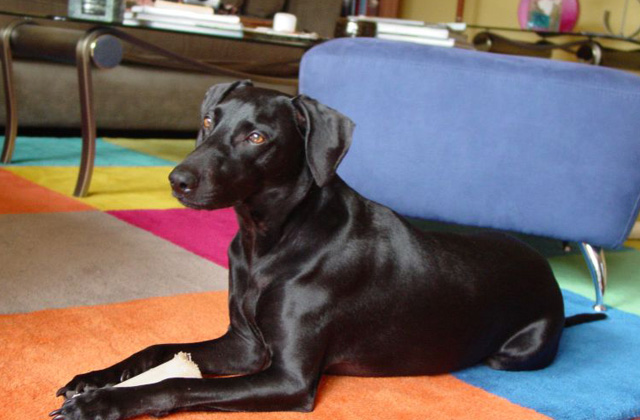 While they encourage you to try out the floor models to make sure you’re comfortable with the purchases you make before you buy, most home furnishing stores prefer that you leave your clothes on, unless you’re a four-legged family member.

Most of the Apple Stores I’ve been in have allowed at least small-breed dogs, though I’ve seen associates request that owners carry their dogs when there’s a lot of foot traffic. 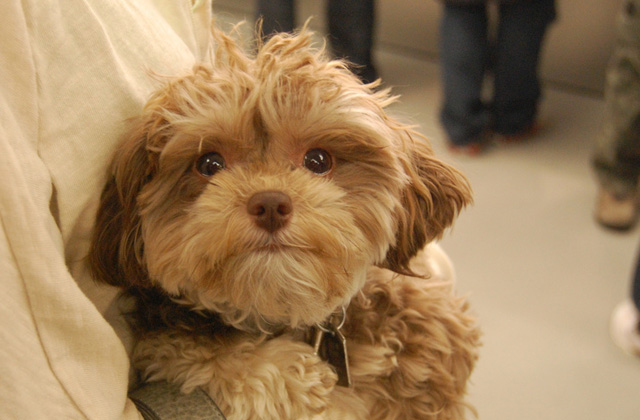 Taking advantage of the new Ewoks for iPhones trade-in program at the Apple Store in Vancouver. 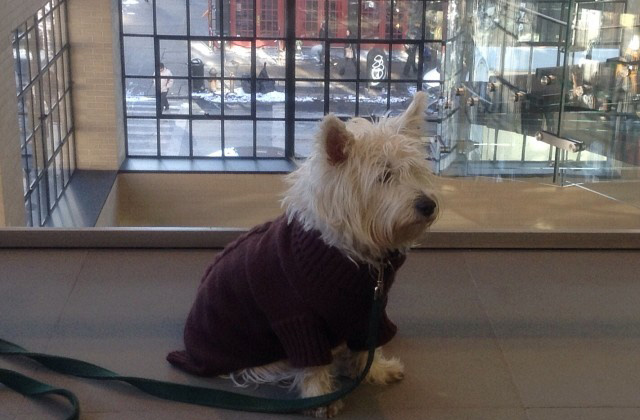 Waiting in line for the new iPhone 6 Plus. Finally, an iPhone for these big paws. 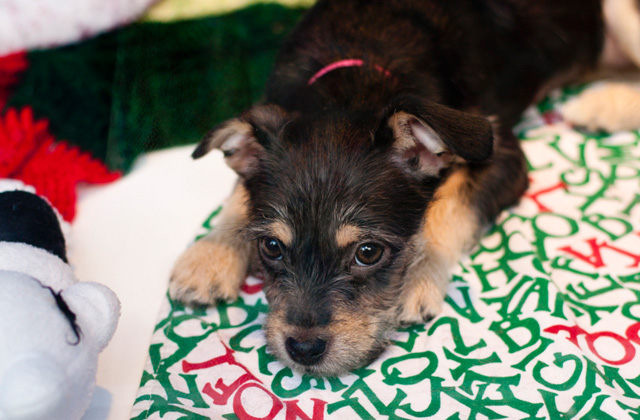 How much is that puppy in the window? Literally, take my money right now. (You win this time, Macy’s.) 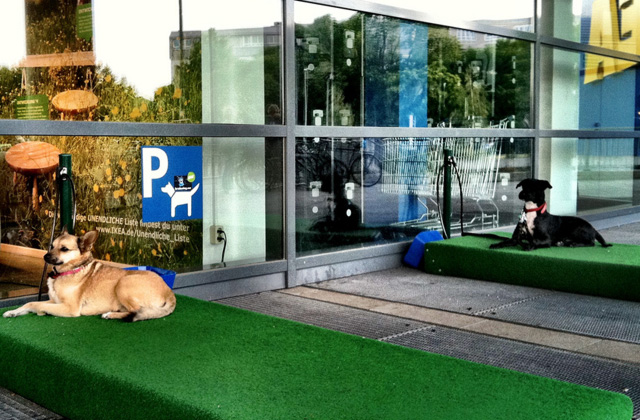 The blue zone is for loading and unloading only. Ikea may not let you walk around the store with your pet, but it gives you a place to park ‘em. Kid parking is just inside the front doors.

Most Starbucks are probably only going to let dogs on the patio since they serve food. 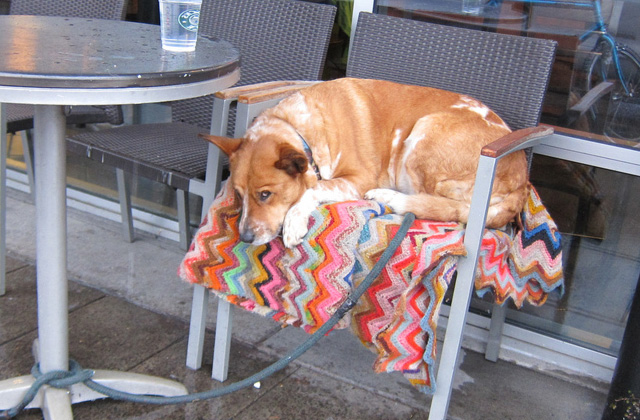 This guy is just worthless before he gets his morning triple, venti, half-sweet, nonfat caramel macchiato.

More in places to take your dog