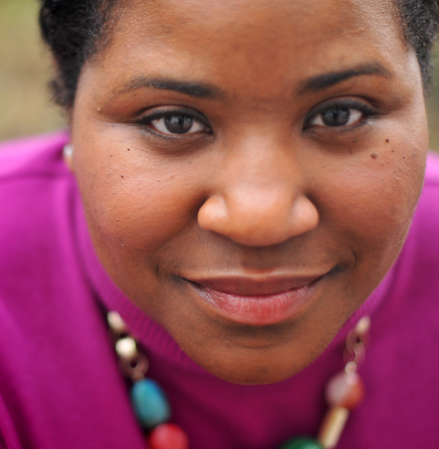 You remember Trayvon Martin, right? The black Florida teenager shot and killed while walking through his suburban neighborhood. The teenager senselessly murdered by neighborhood watchman George Zimmerman, who was subsequently acquitted of second-degree murder and manslaughter. Trayvon Martin, the 17-year-old who was murdered simply because he looked threatening with his hoodie up while carrying a pack of Skittles.

Related story How to Talk to Young Kids About Violence, Hate & Other Terrifying Things

Now do you remember?

In the years since Trayvon Martin’s murder, a wave of protests has gone through this country, from New York to Missouri to California. Protests with a singular message that #BlackLivesMatter. We have watched acts of violence toward black men born out of fear, but with the news of another unnecessary black death has been a spark for a new civil rights movement. A movement that finally recognizes the brutality shown toward communities of color. But movements fizzle, and I have to ask myself, what happens next?

When Trayvon Martin died, people across the internet put their hoodies up in protest. His name became a trending topic on Twitter. As with anything that is trending, people who wouldn’t normally discuss issues related to race decided to chime in, because if it’s trending, then it must be important. Everyone needed to have an opinion. Then there was Zimmerman’s trial and the subsequent verdict. Again, the outcry caused a trend, and once again, everyone had something to say. Today is Trayvon’s birthday, and I have seen a few tweets mentioning his name and remembering this child gone far too soon. Then it’s back to discussing Saved by the Bell on Jimmy Fallon and whatever Brian Williams said or didn’t say. How soon we forget.

I wonder, in this day and age, where attention spans roughly 140 characters, if pervasive societal issues are out of sight, then are they out of mind? Just because systemic racism isn’t trending, do people think it’s not happening?

#BlackLivesMatter is still being shouted across the country. The deaths of Trayvon Martin, Michael Brown and Eric Garner have served as a catalyst for this movement, and though their names are no longer on a sidebar, that doesn’t mean we should forget. Though I suppose we’re on to the next big thing for outrage instead of continuing a much-needed conversation on communities of color and the disproportionate amount of violence toward African-American boys and men.

Today, on his 20th birthday, Trayvon Martin isn’t a trending topic. Neither is #BlackLivesMatter. But brutality and racists don’t stop simply because they aren’t mentioned at the top of a news broadcast. We aren’t “post-racial” simply because race hasn’t been mentioned among your group of friends. Racism doesn’t end when it’s no longer discussed on Facebook.

In the coming weeks, Trayvon’s parents will be speaking in Nebraska and Texas on behalf of and in memory of their son. They will be speaking on peaceful protest, social justice and the importance of African-American lives. They will continue to bring awareness to their son’s life, because awareness leads to conversation. Conversation which is imperative, because if we don’t talk about what is happening and what has happened, we are quick to forget. Forgetting leads to repeating the same actions. We will continue to be a part of a vicious cycle if those of us who do care do not stop shouting from the rooftops that black lives matter. That Trayvon Martin’s life mattered and continues to matter.

After Eric Garner, what am I supposed to tell my son?
High school athletes banned for wearing ‘I can’t breathe’ shirts
Racism is still a problem in America