When The Sun appeared to have dropped Page 3 we all wondered if it was too good to be true. Well, it seems so. But who will have the last laugh in this ongoing saga? 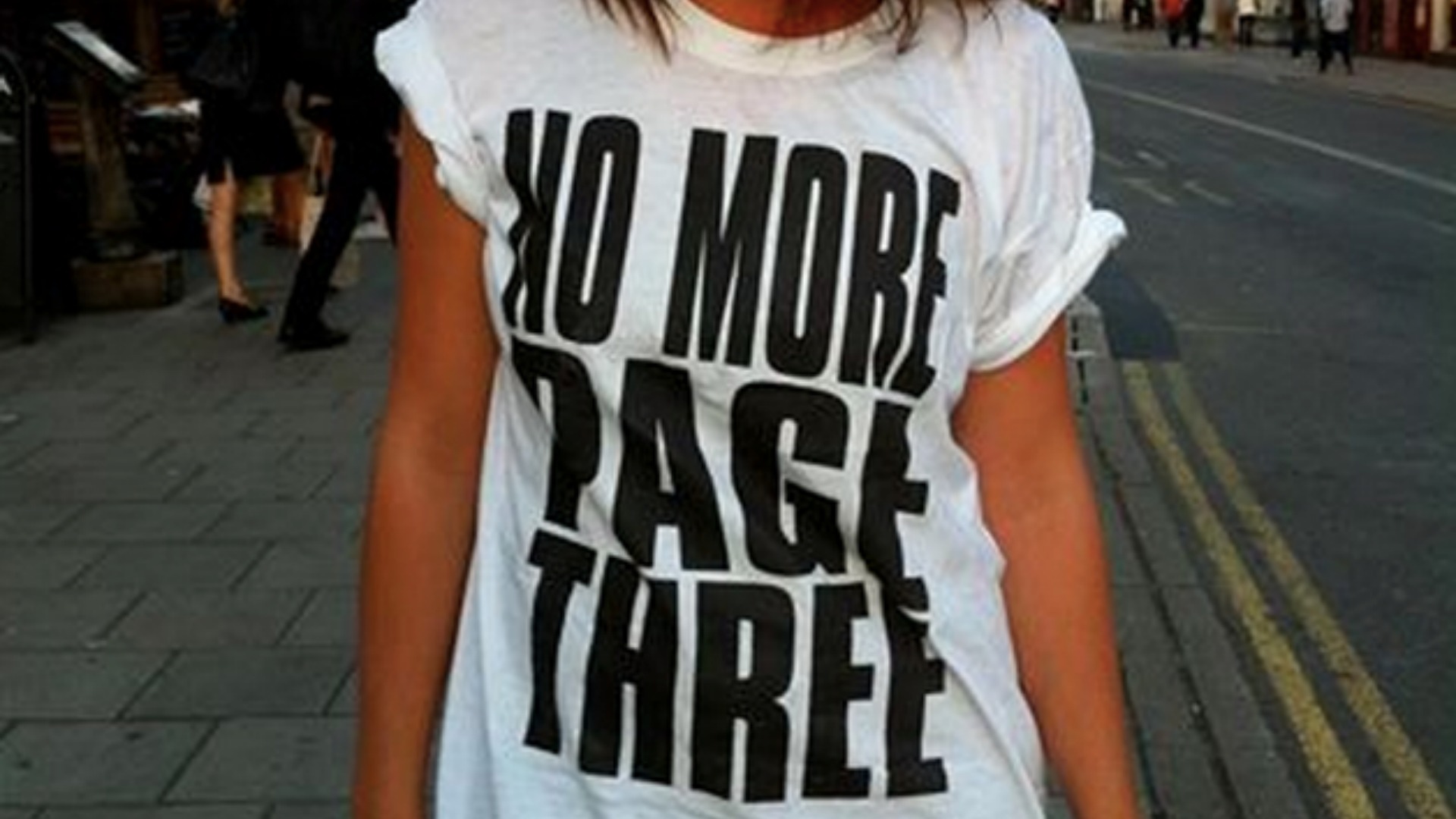 In the absence of an official announcement from The Sun, the rest of the media cautiously assumed that the rumours that Page 3 was no more were true. Even The Times, a News International sister paper to the bare boob-loving tabloid, ran a story in Tuesday’s newspaper headlined “The Sun has got its top on… page 3 covers up after 45 years.”

Sources at the News UK group-owned newspaper reportedly told The Guardian that the feature had already been quietly dropped, potentially marking the end of a four-decade-long tradition which has been labelled outdated and sexist by campaigners, the most prolific being the group behind the No More Page 3 campaign, led by Lucy-Anne Holmes.

More: So we thought Page 3 was gone from The Sun for good — we were wrong

But how wrong we were. Wednesday’s edition of The Sun featured Nicole, 22, from Bournemouth, in all her topless glory, with the following caption:

“Further to recent reports in all other media outlets, we would like to clarify that this is Page 3 and this is a picture of Nicole, 22, from Bournemouth. We would like to apologise on behalf of the print and broadcast journalists who have spent the last two days talking and writing about us.”

“This one’s for @lucymanning , @GreensladeR , @KayBurley , @steve_hewlett , @HarrietHarman and many, many others…” tweeted Sharpe, alongside a photo montage of the newspaper’s winking topless Page 3 model.

Since then Sharpe has received death threats, a stream of abuse and is the subject of a dedicated hate campaign. He did issue a public apology today, using Buzzfeed as his platform, but many have been quick to accuse him of “gloating,” making “a pathetic attempt at a defence” and revelling in his “banter.”

The No More Page 3 campaigners have expressed thanks for the actions of The Sun this week, stating that the newspaper has drawn attention to their cause and it does seem that the paper has only succeeded in attracting more supporters to the campaign. Its No More Page 3 petition received over 16,000 signatures in 24 hours, a Facebook group “Men Against Page 3” has been set up by male supporters and a “chalk protest” was created outside The Sun offices in London.

More: Why are we happy to support #FreeTheNipple but not Page 3?

What’s next for Page 3? Who knows. But it’s definitely not over yet.