Haven’t had a chance to get your head around the top trends from London Fashion Week? We’ve done it for you.

The fashion crowd are packing up and moving on. Goodbye London, hello Milan. Time to look back at the highlights of the last seven days and work out what trends we’ll all be wearing in 2015.

The LFW catwalks appear to have embraced the Free the Nipple campaign. The so-called “nearly naked” trend featured heavily in collections from Burberry, Erdem, Christopher Kane and Tom Ford. Expect sheer tops, blouses and dresses all over the high street for spring/summer 2015 — but how brave will you be? This trend is one to be considered carefully, depending on the occasion. Perhaps not one for Granny’s 80th birthday party. 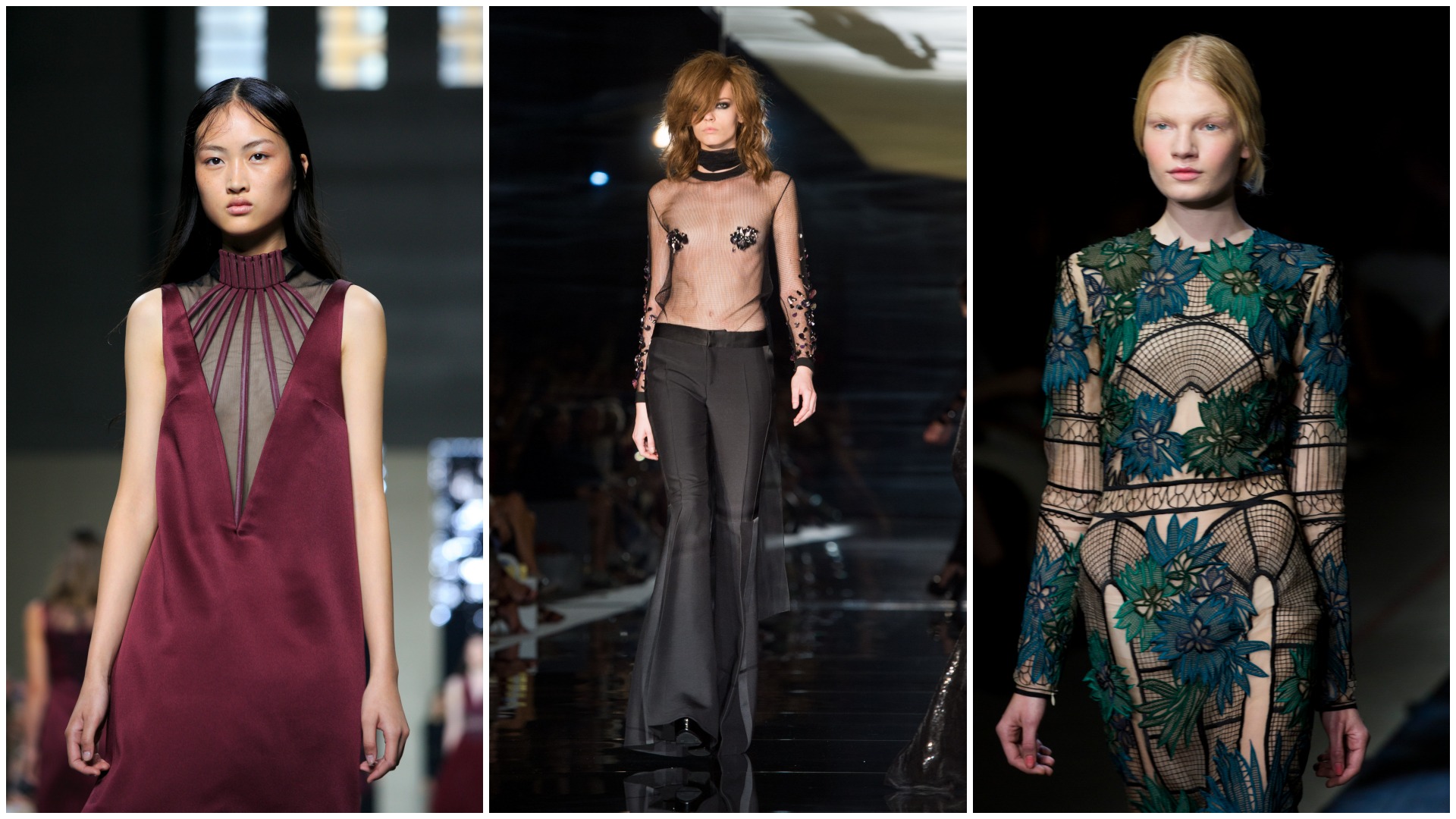 Trainers never go out of style and in 2015 they’ll be paired with everything. Forget high heels with your party dress and go for an eye-catching pair of plimsolls instead. Far more comfortable on the dance floor… 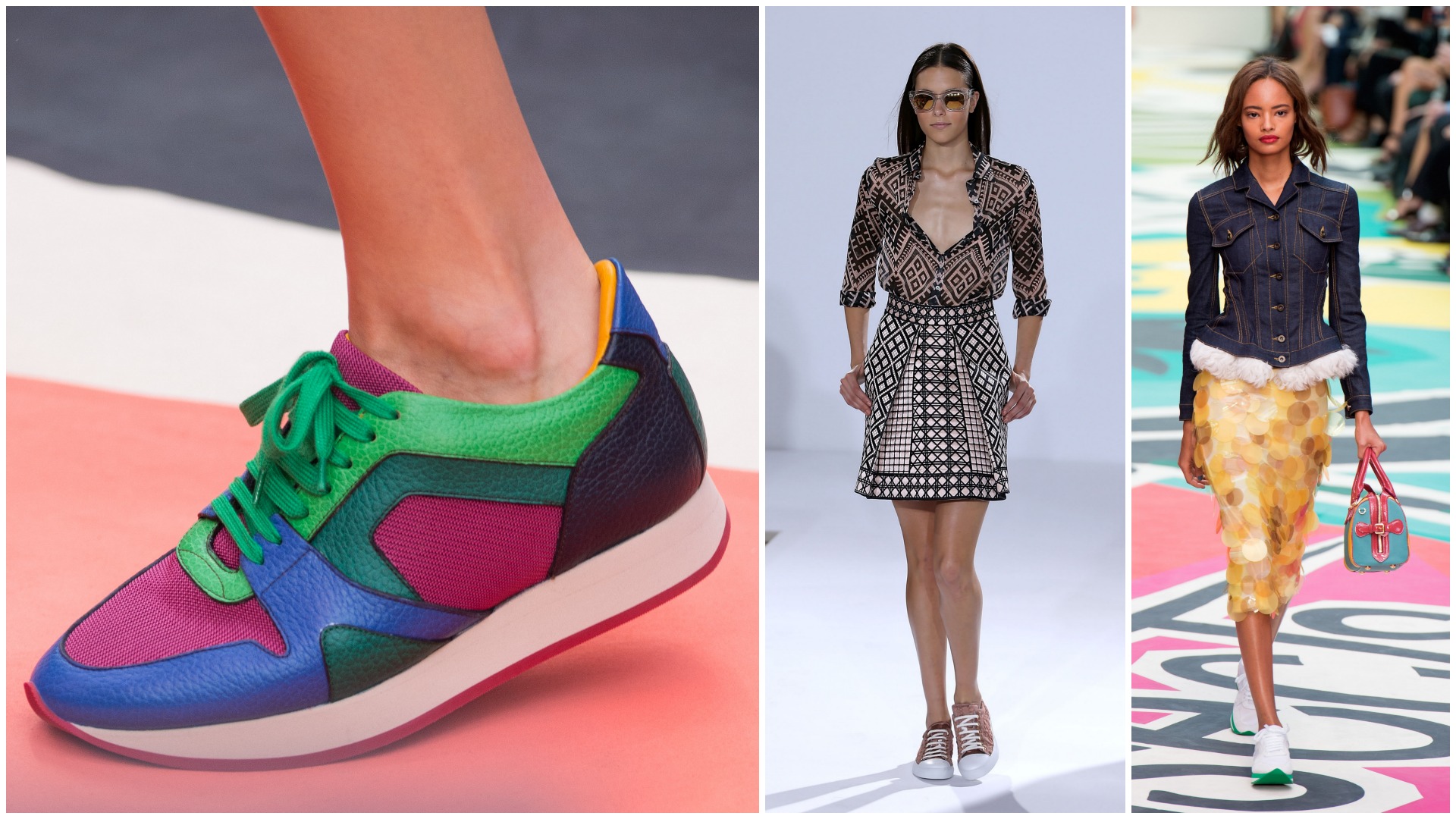 Could you ditch your heels? >>

Pleats were all over the place at London Fashion Week, including the shows of Peter Pilotto, J. JS Lee, Christopher Kane, Margaret Howell and Barbara Casasola. Whether you favour structure or sweetness, there will be a pleat to suit you in 2015. 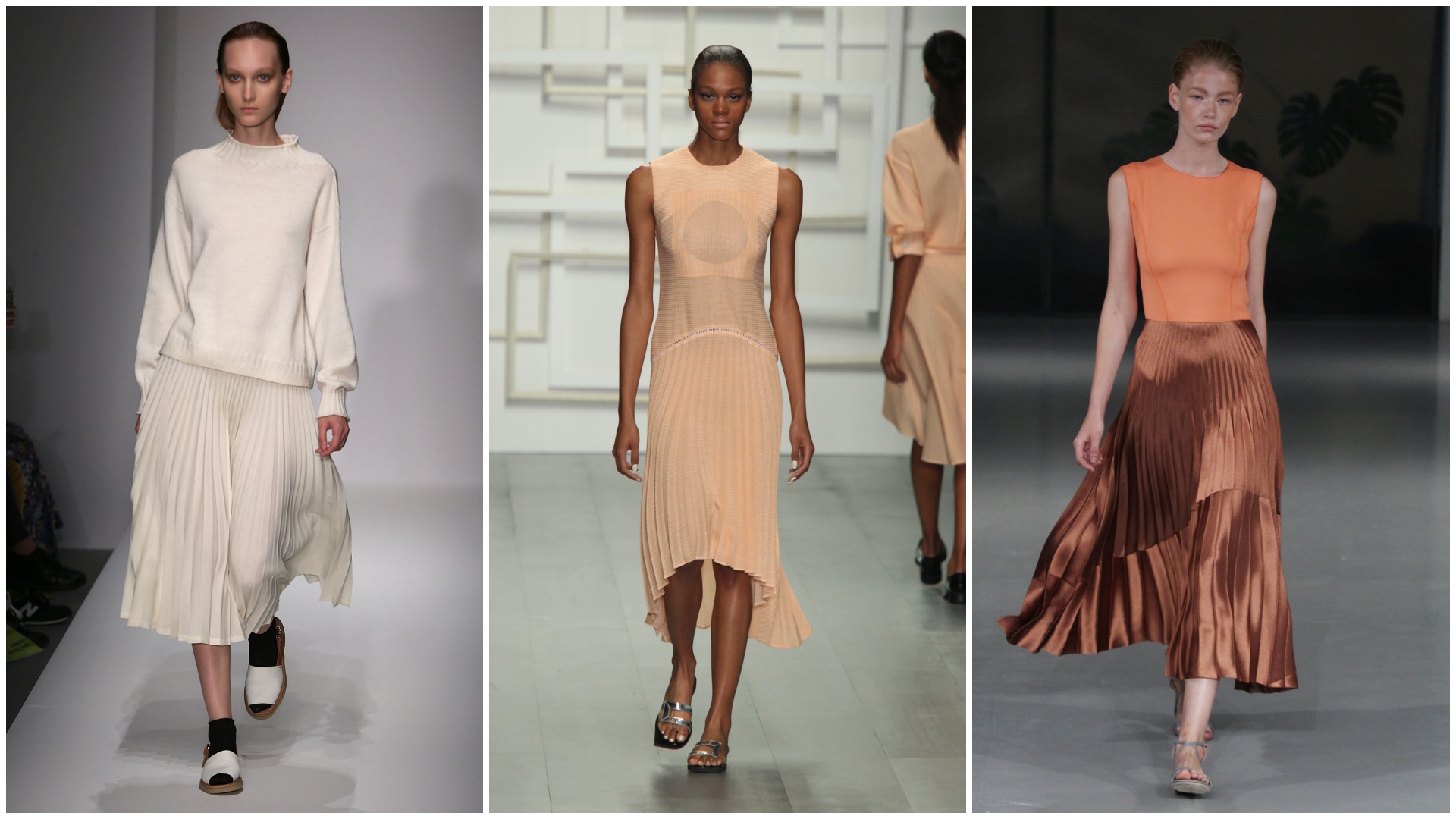 In 2015 leather will have no limits. Jackets, shoes and bags don’t even count any more. To really do this trend justice, it has to be a leather cut-out dress, a huge floppy leather hat a la J.W. Anderson or leather tracksuit bottoms, as seen in Christopher Kane’s collection. 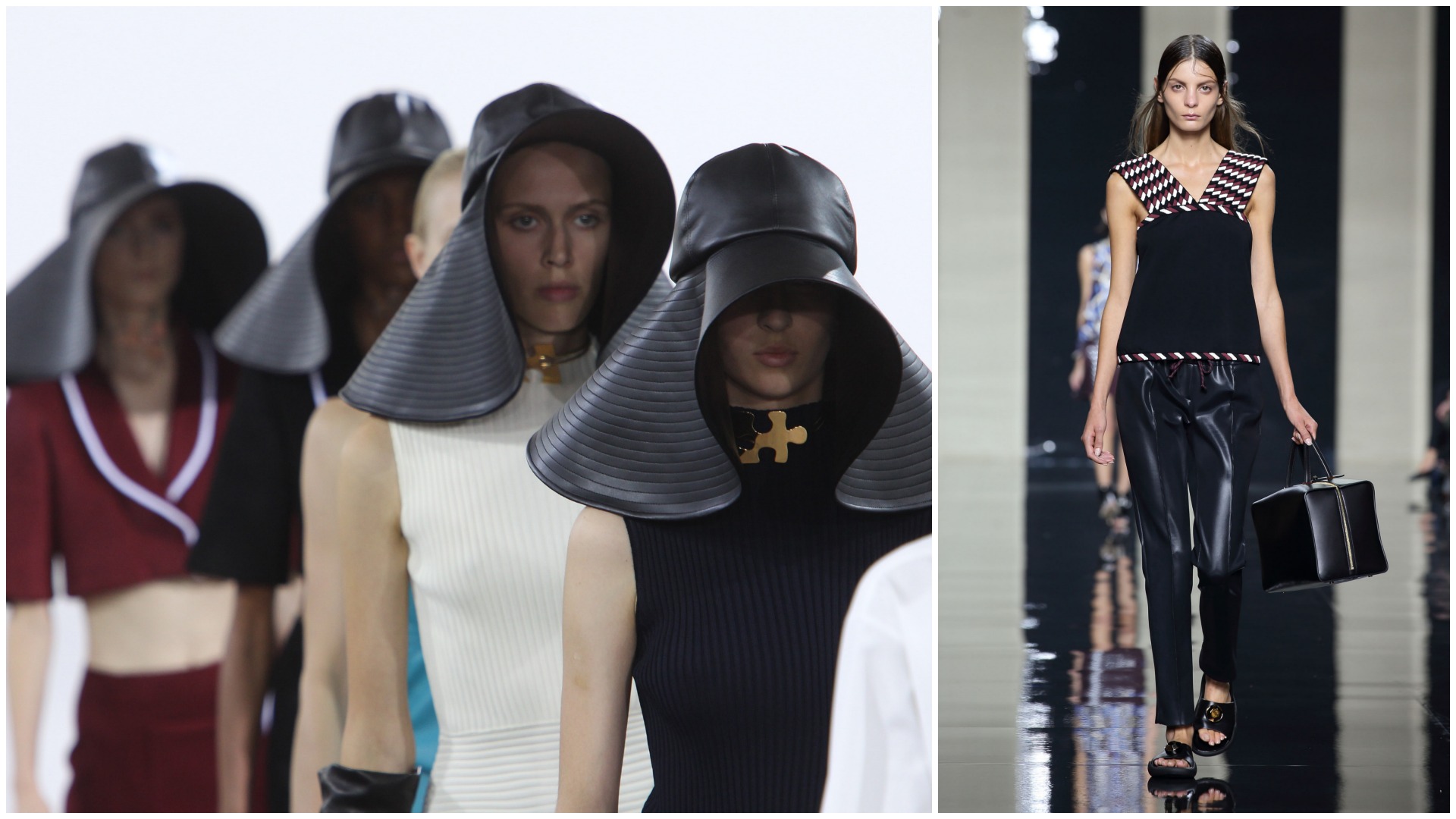 Lady Gaga and other celebs have embraced the leather trend >>

Designers got colour-happy at London Fashion Week. House of Holland went psychedelic for its collection, with funky 1970s flower power in the brightest shades of red, orange, yellow and green dominating shirts, skirts, dresses and accessories. Matthew Williamson’s collection drew inspiration from the same decade with the flowing shapes and vivid colours of the 1970s creating a truly tropical feel. 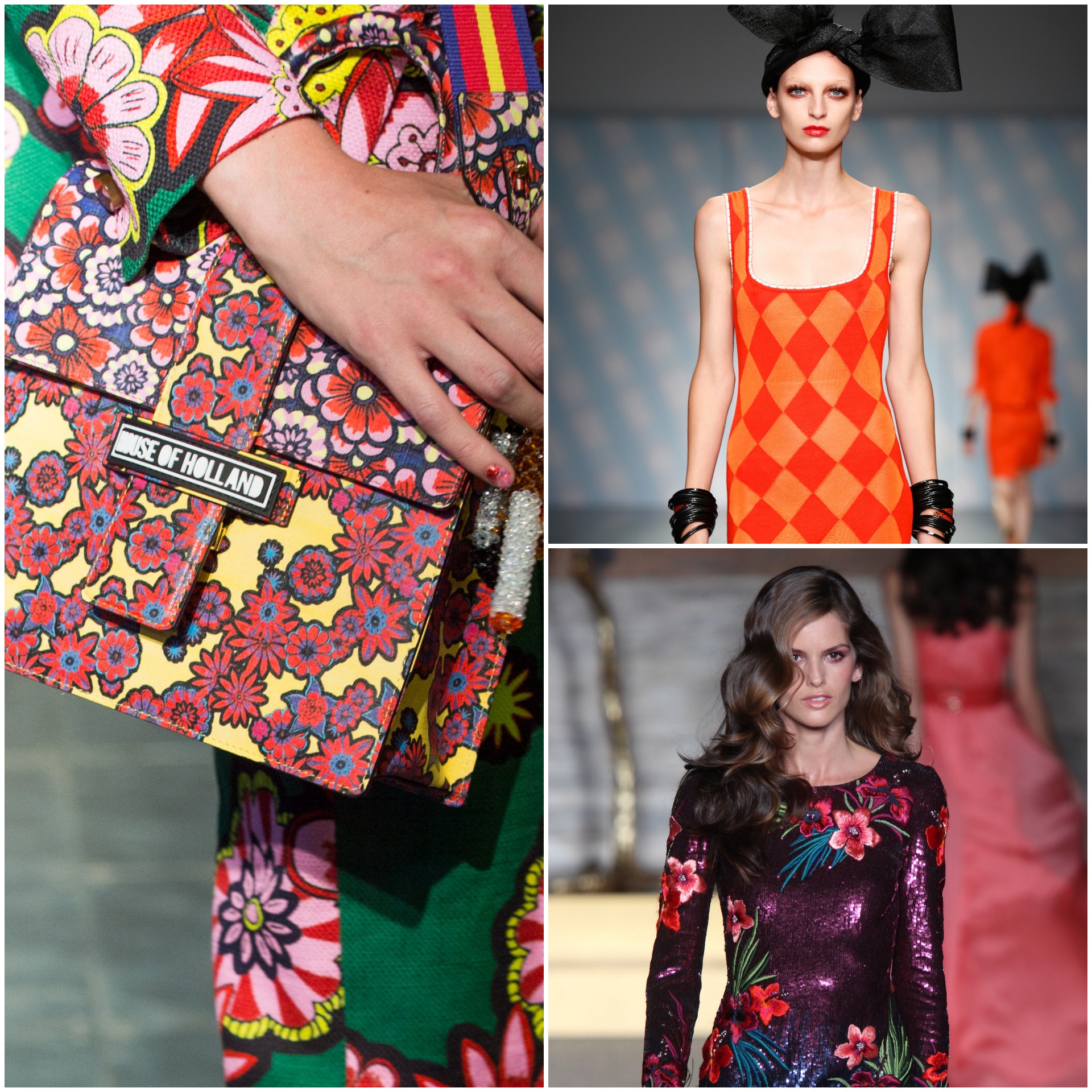 Who wore what at New York Fashion Week
Sheridan Smith in Cilla has given us the Sixties vibe
The ultimate cool couple: It’s Cara Delevingne and Topshop