Saint Laurent, Valentino, Givenchy, Prada and Miu Miu have all showcased trainers on the catwalk this year. Is this the end of the high heel? 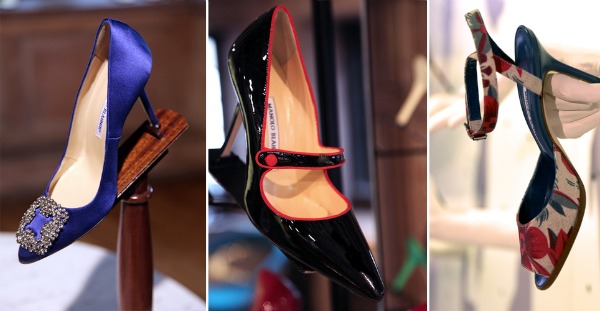 We ladies know the advantages of high heels. They flatter and elongate the legs and provide an instant confidence boost by helping us feel sexy and powerful. The obvious con is that they sometimes hurt like h*ll but, for high-heel lovers, that’s a small price to pay.

However, right now even those women may be slipping their feet into something a little more comfortable, as designer trends filter down to the high street and trainers of all styles and colours take pride of place in even the most high-end boutiques.

According to Sasha Sarokin, buying director for Net-A-Porter, “Six-inch heels and platforms, teetering down the runway, doesn’t feel modern anymore. It’s not only about the $700 designer shoe, but the sneaker she can wear in her everyday life.”

The rise and fall of the high heel 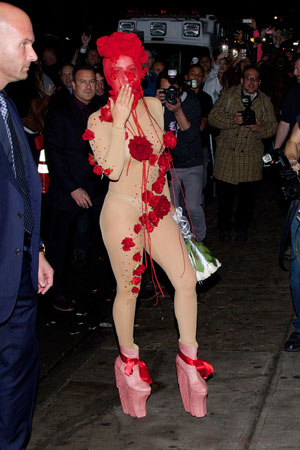 A few things will always hold true when it comes to fashion. You can’t go wrong with a white shirt, jeans and a blazer. Only supermodels and ageing rock stars can carry off double denim. And anything that goes out of fashion is guaranteed to come back around years, or even decades, later.

You may not think Lady Gaga’s crazy shoes would have anything to do with 16th century Venice but her staggering footwear very closely resembles what is believed to be the very first version of the high heel. Originally designed to avoid the water and dirt spreading along Venetian streets, the high-block heels were more like stilts than shoes. A little like what Lady Gaga was seen tottering along in on her recent 28th birthday.

Until the 1920s women’s feet were largely hidden from view under long, heavy skirts. However, that decade saw clothing become lighter and less restrictive, hemlines rising and heels growing higher — although not what would be classed as a high heel by today’s standards. Women wanted to show off their shoes with pretty embellishments like multiple straps, T-straps and metallic shades.

During the 1930s shoes became more glamorous. Salvatore Ferragamo invented the wedge heel in 1933, resulting in a high heel that was the perfect combination of style and comfort. Ferragamo was also the brains behind the modern sizing system for shoes and the framework that revolutionised the way shoes were made.

“The higher the better. It’s more about an attitude. High heels empower women in a way.” Christian Louboutin

The war-time 1940s did nothing for the image of the high heel. Chunkier heels reflected the practical needs of this period. Things turned around in the 1950s — the war was over and women wanted to embrace their feminine side again. Sexier clothing and towering heels appeared in wardrobes, owing much to Roger Vivier who introduced the stiletto heel to the masses and deserves credit for making it the statement shoe of the decade.

“If it wasn’t because of my high heels, I would still be in Coatzacoalcos with 10 children.” Salma Hayek

Alas, the public love affair with the stiletto was short-lived. It fell out of fashion in the 1960s, replaced by chunky platforms and Go-Go boots. The trend for platform shoes and boots continued throughout the 1970s and towards the end of this decade the punk movement introduced even more new rivals to the high heel: Dr. Martens and Creepers.

“I don’t know who invented high heels, but all women owe him a lot.” Marilyn Monroe

The high heel couldn’t be kept down for long and it came back with a vengeance in the ’80s, the perfect accessory to shoulder pads, patent handbags, animal print and power suits.

The heel put up a good fight during the 1990s against the rise of grunge and its signature combat boots and trainers. Manolo Blahnik became an international footwear force to be reckoned with, collaborating with designers on their catwalk shoes and creating the perfect high heel: sexy but stylish. Still found gracing every red carpet today, Blahnik devotees claim his are the most comfortable shoes in the world.

Blahnik’s contemporary, French shoe designer Christian Louboutin, is another celebrity favourite — his signature shiny, red-lacquered soles are spotted on many a famous foot.

The turn of the 21st century brought with it an interesting new trend in footwear: embellishment. Designers competed to achieve the most outrageous shoe with fur, studs, mirrors, sequins, fringing and even fruit featuring on skyscraper heels and platforms. 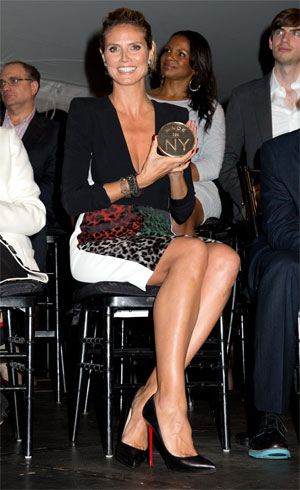 Today the high heel appears to be trailing behind the trainer. Even lifelong stiletto lovers are relishing the chance to give their feet a break and pairing Hi-Tops and tennis shoes with sharp suits and evening gowns. It’s certainly a different look but we don’t think the high heel will gather too much dust. She’ll be back to reclaim her crown.