With St. George’s Day right around the corner, it’s time to get into the sprit! And what better way to honour the patron saint of England than with nails that bear his cross. Here’s how.

As legend would have it, St George saved a township — and its maiden folk — from a deadly dragon. By historical account, he was probably a Greek soldier who fought for the Ancient Roman army. When asked to convert from Christianity and honour Roman gods, he refused and was tortured and slain for his convictions on April 23 303 A.D., making him a martyr.

Today he represents national pride and is celebrated throughout England with all of the things that make this nation great: parades, Punch and Judy shows, cream teas and other delicious British food and emphatic waving and wearing of St. George’s cross. If you’d like to join in the celebrations — and who wouldn’t? — why not spend a few minutes paying tribute to the saint by adorning your nails with his flag. It’s easy. 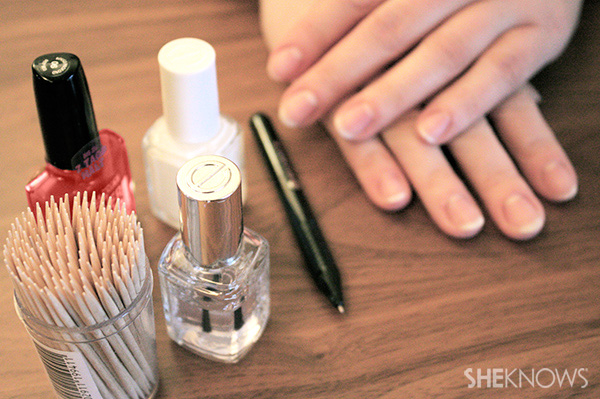 Using the matt white nail polish, paint all of your nails white. For the best effect allow the polish to dry for three or four minutes and then apply a second coat. 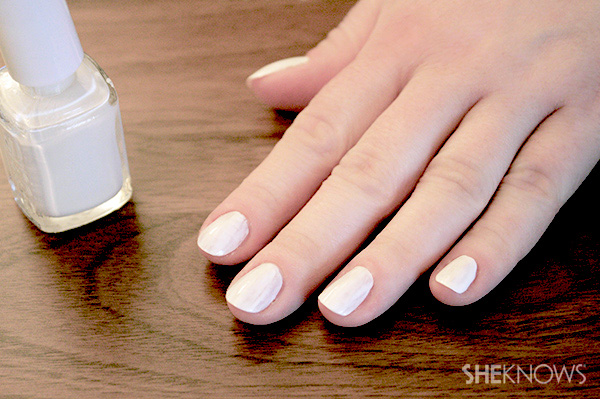 Drip a little bit of the red nail polish on to an easily accessible surface, like a piece of cardboard. Next, dip the tip of the manicure pen or toothpick into the polish and, making small dots, carefully draw a vertical line leading from the base of your fingernail to the tip. Make sure the line is centred and straight. Now, using the same technique, draw a horizontal line across the lower third of your nail. 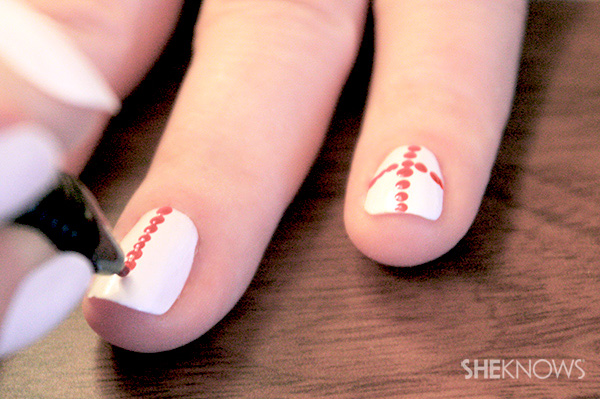 Repeat step 2 with all of your other fingernails and allow them to dry for three to four minutes (depending on your nail polish). 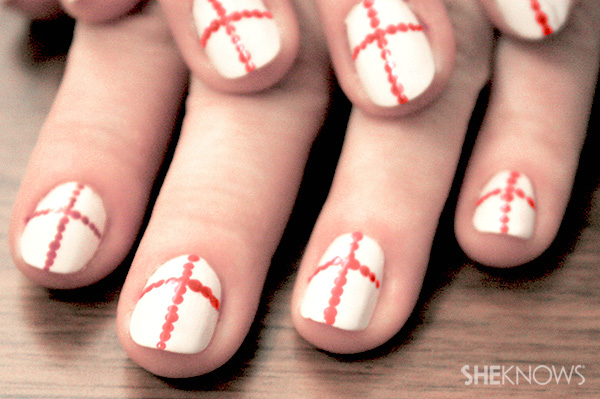 In order to even out the surface of your St. George’s Day nails, seal in the colour and give your nails a finished look, apply a layer of top coat to the entire surface. Now you’re done and ready to celebrate! 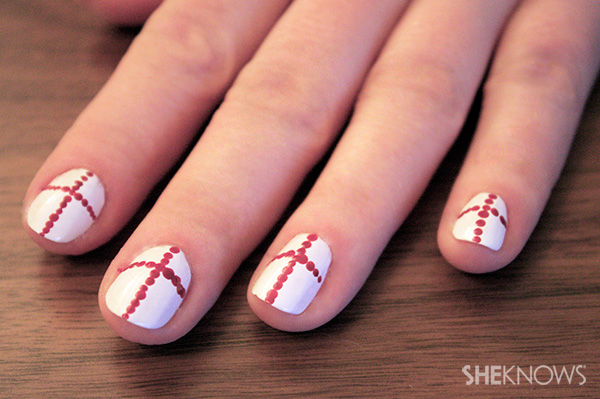 With your nails in theme, check out some of Britain’s best street food >>

If you feel that having all of your nails painted with St. George’s cross is too much, you could follow steps 1 and 2 with one nail on each hand and paint the rest of your nails red. 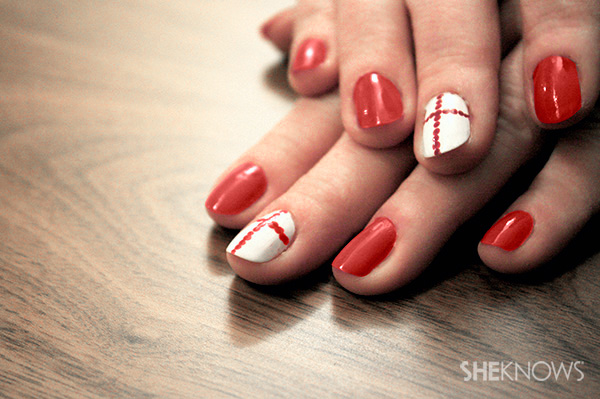