With a history that dates back centuries and almost untouched relics on every street corner, Rome is breathtakingly beautiful. Whether you’ve been before or are a first-time visitor, here’s our guide to a short break in “The Eternal City.”

Related story These 3 Beaches Are About as Romantic As It Gets — & They're All in the U.S. 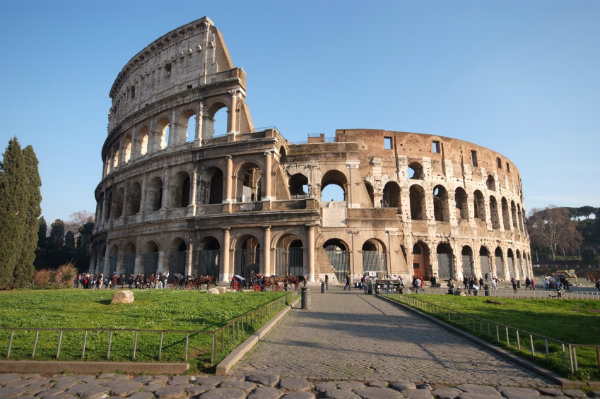 The Rome Cavalieri has been a staple of luxury in Rome for over 45 years. Its 1960s symmetrical facade suggests little of the treasures to be found inside but, once through its grand doors, the hotel has a private art collection, an enormous outdoor pool and each room has its own balcony. Located on one of the hills that surrounds Rome, the hotel offers views of the city’s downtown area and right across to St. Peter’s and the Pantheon. If you’re lucky enough to stay in the Penthouse Suite, you’ll have four original Warhol’s hanging by your bed and Karl Lagerfeld’s own velvet sofa from his Parisian apartment in your living area. The pasta calories can be worked off in the incredible Cavalieri Grand Spa Club. Considered the most luxurious spa and fitness facility in all of Italy, its 10 themed rooms are an oasis of health and pampering. The Spa even offers a La Prairie caviar facial.

It may not seem imaginable, as you aren’t having to go far, but within the walls of this sumptuous hotel, resides the city’s only 3 Michelin-Star restaurant, La Pergola. For somewhere with such a prestigious accolade, the price of dinner isn’t as steep as one would expect and the wine list has been crafted to perfection. If you are visiting during the warmer months, dinner has to be enjoyed on the roof terrace with its panoramic views across Rome.

A lesser known gem in the city is the Palazzo Colonna. The only palace left in the city that still has the family for whom it was built residing within it, this beautiful building with its ornate ceiling paintings, Rococo-esque furniture and private family chapel is a must-see. It is a far quieter way to enjoy Rome’s offerings than battling amongst the crowds at the Trevi Fountain (though that is also an absolute, must-see if you’ve not been before).

Via del Babuino is the main shopping street where you’ll find an eclectic blend of boutiques, high street shops and the crafted designer labels one would expect of an Italian city. Turn down the small street of Vicolo dell’orto di Napoli and you’ll burst onto Via Margutta, the long-standing artists’ quarter. Home to the city’s resident sculptors and painters for decades now, Via Margutta is where you’ll find the little Italian cafes known as Osterias, perfect in which to while away a day. A far cry from the hubbub of the surrounding shopping district, this is also the place for one-off smaller shops and the best leather in the city.