Winter can be pretty, but it can also be a medieval mess. If you’re living anywhere in the Northeast today, I’m sure you can attest to that. But never fear, we have some super-useful snow hacks for you that should come in handy, whether you’ve been given the day off or must bravely face the frigid outdoors.

1. Hate an icy windshield? Pretreat it with vinegar!

The trick is to do this before it snows.

2. Inside and still chilly? Try making your own Snuggie! 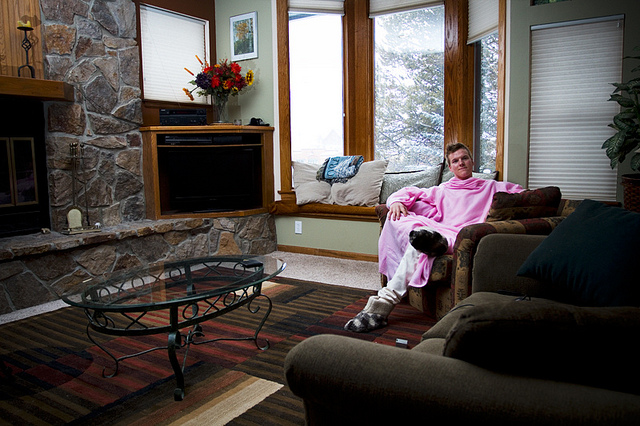 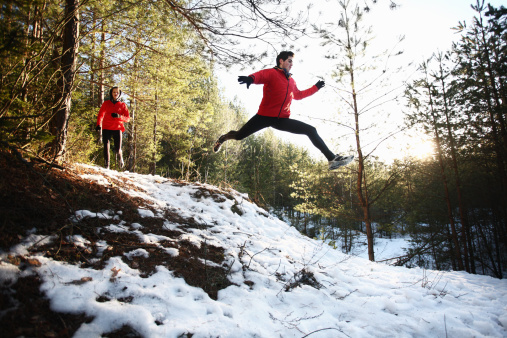 I know, I know… If you’re a dude, you’re going, “Yeah, sure. I’m going to put on some tights.” But just look at how free this guy feels! Come on, you know you want that.

4. Snow on your doorstep (or roof)? Use a broom to clear it off! 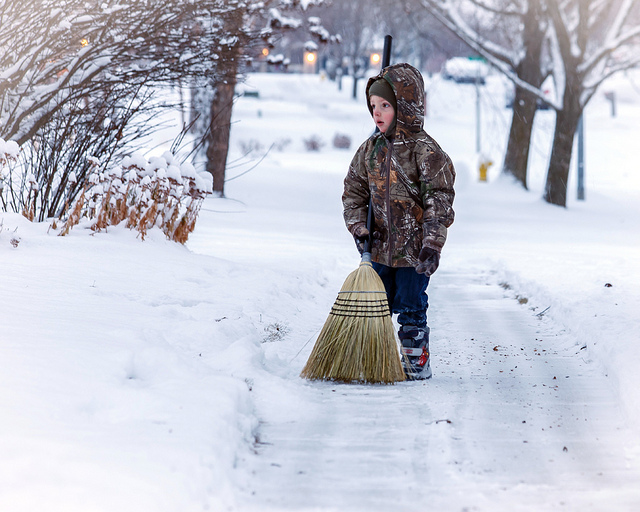 Sounds totally obvious, but you’d be surprised how many people think snow removal requires more muscle. If you’ve just got powder without ice, a broom will work wonders.

5. If you must trek outside, stuff your boots with those magical, red, superabsorbent shop towels auto mechanics use. 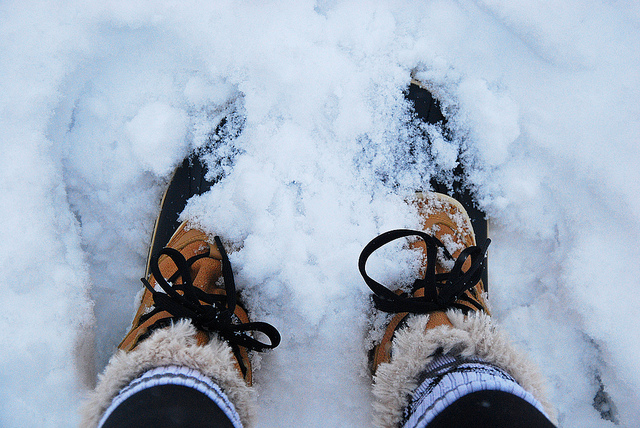 You can find these awesome things at Walgreens, CVS, Target or any catchall convenience store. Not only do they keep you dry, but they add another layer of warmth around your toes!

6. Forgot to get snow tires? Throw some cat litter in the car in case you get stuck in a drift. 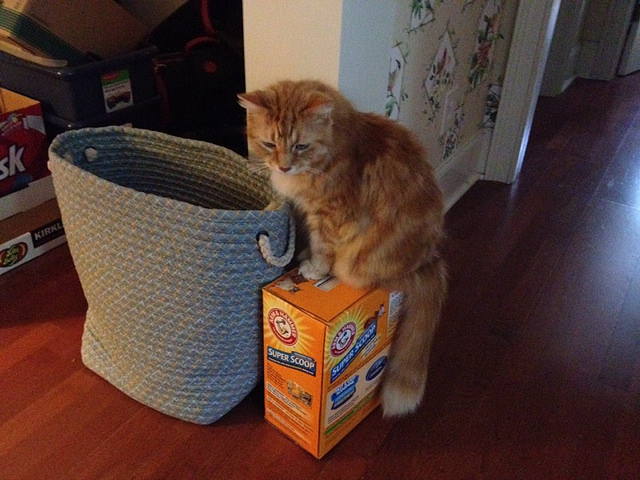 Sounds weird, but it totally works. 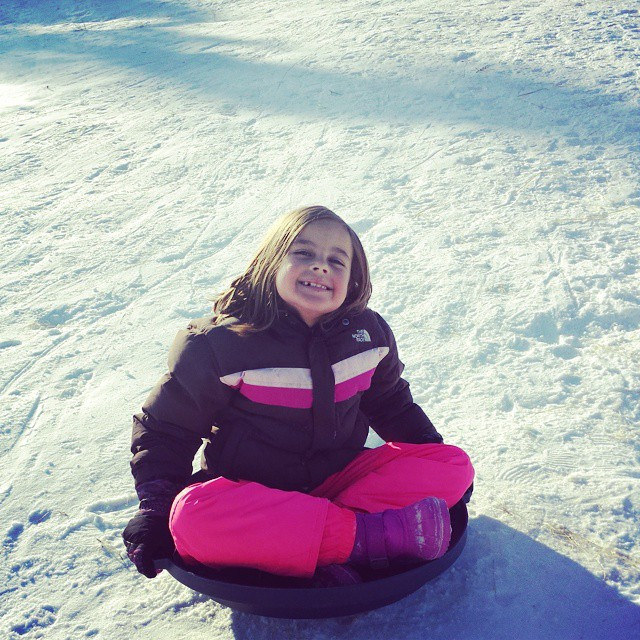 If you’ve been granted a snow day and you don’t have an actual sled, use a garbage can lid! Just make sure you wipe it down first, because ew.

8. Electricity out? Keep things cold in the snow outside. 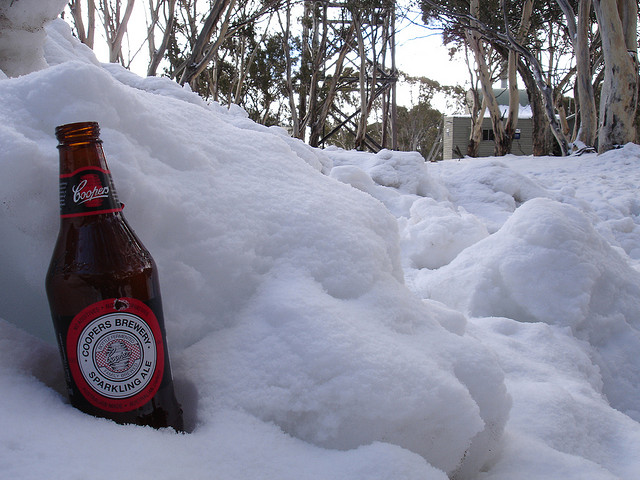 As you can see, snow also makes the perfect beer cozy. 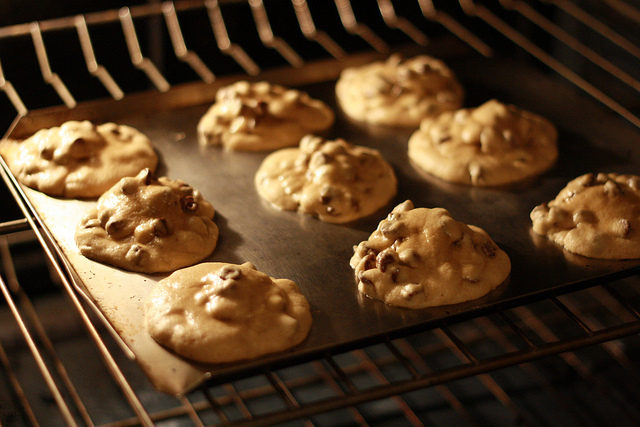 While you’re baking leave the oven door open, and fill your space with yummy-smelling warmth.

10. Use the warm oven to heat up socks

You can also put your socks and mittens on tinfoil in the oven to warm them up before heading outside. 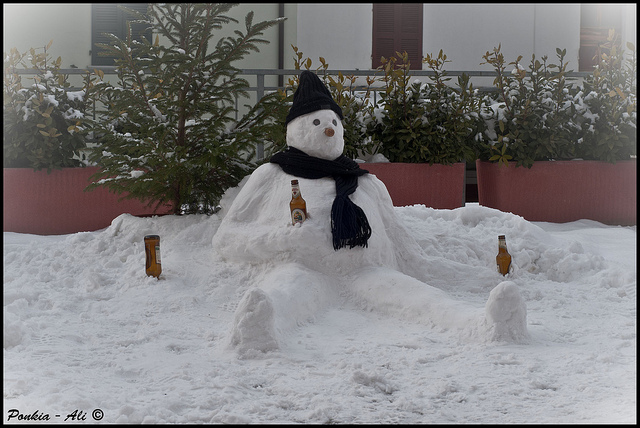 You can talk to him for hours, and he never judges you. If only all your friends could be so great.

12. Make your own smartphone-friendly gloves. 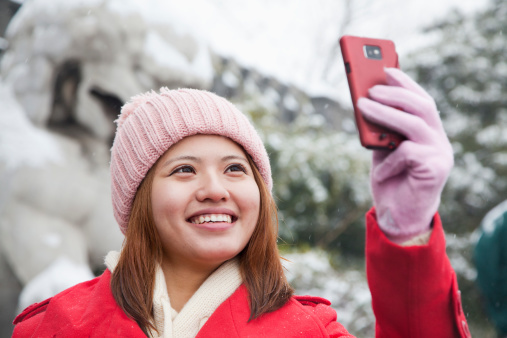 13. ChapStick can help get rid of dry, cracked fingers.

I mean, you have it on you anyway, so why not use it in more ways than one?

14. Make a terra-cotta pot heater when your heat’s not cutting it. 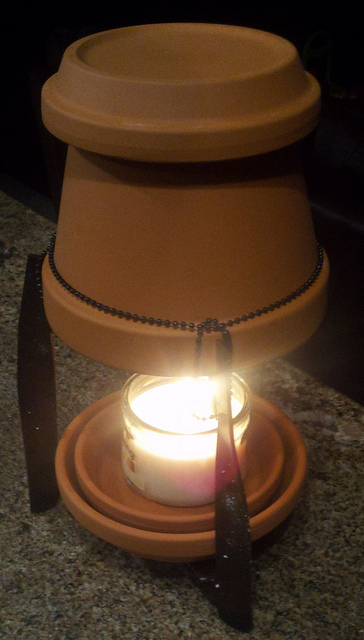 Weird, but it totally heats an entire room!

More on making it through winter storms