A California man has created the most wondrous playland for his 15 beautiful rescued cats.

Home builder Peter Cohen and two roommates share an amazing abode with 15 rescued felines — a home which is every cat’s dream. He has spent over $50,000 building the perfect indoor cat playhouse for his priceless cats, who sport names such as Cookie, Coffee Bean and Cheesecake.

In 1988, Cohen bought the house, and he noticed the property “came with” two feral cats. One was unfortunately struck by a car and killed, and the other cat was also hit by a car, but she was able to recover after surgery. He went in search of another cat so she could have company, and since then, he’s brought home more and more rescued cats. 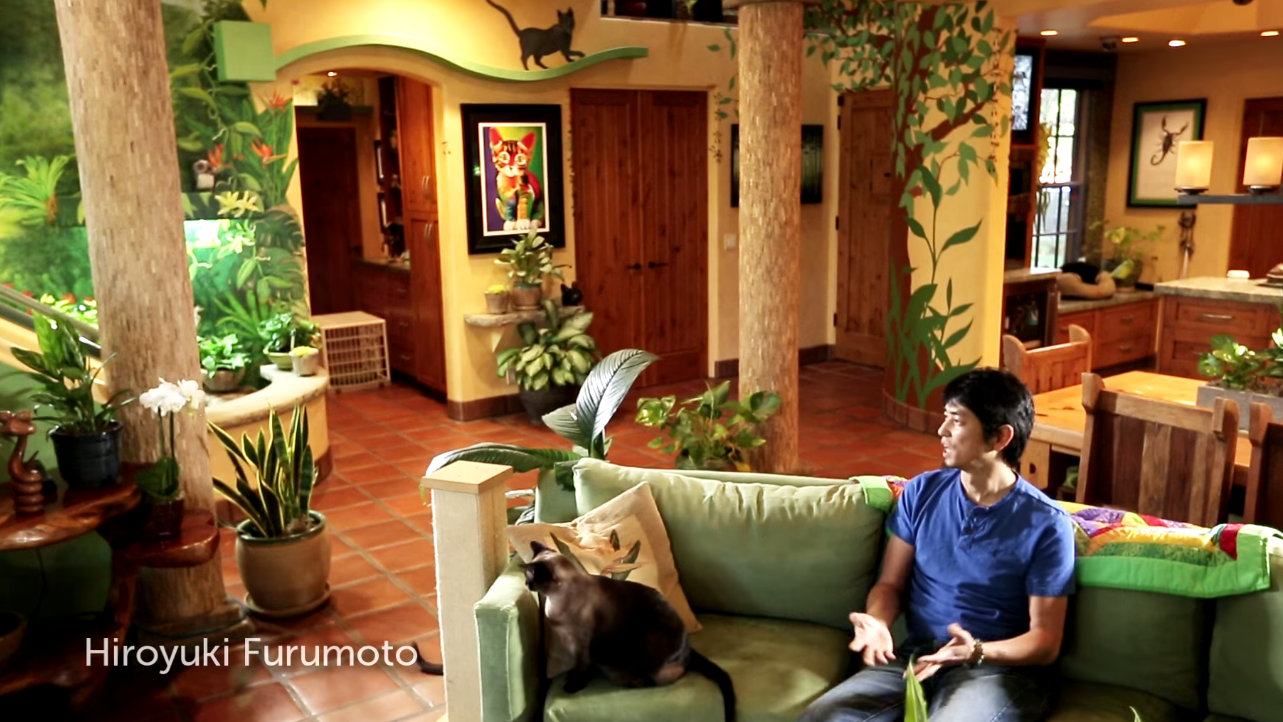 Shortly after buying the home, he began construction on some ingenious interior structures that are perfect for cats — walkways, tunnels, ramps, bridges and perches. Many thousands of dollars later, his cat family has free access to the carefully designed, gorgeous home, where each room is connected by a walkway.

There are little touches everywhere in the home, from the koi pond that the cats love to watch (don’t worry — Cohen says his cats have never eaten a fish), to little nooks to hide away in, to shark mouth-shaped doors the cats enjoy walking through because the teeth scratch their backs.

If you hear “15 cats” and wonder how they can possibly keep the home from, well, smelling bad, Cohen explains that there are 22 easily accessible litter boxes, which are each located in closets throughout the home. There are ventilating fans in each closet that run 24/7 and force the air outside, which draws the litter box odors up and away — and out of the house. They also use five robot vacuums nearly every day to take care of cat hair, so together with their own efforts, the house remains pretty clean. And admit it — it looks really great. 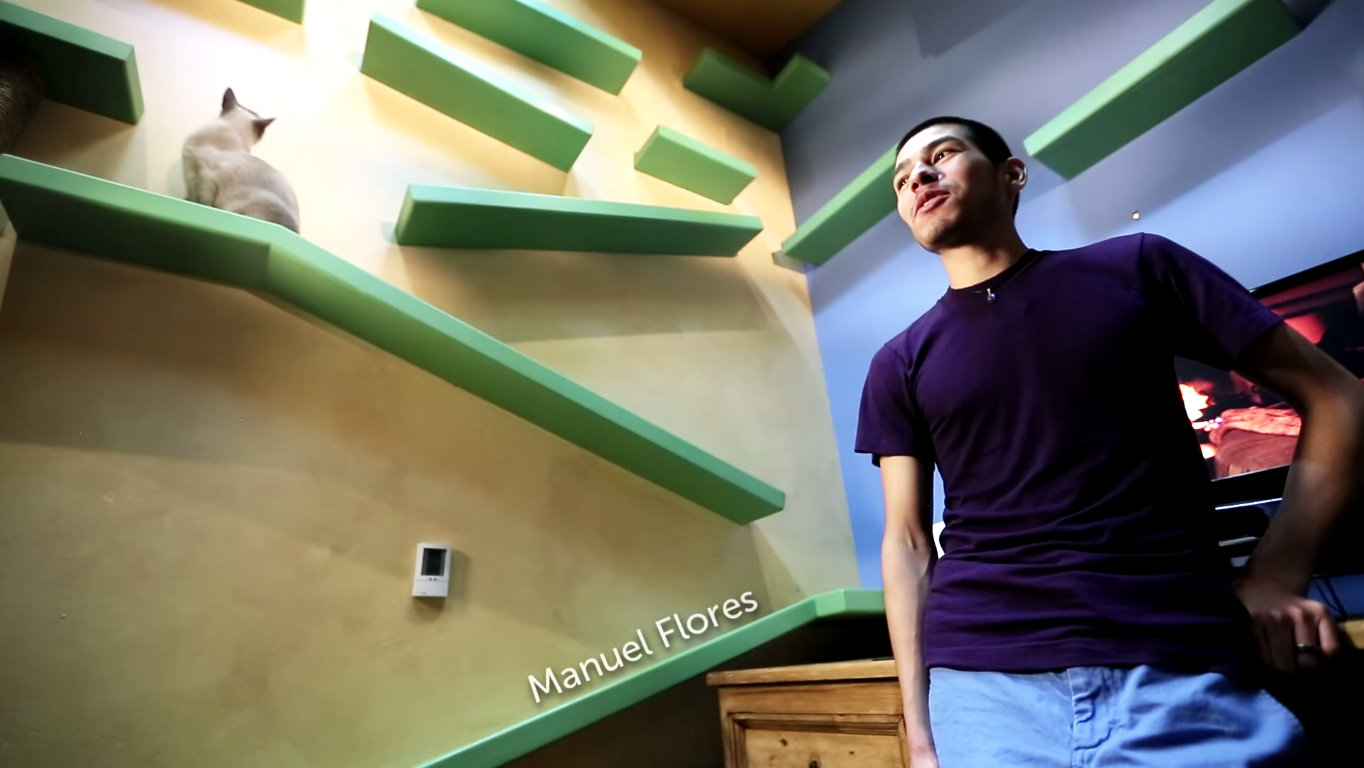 He also shares that the cats don’t congregate all together at once. He says one of the best parts of his day is when he gets home and wants to wind down. He can count on a couple of his furry feline friends to join him for some downtime, as if they know he needs it.

I want to move in ASAP, and I’m super allergic to cats and can’t even be in a home with one without my airway being compromised. I adore how he’s created the perfect playland for his cats, and he even admits it’s not just for them, because he and his roommates benefit too. The designs of the walkways, climbing poles and ramps are very aesthetically pleasing, the colors are vibrant, and it all works together to create an architectural masterpiece.

No, Peter Cohen is not crazy, despite what some may wonder. He’s amazing.

Baby unfazed by huge tiger that wants to play so bad (VIDEO)
This little white kitten discovers just how fun jars can be (VIDEO)
Watch this kitten fall asleep drinking water, and try not to laugh (VIDEO)