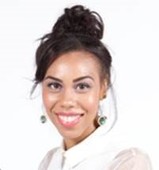 In Obnisk, Russia, a baby boy less than 12 weeks old was saved by a homeless cat.

According to New York Post, the child was left last Saturday in the hallway of an apartment complex, and dropped in a box residents leave out for homeless cats like Masha.

Masha, who is pregnant with kittens of her own, found the abandoned child last Saturday. With temperatures well below zero, she kept the baby warm. Residents believe that her maternal heroism is only reason the child survived.

The abandoned child was discovered after Nadezhda Makovikova, who lives in the apartments, responded to Masha’s cries of distress. Nadezhda tells REN TV, “When I went down I saw it.” For hours Masha had sat alongside the baby licking and trying to warm him.

Masha’s concern for the child continued well after Nadezhda found the baby. Paramedic Vera Ivannina said, “She was so worried about where we were taking the baby. She ran right behind us, meowing. She was really a rational creature.”

Both the child and Russia’s new hero Masha are safe and being treated. Officials are now searching for the child’s parents.

Could your cat be the next internet sensation? (QUIZ)
Don’t waste money on fancy toys — these GIFs prove pets just want the box
How to get your whole family involved in raising a new pet