These tattoos from the happiest place on earth may and up haunting your nightmares forever. Consider yourself warned. 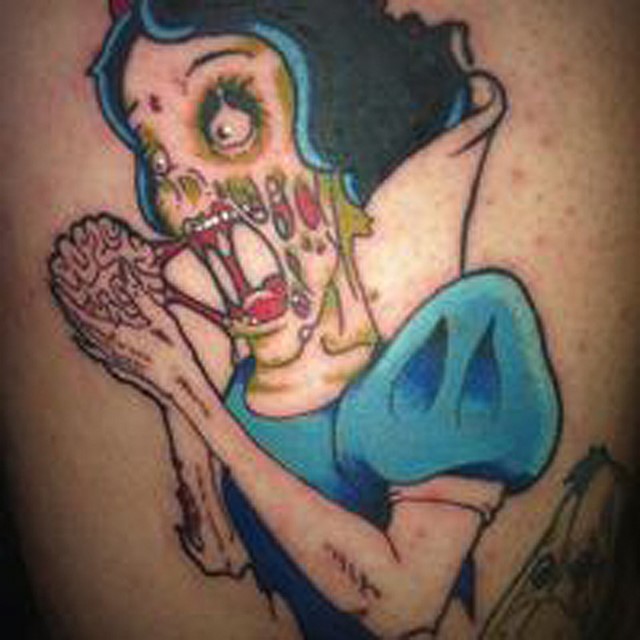 Because there’s nothing that says happiness and joy like a zombie princess taking a bite out of a brain. 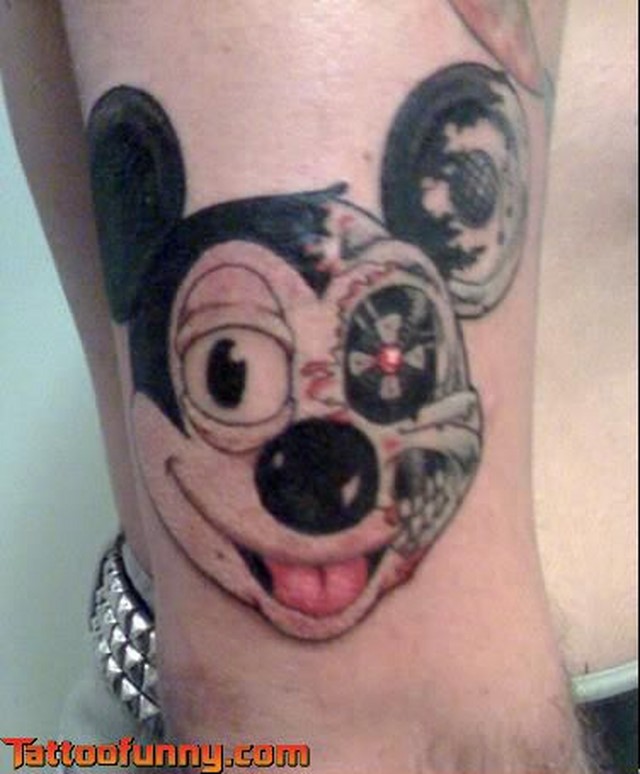 If you ever wondered what was going on behind the smile and the big ears, now you know.

Though the art work on this tat is to be admired for capturing the essence of the Cheshire Cat, it’s that essence that also makes this image particularly frightening.

4. Those bunnies are looking where?? 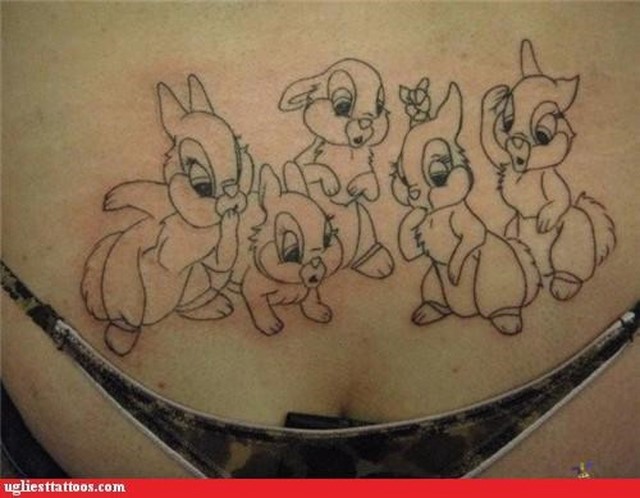 Sometimes it’s not the image itself that creates the creep-factor, but the context. Once you realize where those cute, little bunnies are looking, you feel the need to run away screaming. 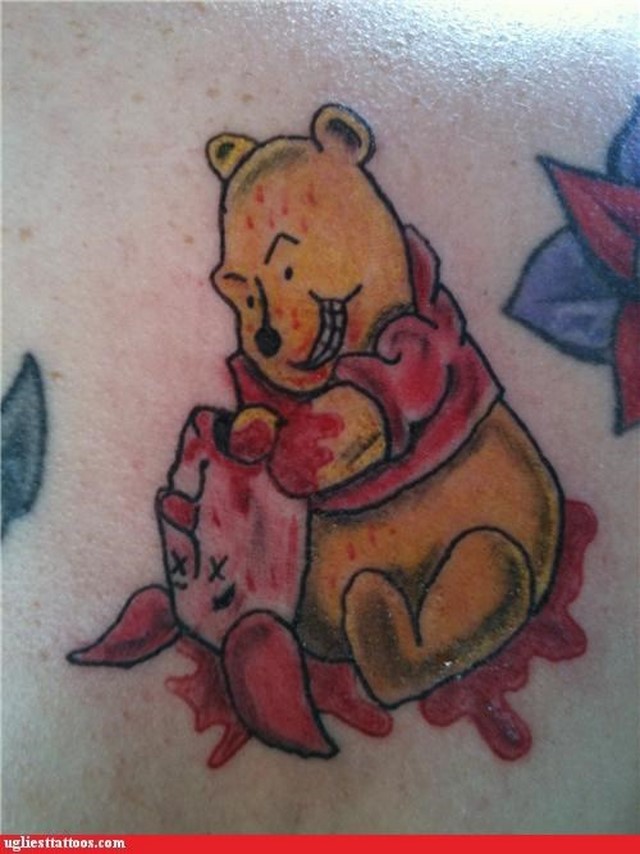 This image of Pooh chowing down on his buddy Piglet is now permanently tattooed on the inside of our retinas. At least that’s how it feels as we can’t stop seeing it, no matter how hard we try.

6. Where in the world is Ariel?

At first glance, there appears to be nothing at all unusual about this tattoo. Then you realize that Ariel’s face is missing. Nope, that’s not creepy at all. 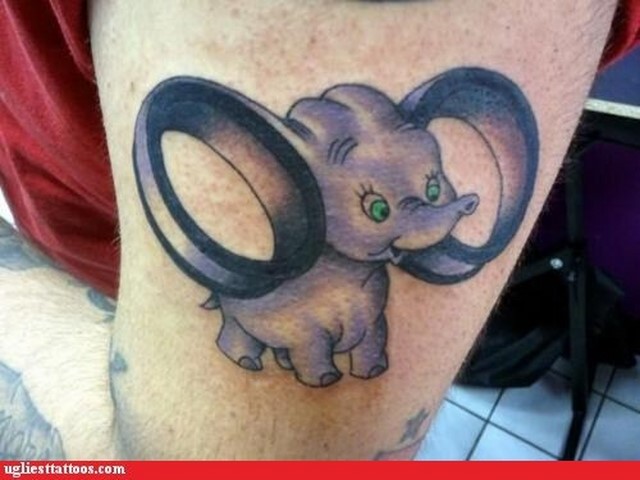 What makes this tattoo hard to look at is imagining how much little Dumbo’s ears must hurt. Ouch. 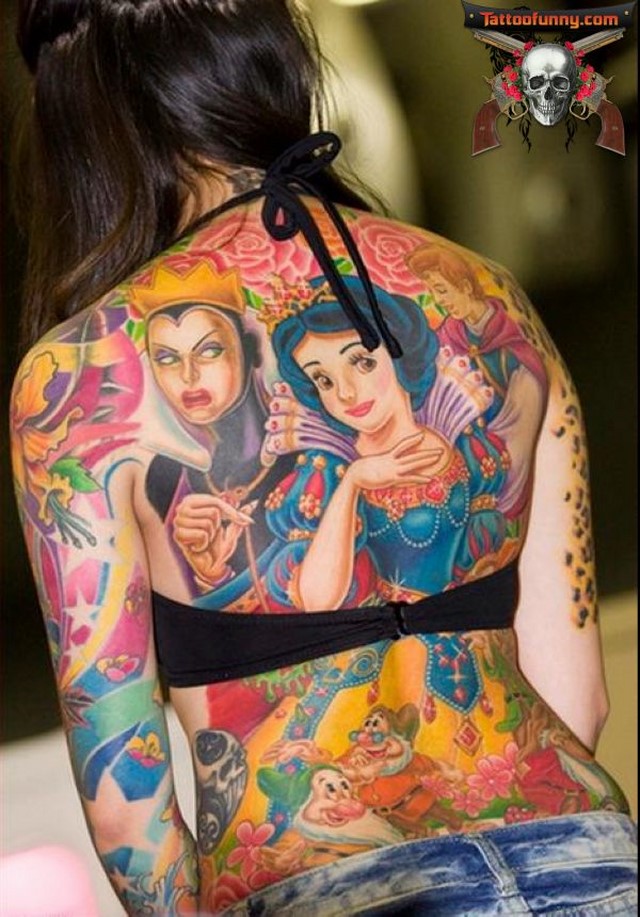 Seriously, has the Evil Queen ever looked more evil than peeking over Snow White’s shoulder in this tattoo? 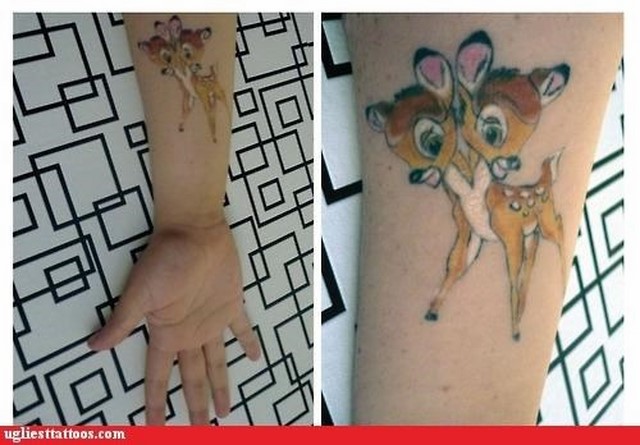 Bambi with two heads equals twice the cuteness, right? No. No, it does not. 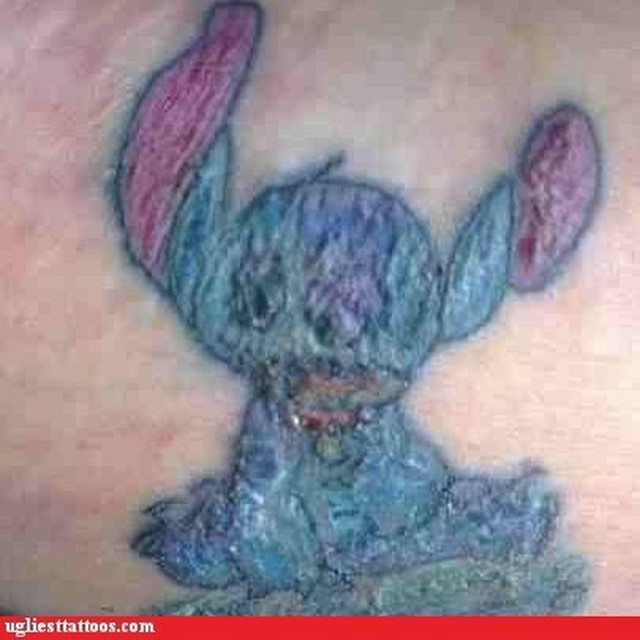 In a way, it’s kind of appropriate that this tattoo is an image of a character named Stitch. Since it looks like the owner needed some stitches after this one was over.

There’s nothing like taking an icon of childhood innocence and making it raunchy to crank up the creepiness. 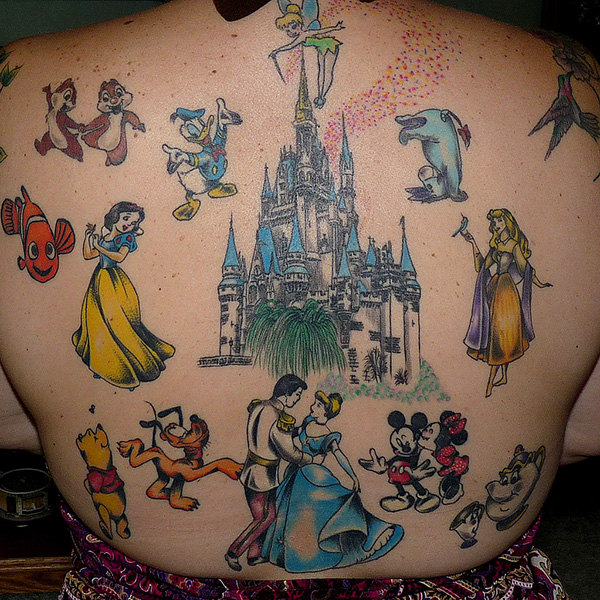 Try and find a Disney character of note who isn’t represented on this woman’s back. If nothing else, she’s really committed to the project.