A video of a cat has emerged in Varna, Bulgaria, sporting bright green fur, and it’s causing quite a tizzy across the internet.

So what’s behind the cat’s odd look? At first animal lovers and local residents assumed the emerald-green feline was the handiwork of vandals, and even started a Facebook page calling for “Punishment to the perpetrator of this criminal act.”

Check out the video for yourself:

Later, another theory was floated that the cat actually sleeps on a bed of synthetic paint, which is to blame for the bad green dye job. Regardless of the reason, the cat reportedly is getting darker green every day, with no signs of the color fading.

Many who have seen the video say there’s no way the coloring could be due to sleeping in paint, because it’s so even around the entire coat. One commenter on the video says it’s obvious the cat was dyed. 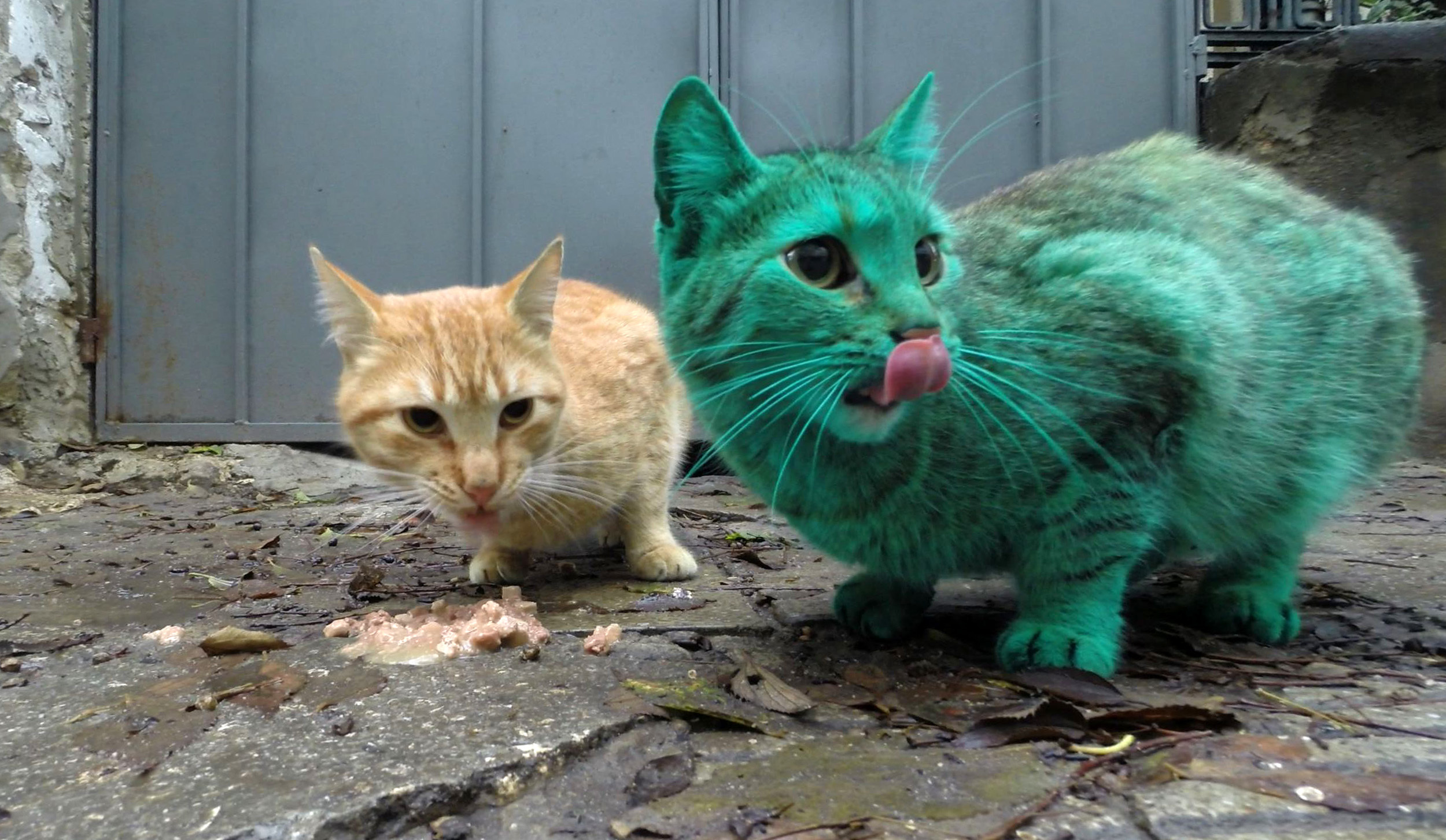 “No way a cat is going to get THAT much paint on it after sleeping on an abandoned heap of synthetic green paint,” Javier Cabrera wrote. “That is just nonsense. Another case of people believing anything the gov throws at them, even if it’s illogical and stupid.”

So what do you think? Are pranksters to blame, or something more logical?