I’ll never be Beyoncé (sniff, sniff). I can’t dance like her; I don’t have her booty, her money or her ability to sing, write songs and sell out concerts. But instead of locking myself in a room to cry, I will look on the bright side because today, my friends, we can all be a little more like Queen Bey. We can buy everything the Queen wears in her new video — for a pittance compared to what Beyoncé probably spends on a pair of white socks.

Beyoncé’s “7/11” video makes all kinds of interesting holiday fashion statements that we can now steal — thanks to Hollywood Reporter’s Spring mobile app.

No, you won’t be competing in an auction in which the highest bidder scores the actual “Ugly Holiday Ski Lodge Sweater” Bey wears in the video — no one has time for all that. Instead, you’ll fork over $40 and buy yourself a lovely replica of the red knit sweater, as well as other items like the light blue “No Angel” tee she wears. Then you’ll pair them with underwear and knee pads and everyone will think you’ve lost your damn mind. 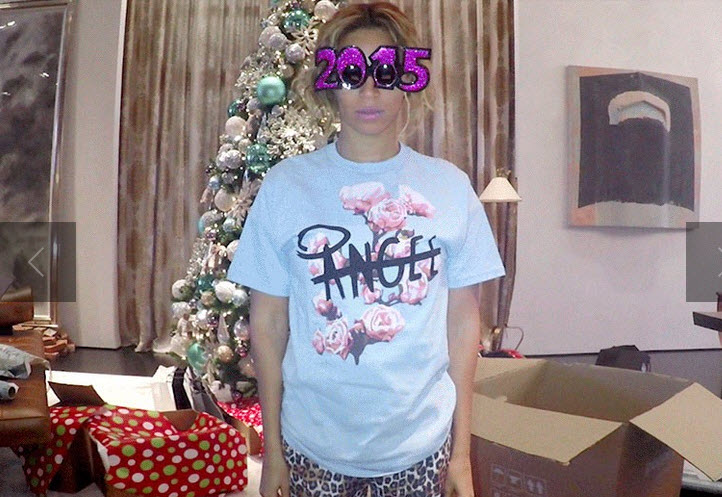 After you’ve shopped Beyoncé’s video shoot, don’t stop there — you haven’t completed the Beyoncé-ification of your body from head to toe quite yet. Your next purchase will have to be her new nail wrap collection that she created with beauty company NCLA and her personal manicurist, Lisa Logan, and which, at $18 each, I’m betting are selling like hot cakes on shop.Beyonce.com. 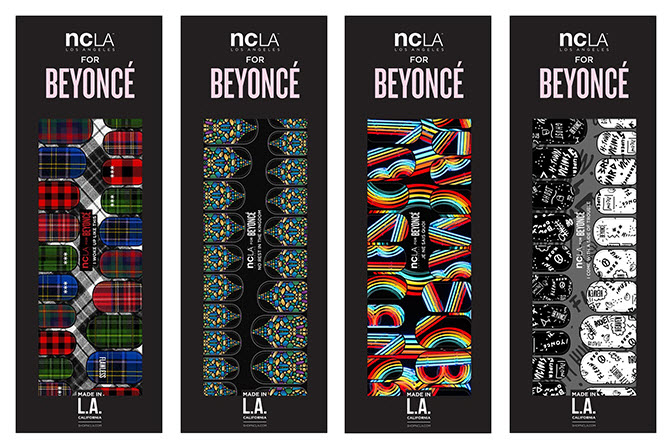 Want plaid nails like the ones Bey wore in her “Flawless” video? She’s got you covered. Maybe you prefer rainbow nails, jewel-toned mosaics from her “No Rest in the Kingdom” video or black and white nails that announce to the world “I Come With a Side of Trouble” — no matter that you’ll be wearing them while spending your Friday night putting three kids in time-out. Remember: Beyoncé has a toddler, too, and is just like us.

Beyoncé’s new H&M video campaign
Beyoncé took a private jet to London just to go to Topshop
15 Stylish shirts with Beyoncé’s references — because, why not?