Terri-Jean Bedford is not showing any signs of slowing down in the fight to make sex work safe in Canada and will now have a civil liberties award to back her up. 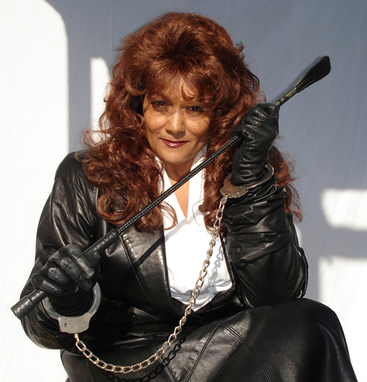 Well, this is about time! Terri-Jean Bedford, who challenged prostitution laws in court and led to the recognition of these laws as unconstitutional by the Supreme Court last year, is going to receive the Ontario Civil Liberties Award in Ottawa next month. Let’s give her a round of hearty applause, people! This is a big deal.

“It’s an outstanding example of what the Ontario Civil Liberties Association stands for,” stated Joseph Hickey (via canada.com), executive director of the organization.

Should Terri-Jean Bedford name names and out politicians? >>

This new Bill C-36 is the government’s response to Bedford’s previous successful court challenge, when prostitution laws were deemed unconstitutional, and the government was given a year to propose a new law. While supporters of the bill argue that it will aid sex workers in leaving the industry and will help track down pimps, Bedford points out that the new law will only perpetuate the same risks for sex workers since prostitution will continue being illegal. The law has already passed the third reading in the House of Commons and is on its way to the final hearing in the Senate.

This award is a step in the right direction. If Bedford continues getting support from organizations, like the Ontario Civil Liberties Association, and subsequently the public, she will have more swing in court. If this new law does pass, we have no doubt Bedford will challenge it and we hope to see a mob of people standing right behind her in support. Bedford knows the industry inside and out — if she can help make the lives of sex workers safer, why not help her?