A harmless anti-littering campaign in Toronto has been pulled due to corporations’ complaints about the usage of their logos. Are they overreacting? 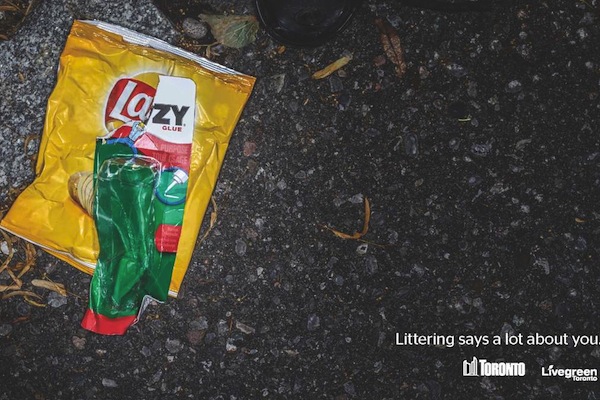 The city of Toronto came up with a clever, sassy, unforgiving ad campaign to put litterbugs in their place. Using text on littered wrappers and containers, these ads literally spelled out shameful labels for those who don’t pick up after themselves.

We were so excited by this innovative campaign and we were equally as disappointed when we heard the ads were being pulled because of corporate complaints. Apparently several of the brands depicted in the ads complained, noting concern about the negative nature of the ads, and the adverse effects this may have on their brands. The companies have effectively ended a fantastic environmental campaign for fear that their logos would be negatively impacted.

We feel like the willing cooperation of these brands would have been a far better choice for the companies involved. By putting the kibosh on a playful and interesting non-profit campaign, these companies could be hurting the public interest. Living in a clean, healthy environment is important to all of us, and putting private interests above that feels wrong. Is Corporatocracy preventing the city of Toronto from preventing something as obviously harmful as littering? This seems like a selfish stance for companies to take to prevent potential adverse effects that may never happen. 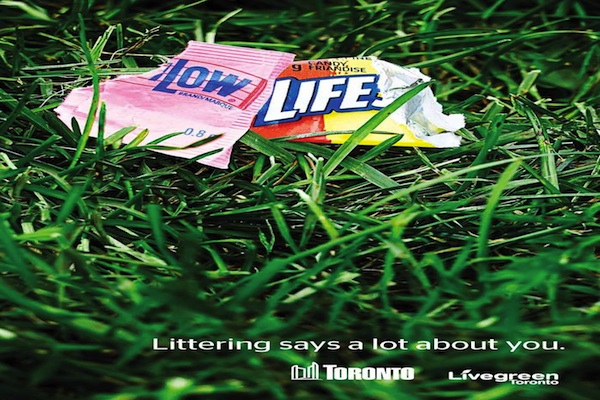 These ads picked up a lot of traction on the internet, and many praised their original approach to a massive problem. They are quite straightforward while not targeting anyone personally in a mean or malicious way.

What do you think? Would the brands represented in these ads would be negatively affected by this press or are they overreacting? Could there have been opportunity for these brands to use this campaign to their advantage?