The 2014 MTV VMAs have wrapped up and it’s time to tally up. Which celebrities brought it on the red carpet and dressed their very darnitty best? Let’s see!

We can guarantee that today it will be nearly impossible to not be bombarded with news from last night’s 2014 MTV Video Music Awards — more commonly known as MTV VMAs — since, as per usual, it was one heck of a party. Miley Cyrus didn’t twerk though, so there’s that.

Nicki Minaj showed off her valuable assets, Ariana Grande owned the stage, Beyoncé won every award ever and Katy Perry wore a jean dress as an homage to Britney Spears circa 2001. Sounds fun, right? Well, since we’re pretty laid-back people around here, we figured we would take things slow and just bask in the glory of the MTV VMAs best dressed. After all, ogling beautiful people is a healthy way to start the week, no? Let’s dig in! 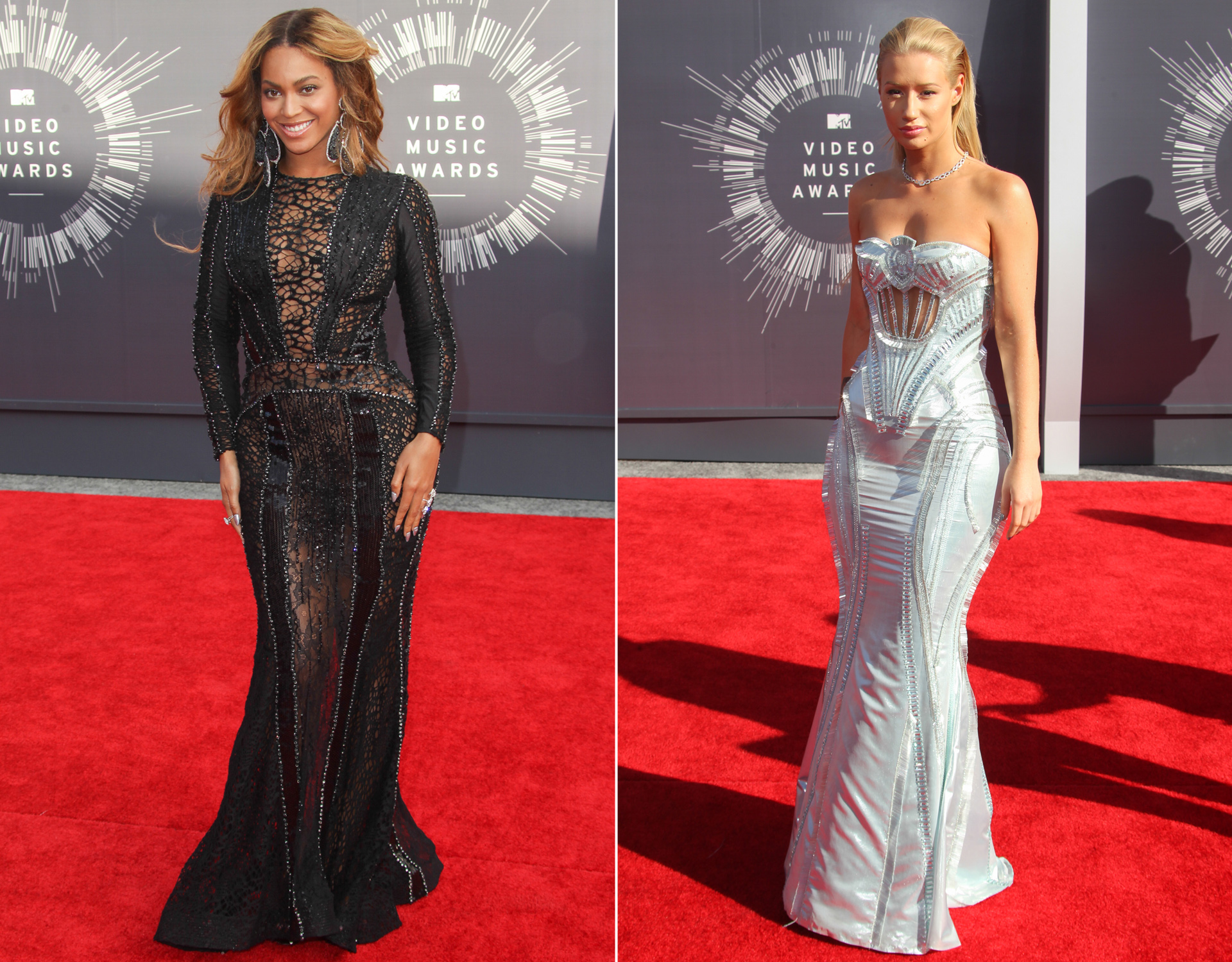 Last night there was no shortage of curvaceous ladies, that’s for sure. Beyoncé hit the red carpet wearing a rather sheer black gown — which very visibly showed off her generous behind — and she looked gorgeous. Iggy Azalea also displayed her figure in a body-hugging strapless gown and, we daresay, she looked all kinds of fancy. 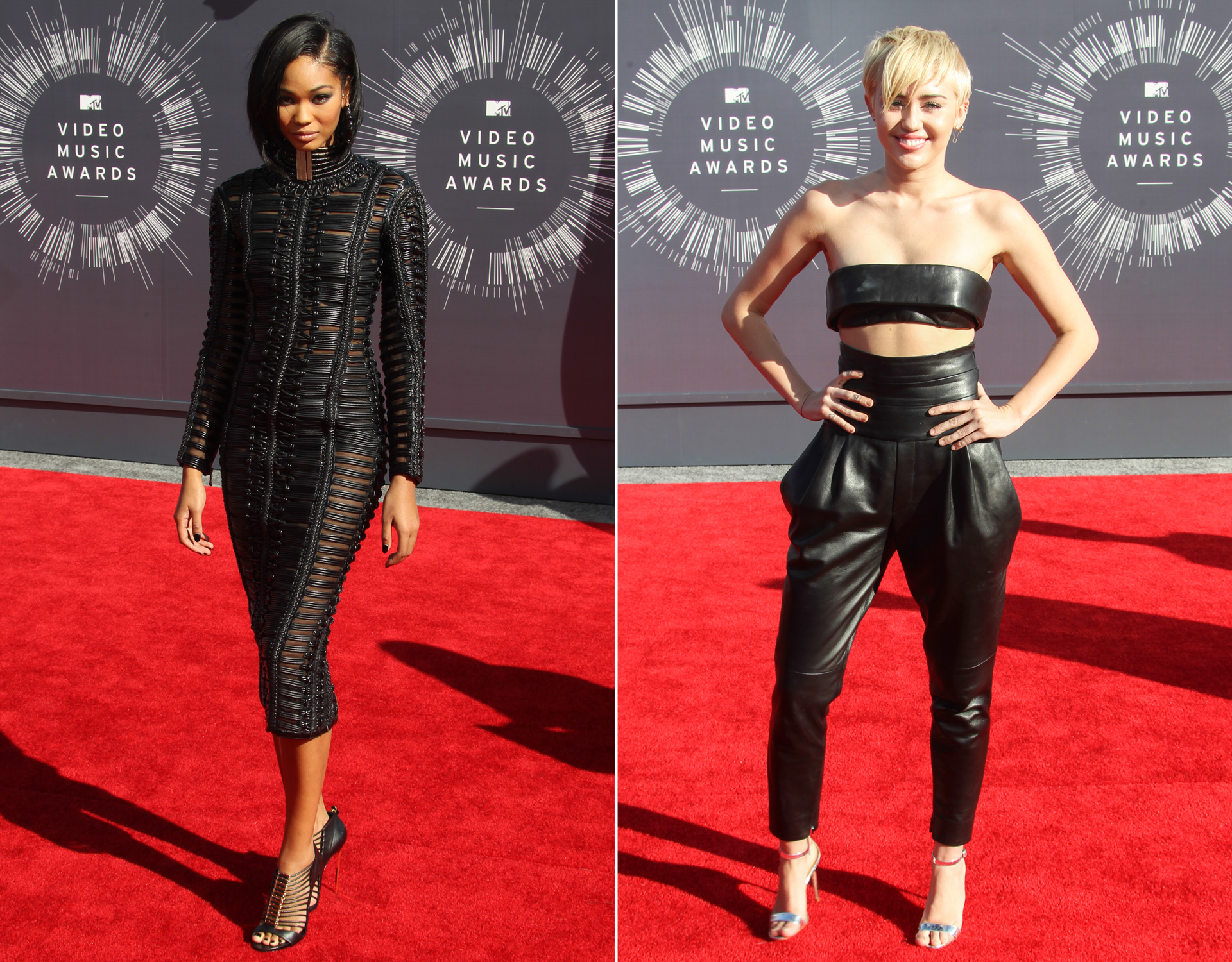 We don’t know how these women wore leather on a hot summer day, but more power to them! We’d be sweating buckets. Model Chanel Iman looked very runway ready in a fitted, black leather dress and Miley Cyrus stunned in a sexy two-piece. Way to go, ladies!

Canadian labels we love (that are also iconic) >> 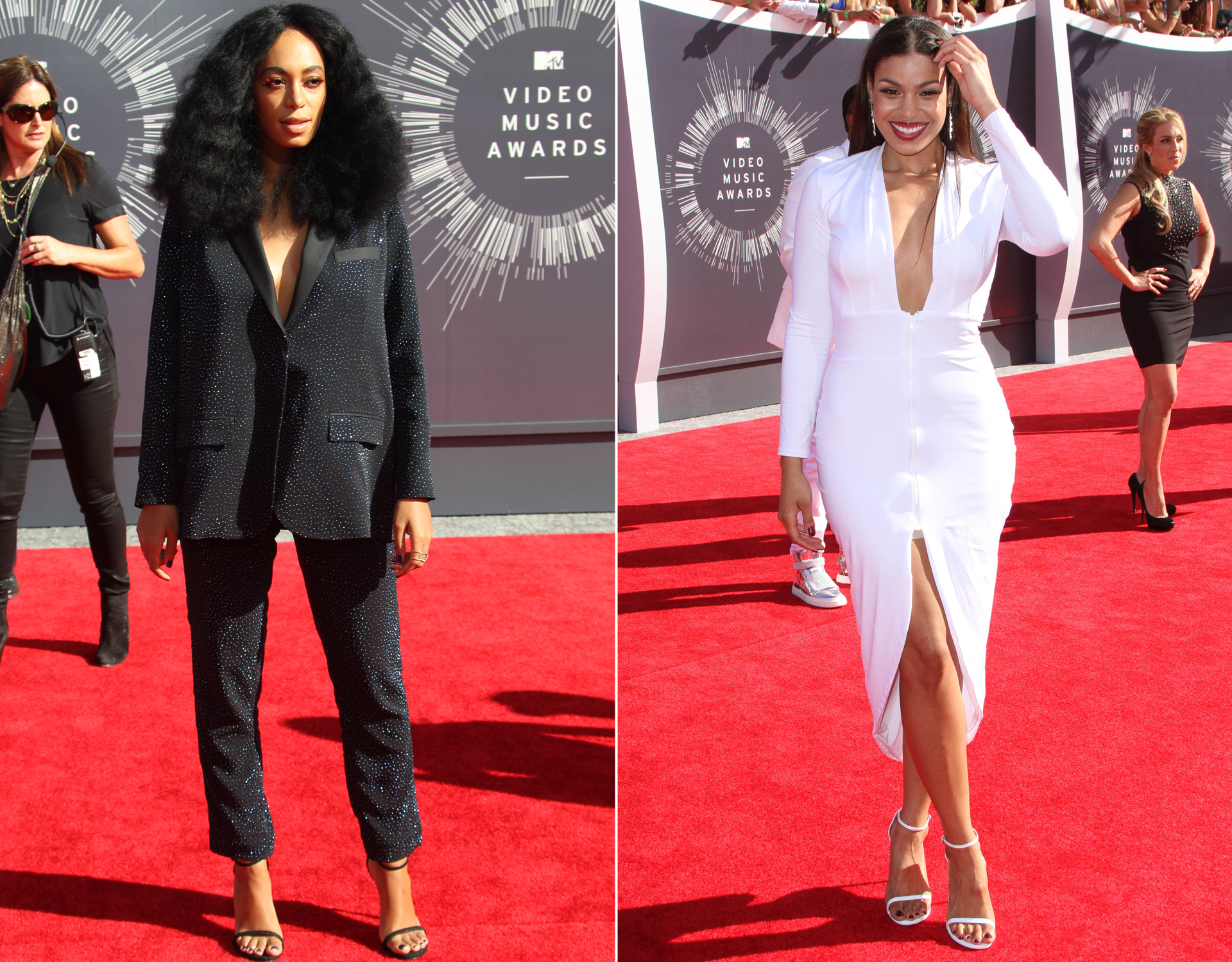 Displaying wagons of confidence, these ladies were not afraid to take the plunge. Solange Knowles hit the red carpet very in style, wearing a menswear-inspired sparkly suit sans shirt. Jordin Sparks dropped some jaws in a fitted, low-cut white gown, while still looking like a classy lady. Va-va-voom!

Which look was your favourite?