Summer is upon us, which means it’s officially Pride season! Check out the biggest LGBT Pride festivals and parades in Canada. Don’t forget to bring your adventurous spirit! 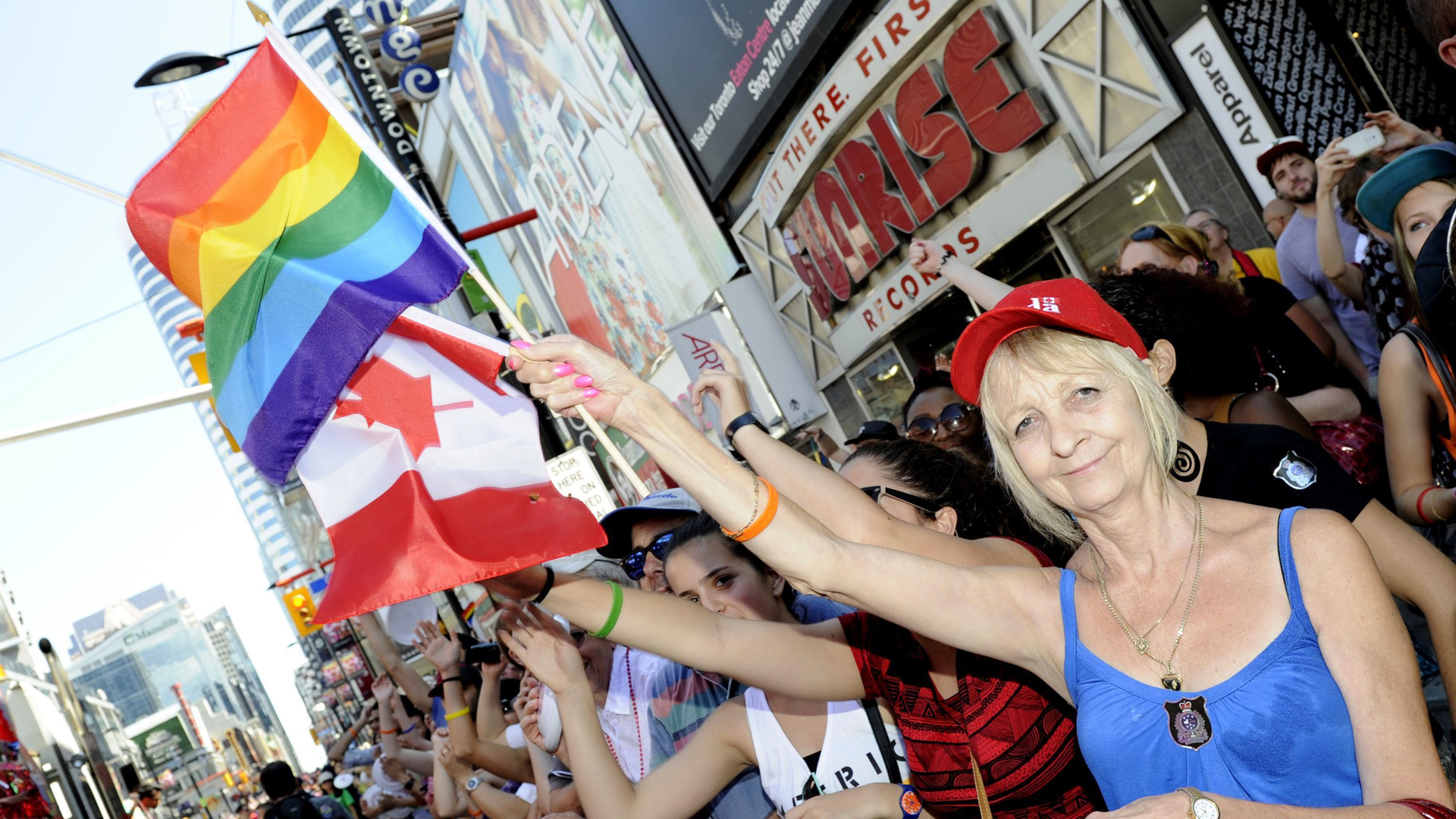 The sun is out, the sky is blue, and the birds are chirping… This means summer has officially arrived in the Great White North. And per tradition, this wonderful season also brings about the biggest LGBT — or rather LGBTTIQQ2SA (lesbian, gay, bisexual, transsexual, transgender, intersex, queer, questioning, two-spirited and allies) — festivals and parades.

So here’s what’s going on in Canada this month. Feel free to sample one, two or even all of these events:

This festival has already kicked off, so don’t miss your chance to show off your colours at Edmonton’s Gay Pride. Check out the dances, the parades, the music and the art, and connect with the LGBT community of this great city.

Check out the parade and some art, and party with Saskatoon at this year’s Pride Festival. Come out to support the LGBT community, or even sign up as a volunteer. It’s going to be a good time — we promise!

WorldPride 2014, powered by Pride Toronto, is one of the biggest international LGBT events in the world. The festival celebrates Toronto’s multiculturalism and the LGBT community with parades, parties, arts events and award shows. This is the event of the summer, and if you have the chance to check it out, we strongly encourage it.

OK, any festival in Victoria is bound to be gorgeous, right? We hear Victoria Pride is taking things to a whole new level this year, which means you have to go. Enjoy the vendors, the parade and even a boat cruise whilst showing your pride. What more do you need?

Celebrate the LGBT community of the Maritimes by hitting up the grand Halifax Pride Festival. This festival is bigger than you’d expect and can rival even Toronto’s WorldPride. So if you’re looking to show some support or to participate in the event, check it out!

Pride Montreal — or Fierté Montréal — is the biggest LGBT event in the province of Quebec and features a huge parade, stellar performances and the most lavish costumes ever. If you are around the city in August, then do yourself a favour, and check out this festival.

Last year Calgary had its biggest turnout yet, so this year the Pride Festival is hoping to beat that record with an even bigger party. Support the LGBT community, make some new friends, and have a bucketful of fun — come to Calgary Pride!

The Fête Arc-en-ciel de Québec — or Quebec City Pride Festival — might be a little smaller than its Montreal comrade, but it’s just as fun. Set in the historic Quebec City Saint-Jean-Baptiste neighbourhood, this festival is doubly as epic. As a bonus, the fest is celebrating its 10th anniversary this year, promising to offer a handful of new events.

Will you be checking out your local Pride event or any of the ones listed? Let us know!