Looking to take a trip this year? Look no farther than your own backyard. From east coast to west, there are over a dozen unique and must-see places to explore, whether you’re into adventure or hanging out in an urban city. 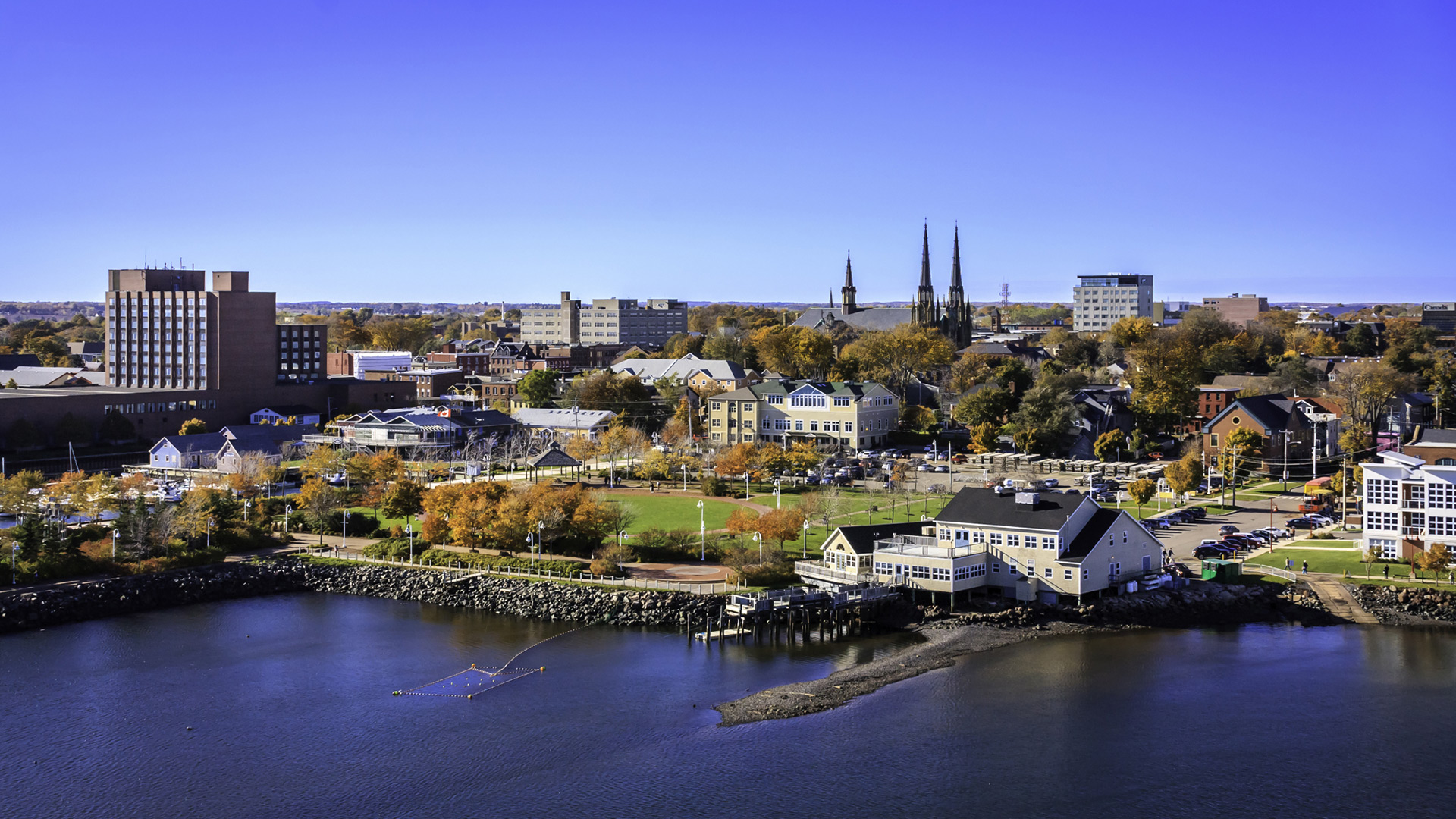 The “Birthplace of Confederation,” Charlottetown is one of the most peaceful and quaint places in the country. Its small-town, artistic feel is charming, and its landscapes are absolutely stunning — from the red sand beaches to the rolling fields of farmers’ plots. For literary buffs, Charlottetown is also the setting for most of Lucy Maud Montgomery’s books (Anne of Green Gables was based in nearby Cavendish). 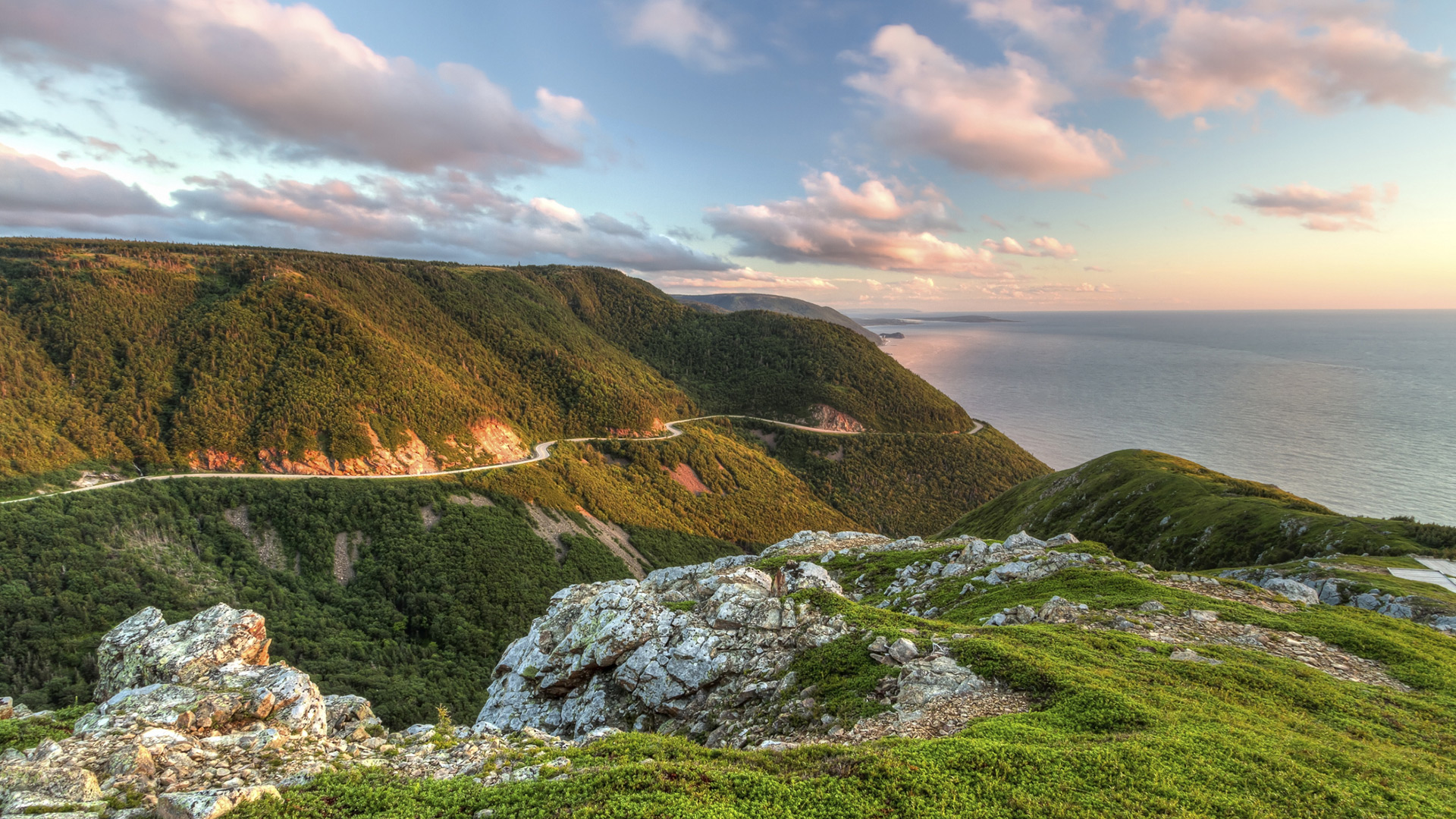 A winding roadway through Nova Scotia, one of Canada’s Acadian provinces, Cabot Trail provides an all-encompassing view of Maritime life. The route is about 300 kilometres long and meanders through Cape Breton Highlands and alongside the Atlantic Ocean. Go during lobster season (the summer) to watch ships trawl in shellfish. 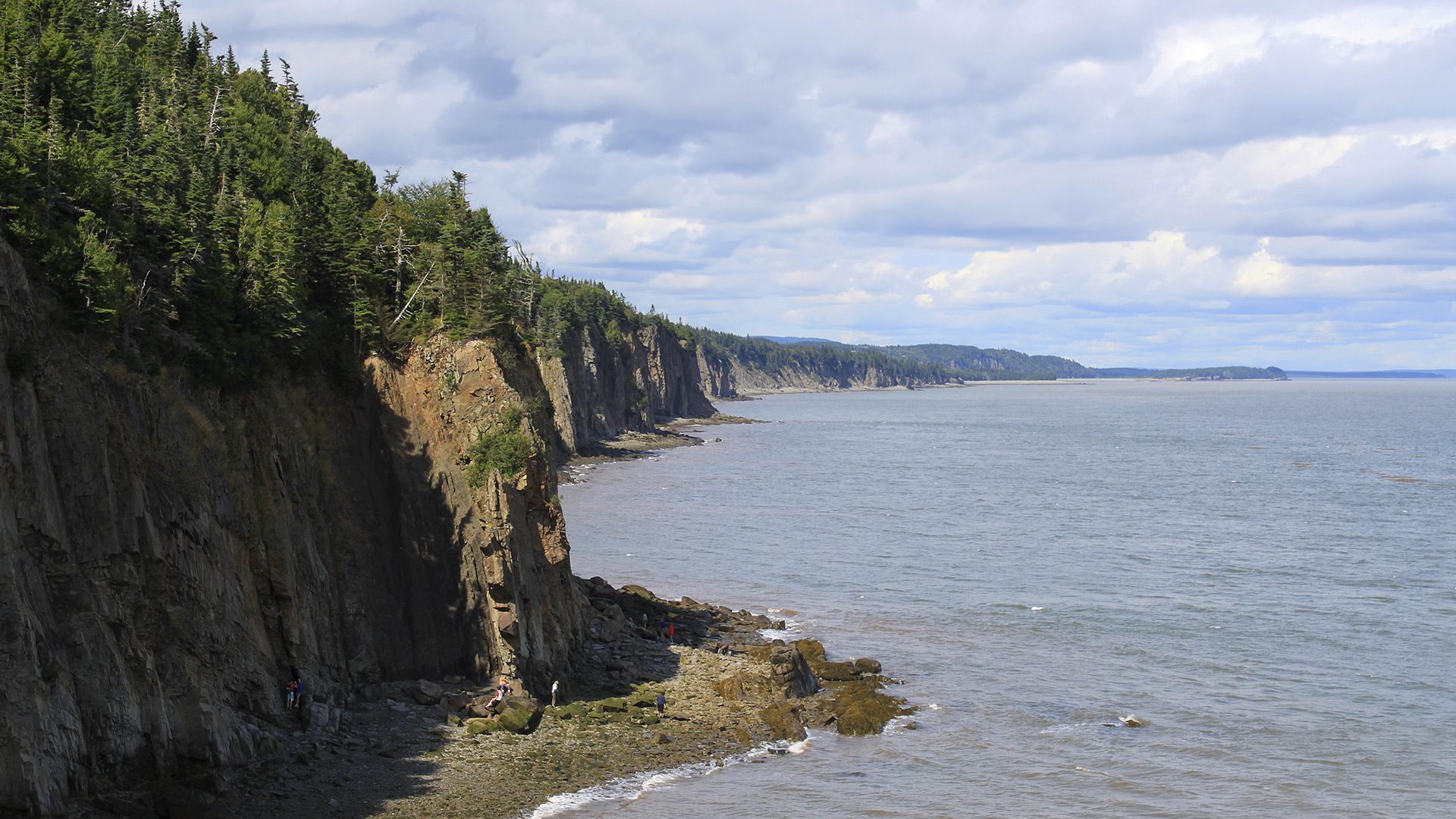 Bay of Fundy is home to one of the most amazing natural phenomena: the tides. It has the highest tidal range in the world. Discovered by Samuel de Champlain in 1604, the deep bay is the place to spend a day of watching the ocean (your mind will blow at its many shifts, from high to low tide). Take a hike on the ocean floor during low tide to discover unique sea fish and amphibians in the bay’s many tidal pools. 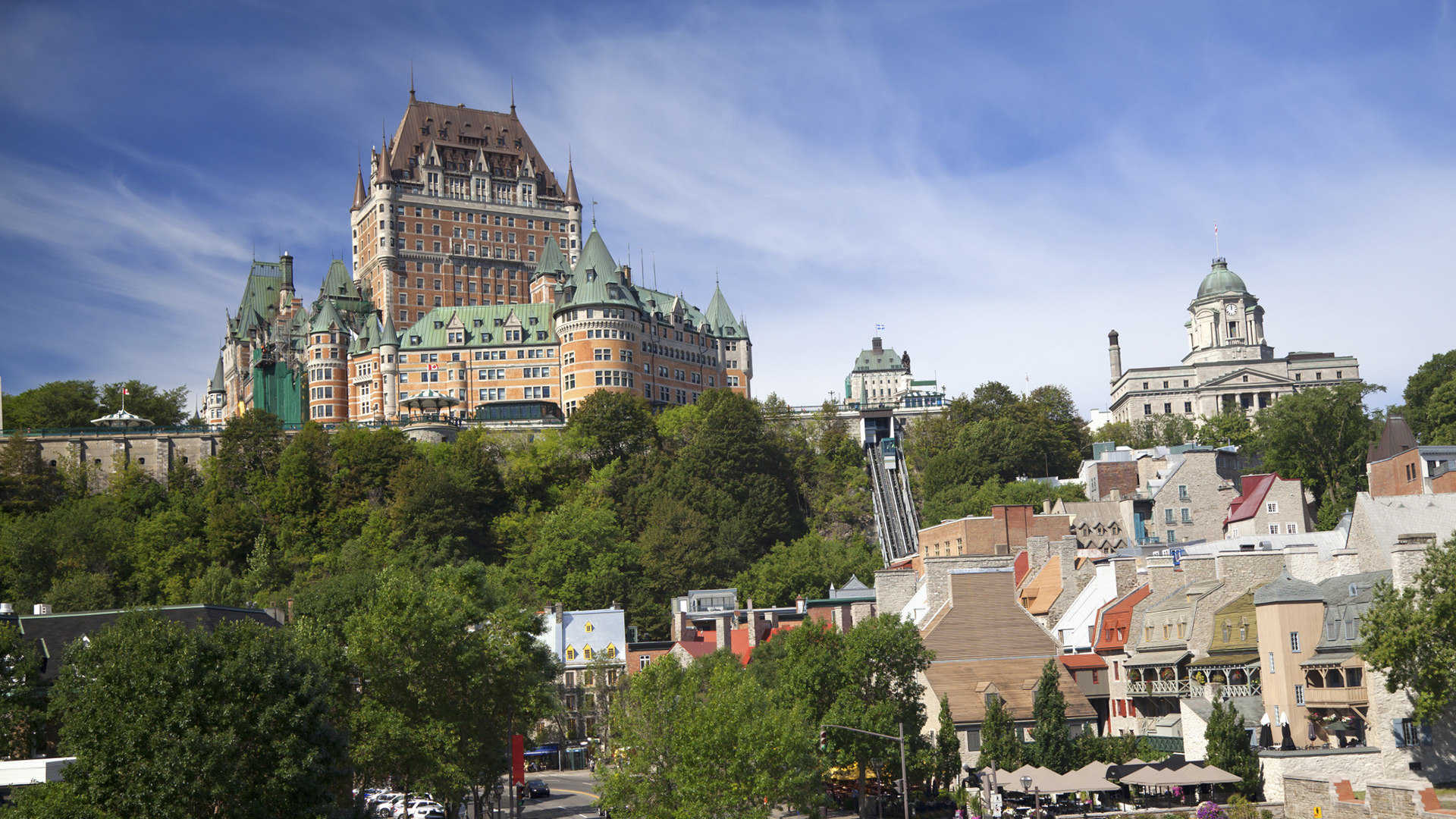 Meaning “where the river narrows,” Quebec City is one of Canada’s most beautiful landmarks — the old portion of the city is a UNESCO Heritage site. Founded in 1608 by explorer Samuel de Champlain (dude got around!), it’s one of the oldest and best-preserved cities in North America. It’s home to everything from great artist festivals and phenomenal French cuisine to North America’s only remaining fortified wall. 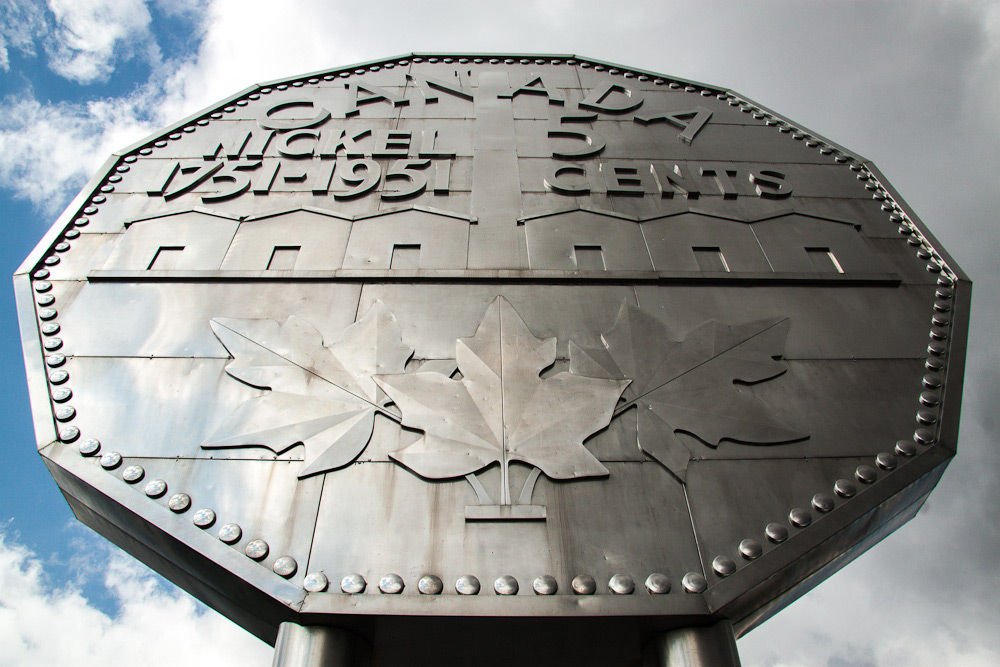 Road trip selfie alert! Big Nickel is one of Canada’s more unique monuments. At about 30 feet tall, this gigantic nickel was built to commemorate Sudbury’s mining industry, one much of Canada depends on. Built in 1964, it’s set to turn 50 on July 22. 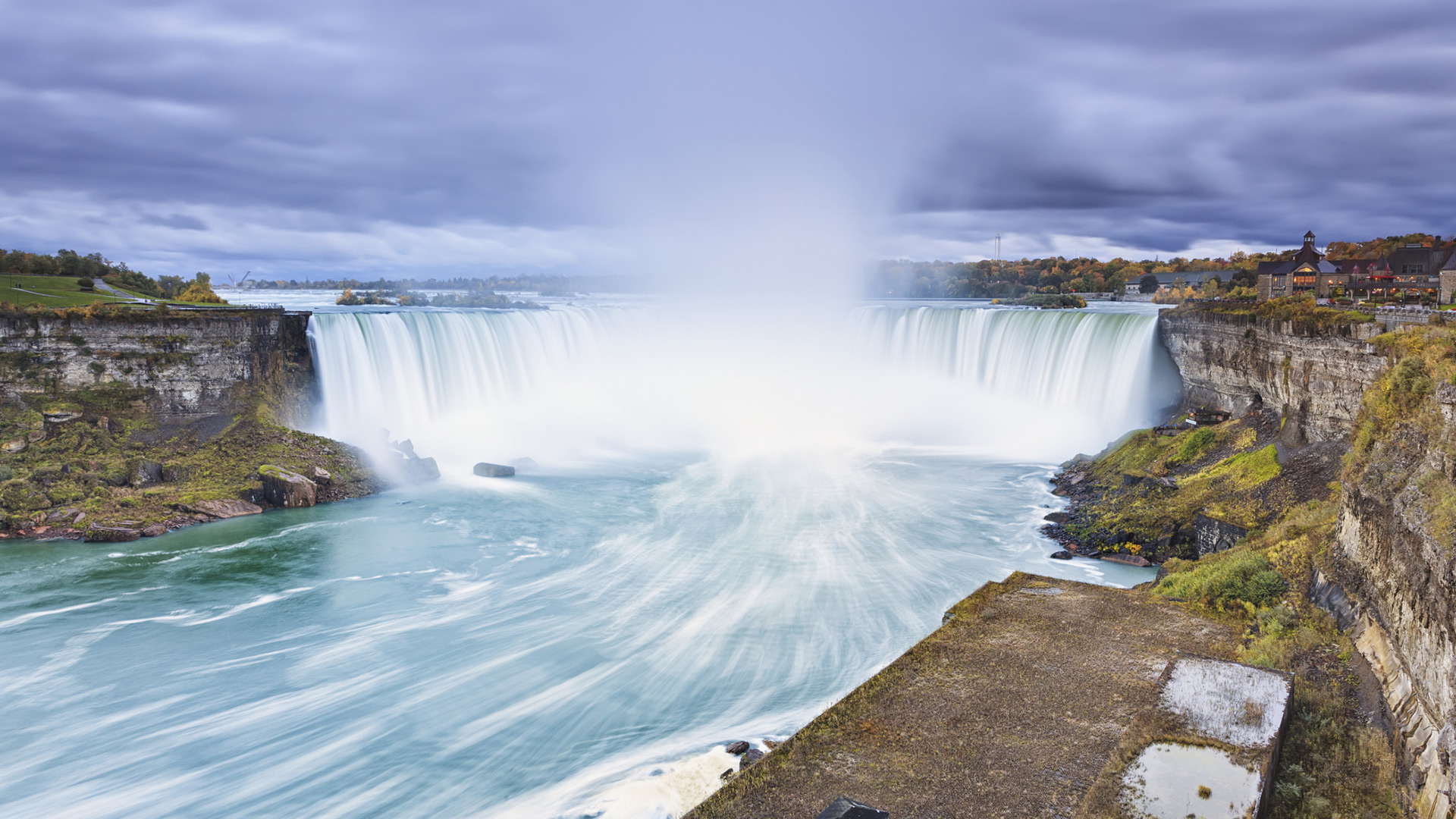 Niagara Falls and its surrounding region is one of Ontario’s most spectacular destinations. The falls themselves are a “Forgotten Natural Wonder of the World,” and the city proper has been dubbed the “Honeymoon Capital of the World,” courtesy of the beautiful view of the falls it affords. A new boat tour, Hornblower Niagara Cruises, is set to replace the famed Maid of the Mist this summer. Drive an hour outside the falls region to discover Ontario Wine Country. 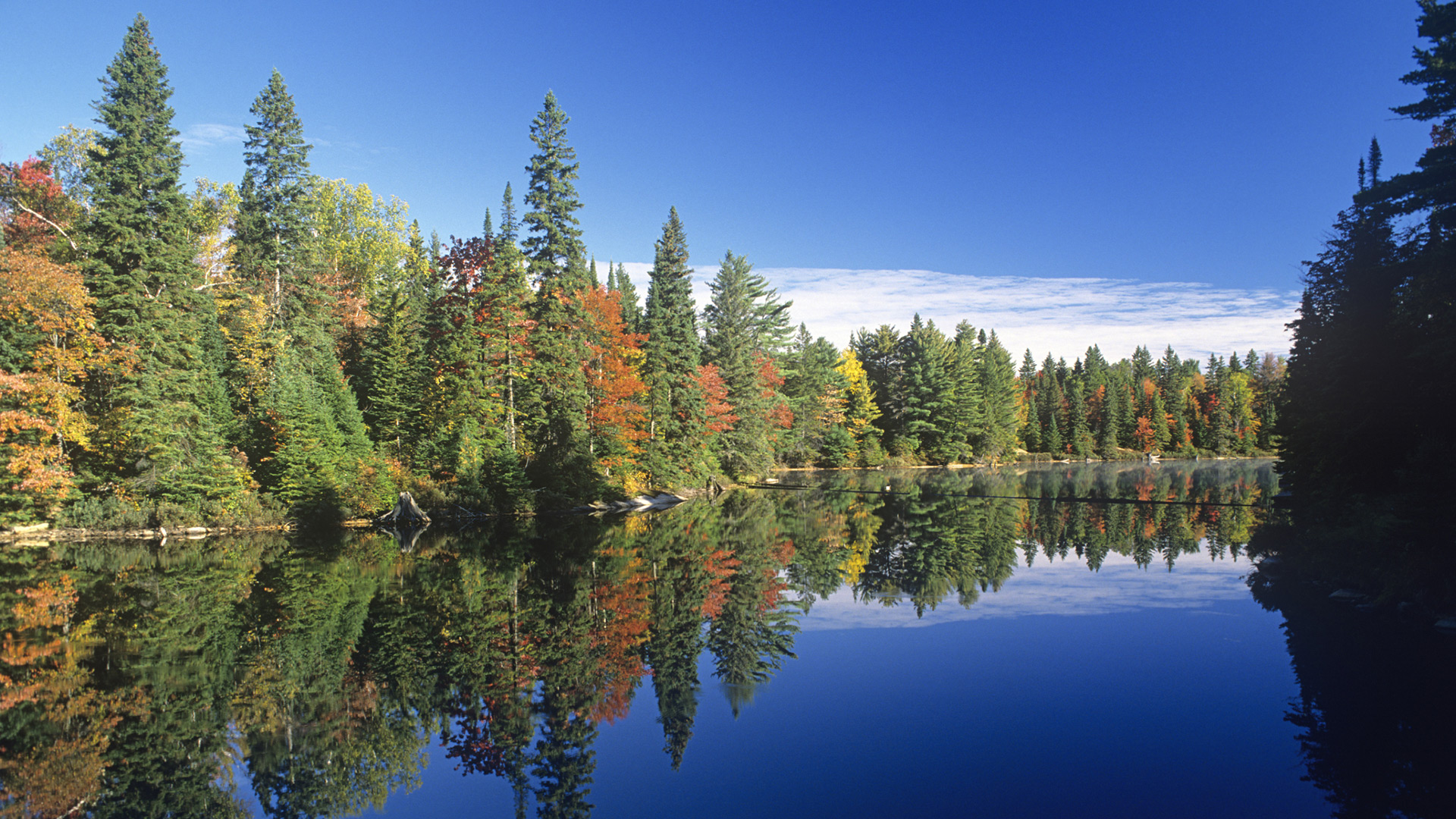 If you’re into camping, then Algonquin Park in Northern Ontario is for you. It is the oldest provincial park in Canada, and it’s a great way to see and explore many of Canada’s forested riches, from wildlife to plant life. The park is one of the most expansive in the world; it’s a quarter of the size of Belgium. It’s also perfect for canoeing or kayaking, as there are over 2,400 lakes and 1,200 kilometres of streams and rivers located within the park. 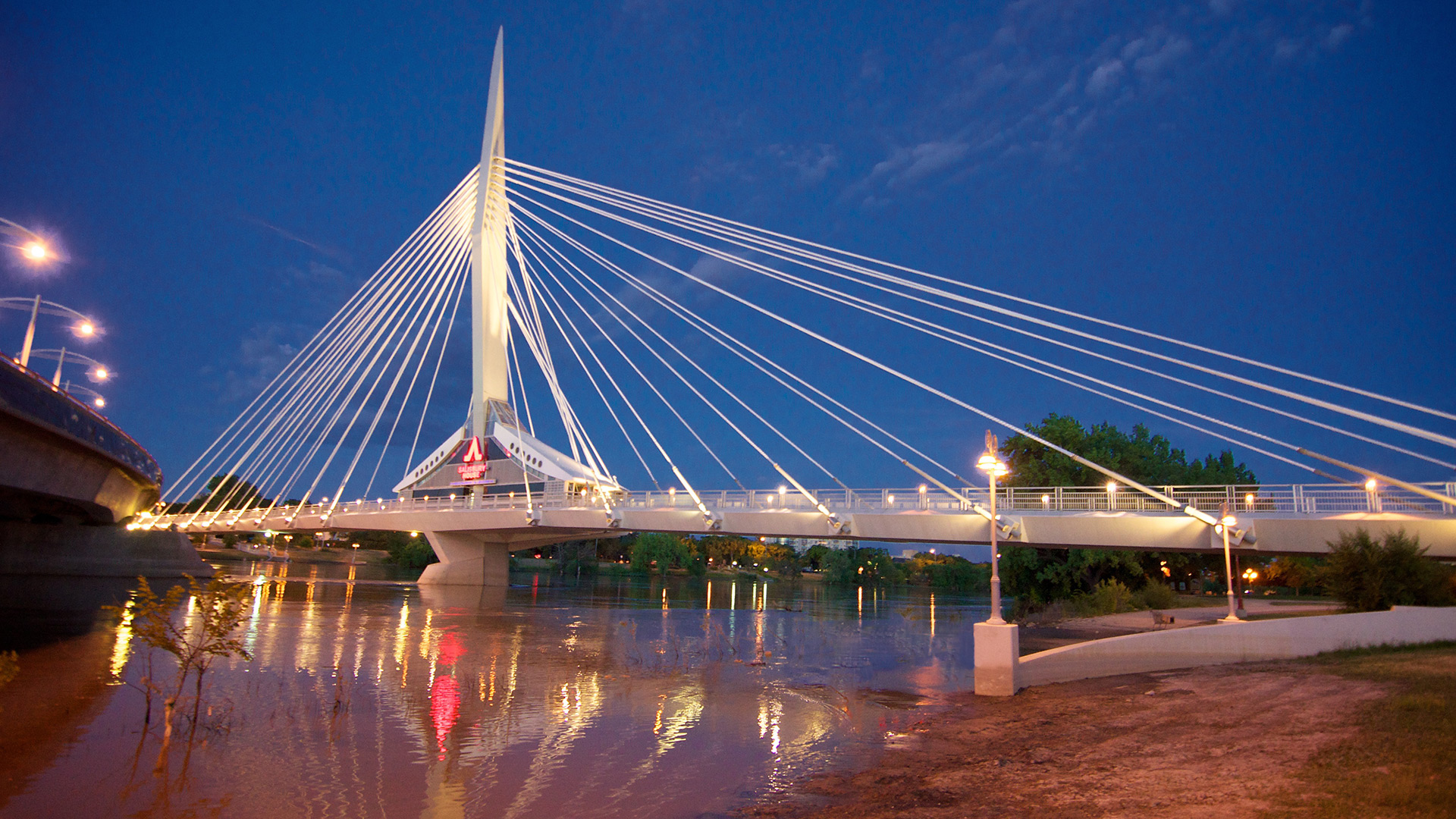 This winding river is a spectacular sight. It traverses much of southern Manitoba and stretches into the U.S. It empties out into Lake Winnipeg, which ultimately flows into Hudson Bay. A highway for trade for the Métis in the early days of Canada, it’s a Canadian Heritage site. The largest settlement along the river is Winnipeg, where the river forks — dubbed “The Forks.” The area will soon house The Canadian Museum for Human Rights. 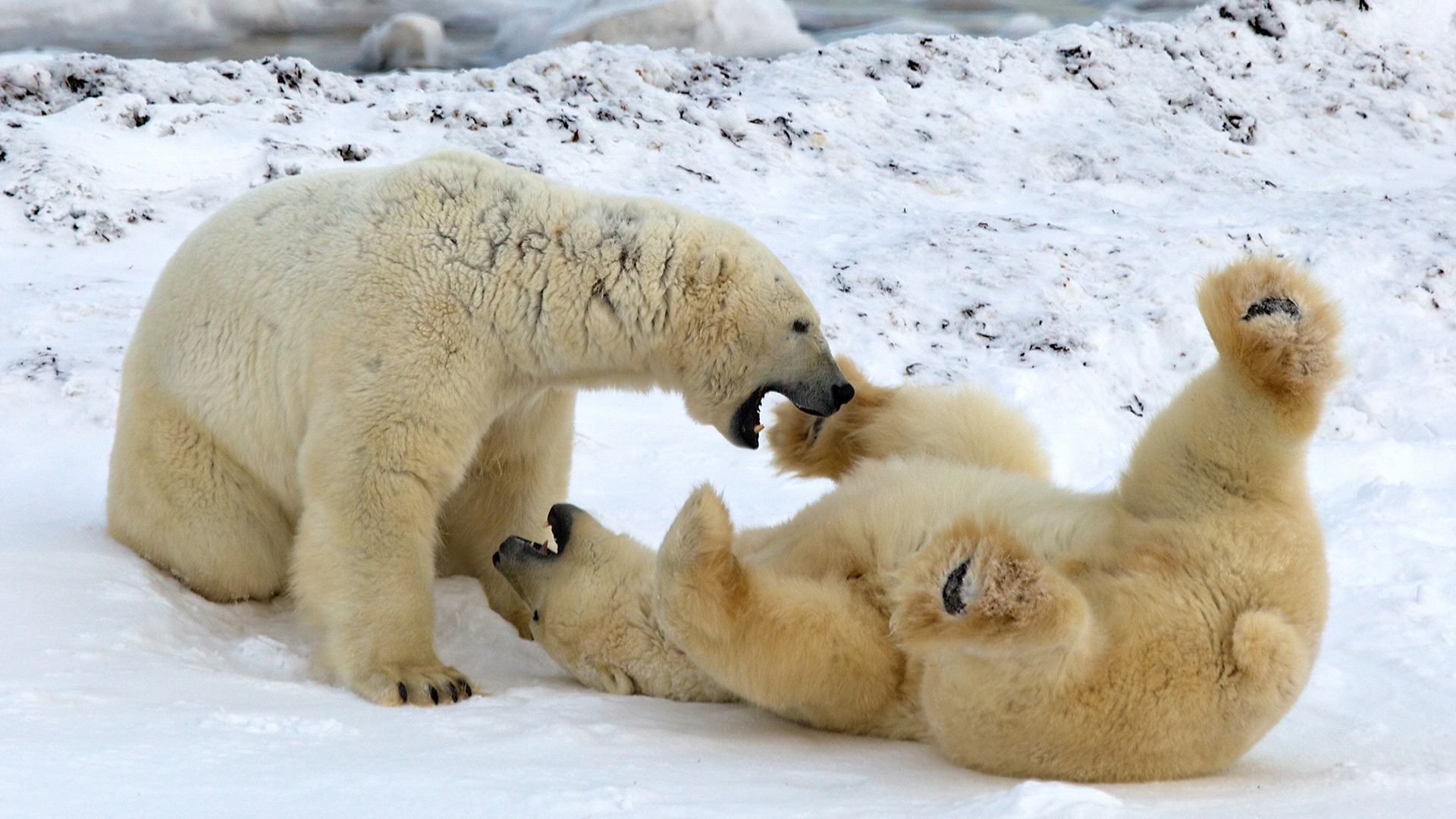 Who doesn’t love polar bears? Churchill is the “Polar Bear Capital of the World” and has started to boom because of the global interest in saving the endangered species. Part of Canada’s Arctic, it is an absolutely spectacular space that sits on Hudson Bay. You can take part in tons of unique winter activities in the area, from polar bear watching to dogsledding and ice fishing. 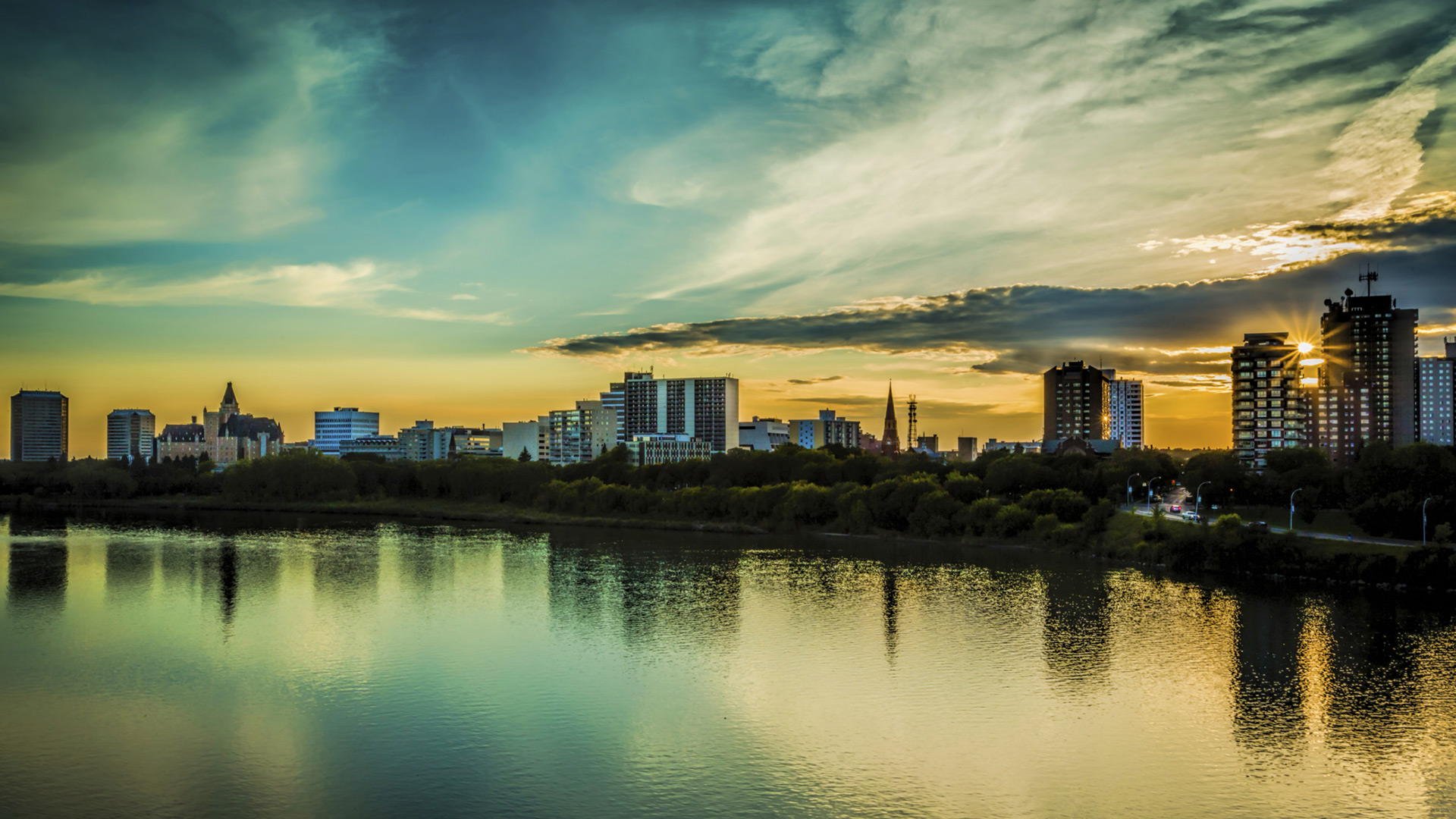 Canadian band The Tragically Hip dubbed Saskatoon “Canada’s Paris of the Prairies,” and with good reason. The small town has eight river crossings and is surrounded by spectacular rolling prairie vistas and big skies. It’s also the birthplace of Canada’s best berry: the Saskatoon berry (a cross between a blueberry and a blackberry). 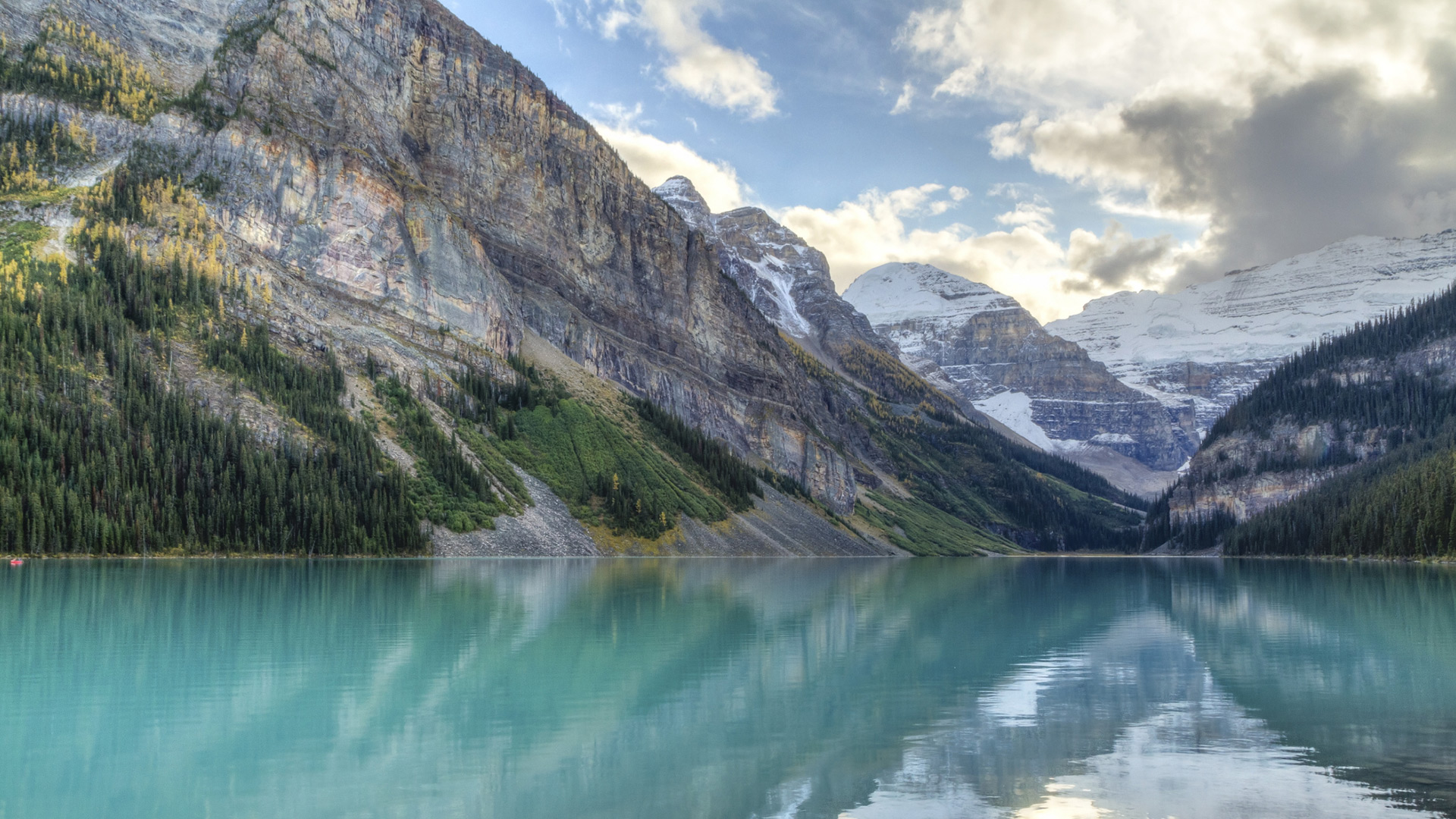 The Rockies are a must-see on any trip to or through Canada, and Lake Louise is at the epicentre. A short drive from Calgary and Banff, Lake Louise is one of Alberta’s many “emerald” pools of water. The colour comes from minerals from the mountains’ glaciers. The famed Fairmont Chateau Lake Louise affords stunning views of the landscape — the colour of the water seemingly changes as the sun rises and sets.

Now that you know where to go in Canada, here’s where to stay >> 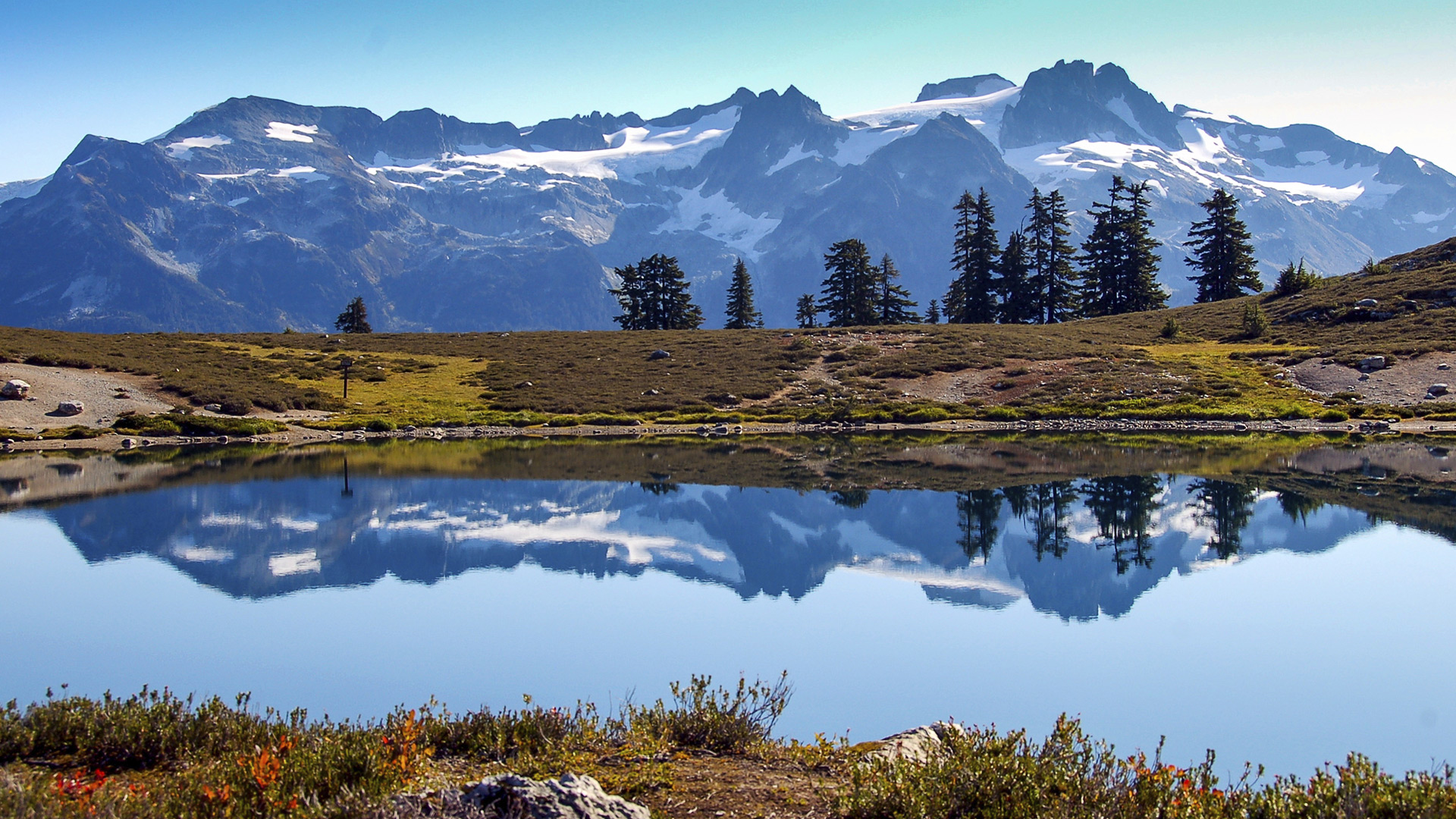 One of the homes of the Vancouver 2010 Olympics, Whistler is Canada’s largest sporting playground. In the winter, outdoor enthusiasts can hang out in the area’s village centre — Whistler Blackcomb — and partake in everything from skiing to snowboarding and even snowshoeing and dogsledding. In the summer, the ski routes are transformed into hiking trails, and the city becomes a bustling hub of art and music festivals. 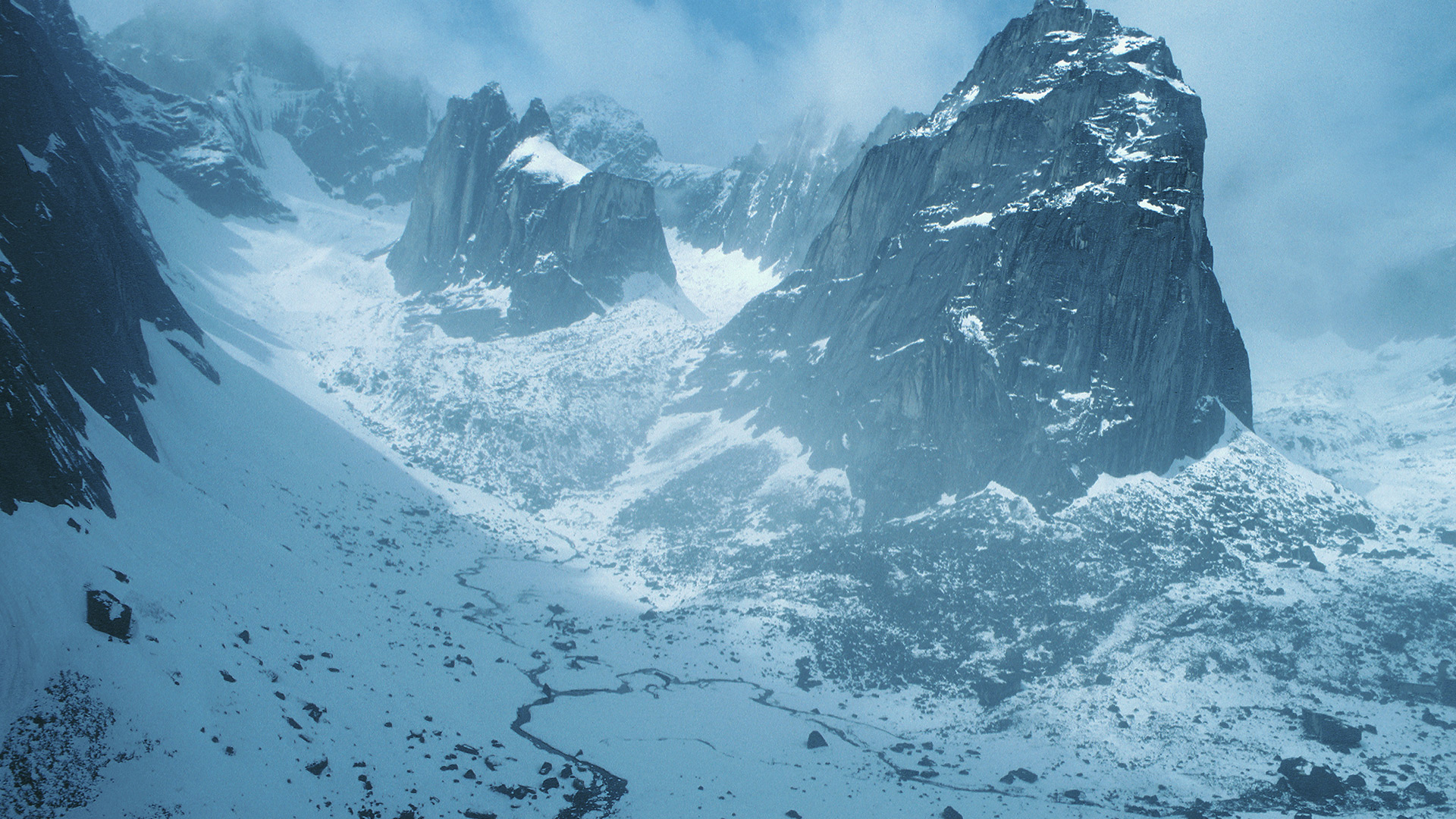 The igloo, Yukon and Northwest Territories 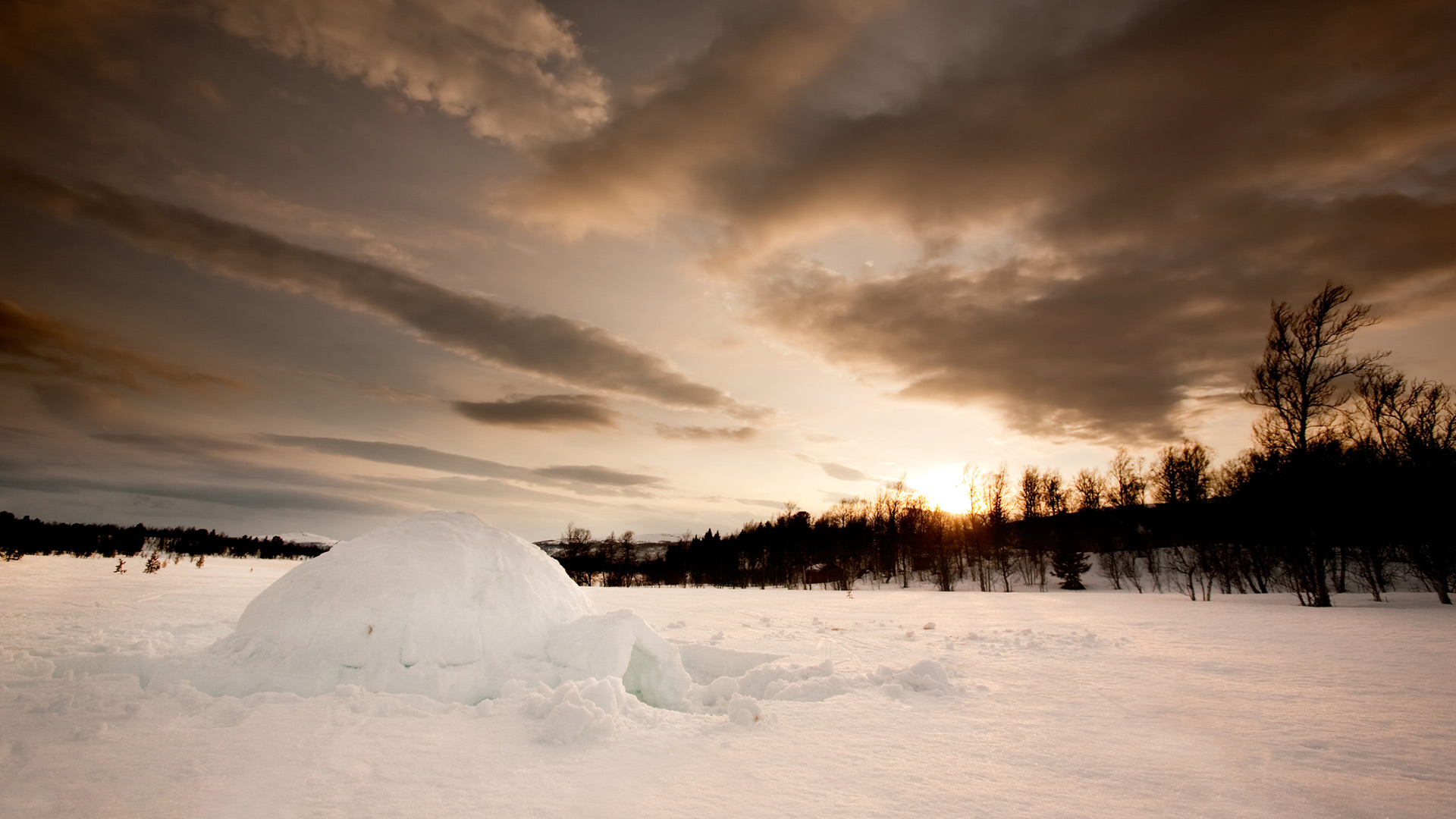 Associated with the Inuit people of Canada, igloos are iconic in Canada, and a trip to Canada’s north will afford visitors many opportunities to see or explore them. A circular dome constructed from blocks of snow, igloos are a sturdy yet insulating space where people in Canada’s Arctic can live. Seeing them dotting the country’s northern landscape immediately transports a tourist to days of yore, when much of the country was still undiscovered. Tourists can even rent one to spend a night in. 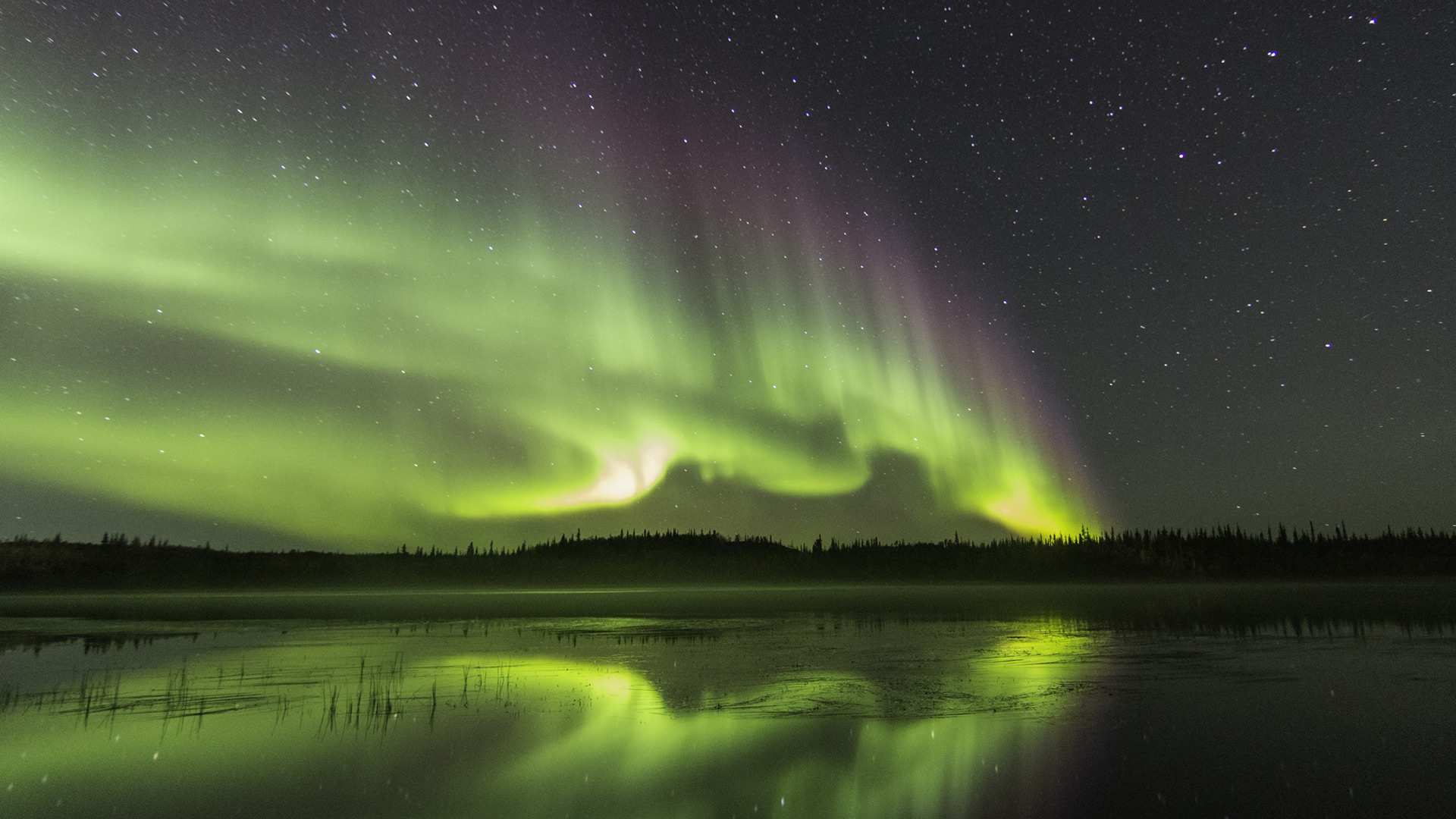 Canada is quite possibly the best place to catch a light show of the aurora borealis. The natural phenomenon happens on the regular in the north and shoots a rainbow of colours through the night sky, from reds and blues to greens and yellows. The result of gas particles and electricity colliding in the ozone, the lights are best seen in Canada’s territories, though they’ve also been spotted as far south as Toronto.