Whether you like it or not, Facebook has pretty much been integrated into our daily lives in the past 10 years. From reading updates to posting pictures of your kids, it’s here to stay. 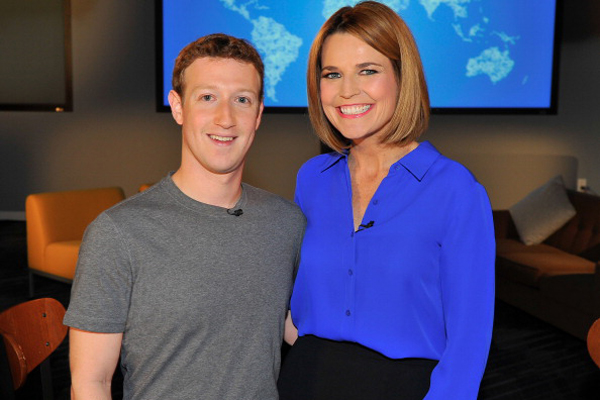 In an interview with NBC’s Today, Facebook founder Mark Zuckerberg told Savannah Guthrie that the past decade has “been a pretty amazing journey,” and it’s “rare to have the opportunity to touch a billion people’s lives.” We agree!

Facebook has come a long way since 2004, when it was first launched. It has gained countless users (nearly a billion!) and continues to evolve as a company, inventing new ways of capturing its customers. Despite new criticism and reports of users opting for other social media outlets, Facebook continues to grow.

Why you shouldn’t be Facebook friends with your partner >>

“One of the good pieces of news about being a public company is we actually report our results every quarter. And you can see that engagement is growing and we’re helping more and more people connect.”

Who knows? Maybe in another 10 years Facebook will no longer exist, or maybe it will be bigger than ever. You just never know. To mark this momentous milestone for the website, we decided to share 10 things (good and bad) we’ve learned from Facebook:

1. Your mum always reads your wall

As mums climbed over to Facebook, we realized we’re never too old for a scolding. There’s nothing worse than receiving a phone call in the middle of the night from your weeping mother because she saw you used profanity in your latest status update. They read it all — always.

2. Everyone is getting married or having babies

Nobody posts negative updates, so it often does seem as if all your friends are getting married, having babies or getting promoted. It drives us insane! We still haven’t even figured out how to put IKEA furniture together, and our friends are making babies!

This never goes well, whether it’s on Facebook or Twitter. Nobody wants to know about how “jenna i s a liygn !@#$%…” Drink and update statuses responsibly, please.

Sometimes people just get filled with emotions, and they explode on Facebook. Whether it’s a depressing, angry, vengeful or plain mean status update, some people just need to hug it out — instead of holding their fellow Facebookers hostage.

5. All of us are just dormant stalkers

6. Your “friends” are not really friends

OK, nobody really has 500 friends. Your Facebook friends will comment on a funny status update or on that cute photo of your dog within seconds, but if you need someone to help you move your couch, all of a sudden, all your 500 friends are busy. Coincidence? We think not.

7. Dumping someone can be much easier and more cowardly

It used to be cowardly to break up with someone over the phone. Then it was cowardly to dump someone via text message. But now you can just change your relationship status to “single,” and it’s done. It’s a whole new level of confrontation avoidance. And if you think no one would ever do something like that, think again.

It’s a trap. Everyone looks gorgeous in their profile photo. We use filters, flattering angles and lighting, but nobody actually looks like that in person. Heck, we can even Photoshop our head onto Scarlett Johansson’s body if we wanted too. Facebook teaches us to use our instincts.

The “Like” button is a wonderful thing, except when it’s not. If someone posts an update about a death in the family or some other sad news, you have no choice but to “like” it. But does it mean we actually like it, or will it be understood that we “sympathize”? Oh, the difficulties of our time!

10. You don’t have to wait for a reunion to laugh at your former classmates

This one is great. Thanks to Facebook, we no longer have to wait for decades to compare ourselves to our former classmates. We can smirk at our success compared to those who taunted us in school. We can see if our ultimate high school crush grew up into an even hunkier man. It feeds the most sadistic parts of us, and we secretly love it.