Grab a box of tissues, girlfriend! If you’re already married, these cute-as-a-button wedding proposals will have you a little misty-eyed and wishing your partner could pop the question all over again. Still single? At least you still have hope the love of your life will exceed all your expectations with a proposal just as cool as these.

Related story Who Is David Dobrik? Your Kids May Love This YouTuber Connected to Sexual Assault Allegations 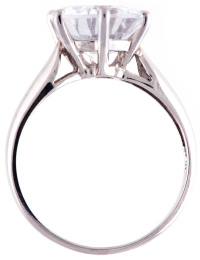 Grab a box of tissues, girlfriend! If you’re already married, these cute-as-a-button wedding proposals will have you a little misty-eyed and wishing your partner could pop the question all over again. Still single? At least you still have hope the love of your life will exceed all your expectations with a proposal just as cool as these.
1

When Ginny gets taken to the movies to see Fast Five, she has no idea that after the trailer for The Hangover, her boyfriend, Matt, has planned to propose. Matt posted the video clip to YouTube, where he expected it would get a couple of hundred hits. Their proposal has had over 29 million hits, and the couple has made numerous TV appearances, including The Ellen DeGeneres Show, where they were gifted a honeymoon to Montego Bay.

Spencer Stout and his boyfriend, Dustin, share a love of home improvements, so it seemed only fitting that Spencer chose Home Depot for a surprise proposal. It took three months to organize the elaborate proposal with their friends and family.

Who doesn’t love a good flash mob? This is flash mobbing on an epic scale. The Fox television series Mobbed, hosted by Howie Mandel, surprised this bride-to-be not only with an engagement proposal but a wedding too!

Brad proposed to his girlfriend, Emily, with the help of One Direction and a heap of her friends and family. Along the beach he left notes for Emily to read. Each note spoke of a favourite memory and led her to the spot where he would propose.

Are you romantic? Test your love IQ >>

In May 2012, Isaac told his girlfriend to meet him at his parents’ house for dinner. Upon her arrival, his brother had her sit in the back of an open Honda CR-V and gave her some headphones. He said he wanted to play her a song.

In August 2012, Thompson organized a unique treasure hunt, in which he gave his Canadian girlfriend, Veronique, four numbered envelopes that would lead her to the destination where he planned to propose.

David Gray auditioned for the The X-Factor, despite not having the best singing voice, for his girlfriend, Lauren Waguespack. After her audition, he got down on one knee and popped the question in front of the judges and an auditorium full of people.

How to make your man more romantic >>

When Eldon proposed to Heather, he wanted to make sure he had her children’s blessing. While Heather and the kids were in church, watching the main announcements, she had no idea he was about to propose in front of her entire church family. “We have both been through a lot in our past and we are so blessed to have found each other,” Eldon wrote on his YouTube channel.

Despite the wet and windy weather in Melbourne, Australia, Celyse’s boyfriend and father to her children organizes an elaborate proposal, where friends and family deliver a rose for every day he’s known her. Doesn’t that make your heart melt?

Nicole and her girlfriend, Lily, teamed up with Treble NYC, a semi-professional a cappella group. For their first professional gig, they practiced Bruno Mars’ “Marry You,” only when Nicole arrived for their gig, they started singing without her. She had no idea her girlfriend, Nicole, was about to propose.

15 Ways couples can plan for a getaway holiday
The weekend getaway: How to pack lightly
Underrated Canadian March break getaways