Use everyone’s favourite spooky holiday as a chance to travel. We’ve rounded up some of the scariest places in Canada to vacation this Halloween, from haunted hotels to restaurants with a ghoulish past. 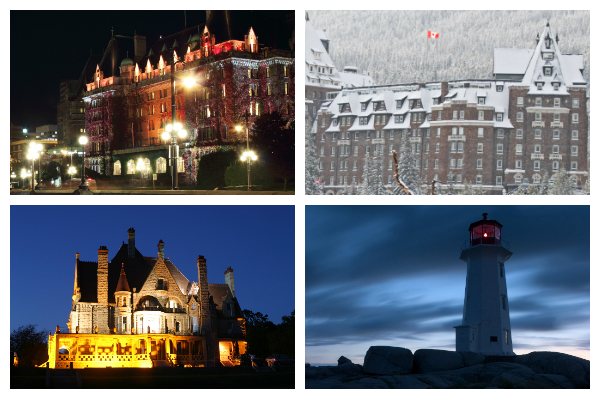 Author Terrance Zepke has written several books on this subject, including Spookiest Lighthouses and A Ghost Hunter’s Guide to the Most Haunted Places in America. We asked her for her insight into some of Canada’s spookiest spots to check out this Halloween.

The Keg Mansion in Toronto isn’t just a popular spot to get a steak. While it’s now a well-known Canadian restaurant, it was once the private residence of industrialist Hart Massey and his family. “According to legend, in 1915, Massey’s only daughter, Lillian, died, and one of the maids was so grief-stricken that she [hanged] herself,” says Zepke. “Or some say the maid took her life when her affair with Massey was about to become public.” Either way, she tells us that the ghostly image of a maid hanging by her neck has been seen by more than one Keg visitor over the years. Have you seen it? 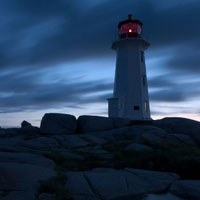 If you ever visit Peggy’s Point Lighthouse, you might get spooked by a ghost. A woman named Margaret survived a shipwreck in 1800, but her children didn’t, and Zepke says that, according to legend, she walked the shore, staring at the Atlantic Ocean for hours because she missed them so much. She then suffered the loss of her second husband, and the grief was too much to bear. “Soon afterwards, Margaret took her life, unable to bear so much grief. Ever since the lighthouse was built in 1868, her spirit has been seen on the shores by tourists,” she says. 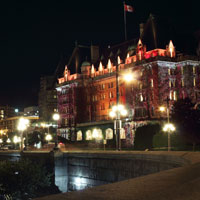 There are a few spooky visitors you might run into if you book a room at the Empress Hotel, so be prepared. You could make the acquaintance of a thin man with a moustache, walking the halls with a cane, who is thought to be the apparition of the building’s architect, Francis Rattenbury. Or you might see a maid cleaning on the sixth floor but who disappears into thin air when approached. And there’s one room that’s haunted by a little girl, but no one knows why she does. Guests have even reported an elderly woman in pyjamas knocking on their door and looking lost. “Upon trying to help her find her room, she leads guests toward the elevator before disappearing. She is thought to be a spirit who died of natural causes while staying in the hotel,” says Zepke. But why is she wandering the halls? Zepke explains that the room was demolished to make room for more elevators, so it is believed that her spirit is confused as to where to go.

Be careful on the stairs at the Jasper Park Lodge. “There is a very steep staircase in the hotel that is haunted by a man who fell down them and soon died from his injuries. He has been known to push guests on the staircase,” says Zepke. “There is also a chilly breeze that sweeps through the place, seemingly coming out of nowhere and not felt anywhere else in the hotel but the staircase, that can knock guests off their feet.” 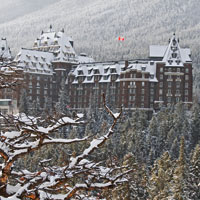 What better place to spend Halloween than Banff Springs Hotel, which Zepke says is rumoured to be one of the country’s most haunted? “Built in 1888 by the Canadian Pacific Railway, this hotel is the site of numerous terrifying ghost sightings, including a murdered family in room 873, a bride who died falling down the hotel’s marble staircase and a retired bellhop named Sam Macauley, who continues to haunt the hotel, dressed in full uniform.” Yikes. 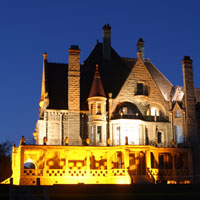 Now a popular Canadian tourist attraction, this castle in Victoria was built in the 1890s for coal miner Robert Dunsmuir (who died before the castle was completed) and his family. The Victorian-era mansion also comes with a few spooky surprises, says Zepke. “Paranormal activity includes a piano that plays by itself and sightings of a ghostly woman in white.”

Costco is Selling Birkenstock Clog Dupes for a Bargain