Thinking of going abroad this March break? Why not explore everything Canada has to offer instead? It’s cheaper, closer and still home. 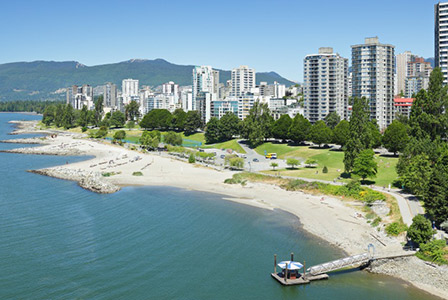 Vancouver is not an underrated city to visit, but its March break potential is undervalued. Considering it’s on the West Coast, the temperatures in March are significantly higher than anywhere else in Canada — perfect weather for exploring the city. The variety of shopping opportunities, museums, art galleries, architecture and trails in the surrounding area… Hallooo, wonderful! Instead of flying to the States for the same wholesome experience, just stay on home turf.

How do you get your kids to go to a museum? Sign them up for a spy camp, of course! The Diefenbunker was built during the Cold War to be used as the Emergency Government Headquarters in case of an attack. Now it’s an incredible museum and a National Historic Site of Canada. The museum runs a spy camp during March break for girls and boys aged 7–12, called The Art of Espionage. Kids get to learn all about disguise, code breaking and being an agent. So while you get your shop on in ByWard Market, the little ones can go crazy in the spy camp. It’s a win-win trip!

Check out our picks for fun, free Family Day activities >>

It’s an ice hotel — do you need more of a reason? With the temperatures rising and spring coming, do something different. The hotel offers a variety of rooms, a movie theatre, a bar and a club, and everything is made out of ice, including the furniture. It even has a chapel in case you want to get hitched while you’re down there. What’s more, you’ll be located right outside the historic city of Quebec and can go off exploring at any time. How nice is that?

This is a more youth party-oriented experience. George Street is a quaint little street in St. John’s, filled with pubs and restaurants that are, amazingly enough, open later than any other place in Canada. This hidden gem is perfect for any university or college student looking to get away. Stroll through St. John’s, peep the scene, enjoy all the city has to offer, and then hit George Street for the night. What can be better?