How often do you check Facebook? Two, three, four, maybe more times in a day? Recent evidence suggests the social networking site may not be as healthy and helpful for us as we may have thought. 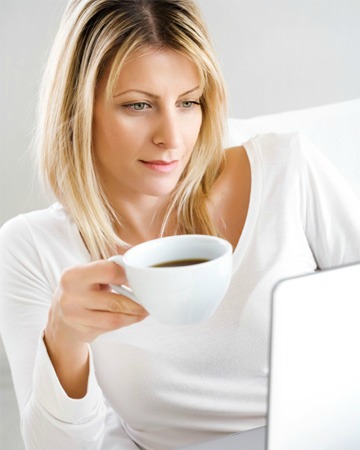 So, is it time for you and Facebook to stop seeing each other for a while?

If your conversations tend to start with “did you see so-and-so’s status?” or “have you looked at that picture of so-and-so?” you may be spending more time on Facebook than you need to. And your time spent signed in may not be terribly productive. If you think this might be the case for you, it may be time to take some time off from the social media website.

The Atlantic reveals that a study done by a graduate student at the Human-Computer Interaction Institute at Carnegie Mellon shows that Facebook users who spend most of their time in “passive consumption” — meaning, scanning through others’ ongoings and updating their own statuses — are more likely to feel lonely. This “passive consumption” may also correlate to a marginal increase in depression. If you’ve ever read a post or status update that indicated a friend might be having fun without you or an acquaintance’s life may seem more interesting than your own, you can likely attest to the sense of isolation and sadness the study suggests.

Another study done by John Cacioppo, the director of the Center for Cognitive and Social Neuroscience at the University of Chicago, indicates that “the greater the proportion of face-to-face interactions, the less lonely you are.” And when you’re scrolling through Facebook or hitting “like” on someone’s status, you aren’t engaging in a face-to-face interaction.

The fact that Facebook can increase a person’s chances of feeling lonely or isolated doesn’t necessarily mean it will. In today’s world, social media can be a very important resource, but it shouldn’t be your only resource. If you find you aren’t using Facebook as productively as you would like or you believe it may be consuming more of your time than is necessary, taking a break may be a positive change for you. Time away can help you refocus on what really matters and give your mind a much needed rest from internet scanning.

How to take a break

As with any habit, reducing the time you spend on Facebook can be challenging for many, so start small. Between laptops, tablets and smartphones, you can literally be on Facebook all day, every day. And that’s a tough pattern to break.

Consider cutting the number of times you check Facebook in half. So if you normally check it four times in a day, pick two times you will allow yourself to sign in, and do so only then. Continue limiting how often you check it until you have it down to once a day or once every other day. Because when you think about it, how much is really going to happen within a 24- or 48-hour period? Not a whole lot. And if someone does send you an important message or last-minute invitation, chances are a day’s wait won’t make too big a difference. You can always let your friends know you’re taking a break from Facebook and to use the phone or email if they really need to reach you. Assure yourself you are not missing out on anything. Instead, you are granting yourself the opportunity to engage in more meaningful interactions.

The other thing you want to do is ensure you aren’t leaving a void where your Facebook interactions used to be. Rather than spending a half-hour scrolling through status updates or clicking through acquaintances’ photo albums, call an old friend and spend the 30 minutes really catching up. Or perhaps arrange a Skype date with friends or family who live far away. Think of a break from Facebook as an opportunity to engage more meaningfully with those people in your life who really matter. Taking some time away from social media doesn’t have to mean you’ll lose touch — it could actually make your relationships even stronger.

Why you shouldn’t be Facebook friends with your partner
Is technology damaging our friendships?
Be a good friend on Facebook