If there’s ever a time you simply must check out the Calgary Stampede, it’s certainly this year. The event is celebrating its 100th anniversary, and it’s sure to be a good one. 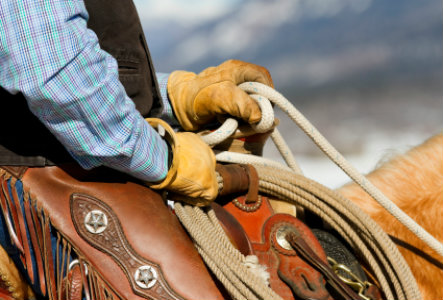 Calgary’s biggest attraction got under way this past weekend, but there’s still plenty to see before it closes on July 15.

Although plenty of people come for the big-name musical acts and the impressive rodeo competitions, it’s important to remember what started it all: agriculture. But don’t worry — checking out the agriculture zone doesn’t mean you’ll spend hours staring at tractors and cornfields. Instead, you’ll witness cool events, such as the World Stock Dog Championship, the North American Sheep Shearing Challenge, the Heavy Horse Pull and the World Championship Blacksmiths’ Competition, among many others. It’s an incredible opportunity to learn about aspects of agriculture you may never have considered in a cool and exciting way.

As a brand new addition this year, the longest temporary zip-line in Canada has been erected right at the core of Stampede Park. You can literally see the Stampede from new heights as you soar over the park at speeds over 60 km/hr. So if you have an adventurous side but aren’t sure you’re ready to ride a wild bull, this may be the attraction for you.

The Beach Boys in concert

Don’t miss your chance to catch the Beach Boys on their 50th anniversary tour. Brian Wilson, Mike Love, Al Jardine, Bruce Johnston and David Marks will all be uniting at the Scotiabank Saddledome on Wednesday, July 11. It’s their only stop in western Canada during their international tour, so if you’re in the area, you certainly don’t want to miss the opportunity. Purchase your seats at Ticketmaster before they sell out!

The Stampede doesn’t get its tough-sounding name from the amusement park attractions, fair food or musical concerts; it holds up its title based on the fact that it is one of the best rodeos in the world. The event pairs the world’s top athletes with the best livestock out there, which makes for some serious competition. At 1:15 p.m. every day, contestants face off to win that stage of the tournament and the honor of moving on to Showdown Sunday. Catch athletes going all out in barrel racing, bull riding, steer wrestling and more.

The Calgary Stampede presents racing at its finest with the Rangeland Derby. Every evening at 7:45, the world’s premier chuckwagon racers go head-to-head to win over $1.15 million in prize money. You can be sure these riders mean business! And if you’re up for a longer night out, stick around and try your hand at snagging tickets to the Grandstand Show that follows.