Bone up on your Canadian history with a trip to a UNESCO world heritage site! Read on for more information on some of our favourites. 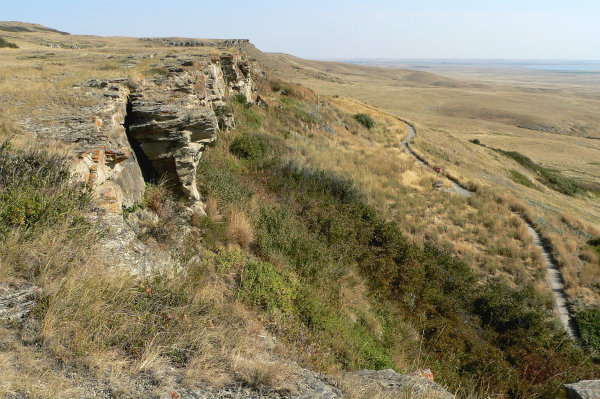 This heritage site, which straddles the scenic foothills of southern Alberta, is home to one of the oldest and largest buffalo jumps. It provides a clear testimonial to the historic culture of Canada’s First Nations people and offers visitors the opportunity to learn about buffalo jumps — a customary hunting practice that was used by the native people to provide for their families. This site has a unique interpretive centre built right into the landscape, informative exhibits and several walking trails that allow visitors to make the most of their enriching visit.

This gem, found in Alberta’s badlands in the southeast part of the province, is rich in beauty and history. This area has been home to many valuable fossil discoveries, some dating as far back as 75 million years! The park is home to many species of mammals and birds and is filled with incredible hoodoos formed from thousands of years of erosion. Keep in mind that since this park is a nature preserve, most of the area is restricted and can be accessed only by taking one of the tour programs, such as a guided hike or a bus tour. But there is still a lot to do, with several interesting and informative walking trails surrounding the park, a visitor centre to discover as well as several nearby campgrounds for outdoor fun!

This quaint port town in the South Shore of Nova Scotia offers a view of an authentic British colonial settlement. It was established in 1753, shortly after the British took over the region in 1713, and has retained its original layout and architecture — through the steadfast efforts of its inhabitants — ever since. In fact, it is widely considered the best example of a planned British colonial settlement in all of North America! As part of the popular South Shore region, a trip to this world heritage site might be one item on your to-do list with several other sites (such as the Lighthouse Route) and experiences (such as whale-watching) just waiting to be had!

This unique district of Quebec City in “la belle province” has a rich history and old-world character. It is one of the oldest settlements in Canada. First it was the capital of New France, and then after the British took over in the mid 1700s, it became part of the new British colony. This area has kept almost all of its original fortifications, which has led this “walled” city to be designated as a world heritage site as an example of a fortified colonial town. Be sure to include visits to Saint-Jean Gate and the Citadelle to get the full experience.