Are you finding yourself in a new leadership role that you aren’t entirely sure how to handle? We’ve all experienced a wide range of bosses — from those who have changed our lives to those who made our work days miserable. Ensure you’re the best leader you can be with these simple tips. 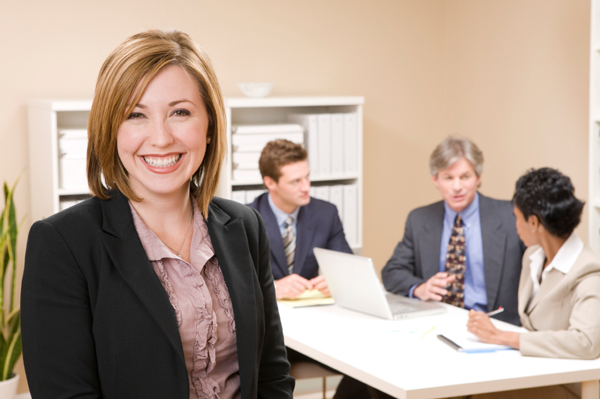 It’s the oldest rule in the book for a reason — it’s the only honest way to be a leader. Employees need someone to role model themselves after, and they also need to see you as someone who is working just as hard as they are. If you come down hard on tardiness but then frequently show up 15 minutes late for work, it’s hard for employees to feel motivated to change their own behaviors. So stick to implementing rules you know you can uphold as well.

Avoid being a gossip

There’s no denying it — it can be lonely at the top. You may have spent most of your career surrounded by coworkers whom you also considered friends, and now you find yourself in control of those people. Gossiping is a natural way for human beings to make connections and feel as though they are part of the group. But by sharing information that is really for your ears only, you might feel a temporary connection, but ultimately, you decrease the level of trust your employees feel towards you. By sharing that “so-and-so from accounting is getting fired because he did such-and-such,” others might feel their words are not completely safe with you, and you might end up missing out on important workplace information. So find other ways to continue your friendships that don’t require your stepping outside of your place as boss.

Of course you want to maintain your position as an authoritative figure, but a huge part of that requires listening. You will be the best boss you can be when you know all the inner workings of your office and the needs of your workers. By letting your workers know they can come to you with ideas, suggestions or even personal problems, you create a safe space that keeps you aware of everything. In many ways, you have to be a friend wherever possible.

Use your language wisely

The way in which you speak can have a large impact on how your workers view you. For example, frequently saying words like “don’t” and “can’t” can cause them to feel as though they are constantly doing things incorrectly. Rather than saying “don’t do such-and-such,” rephrase it as “I think trying such-and-such might be a more efficient method.” You should also aim to praise and advise simultaneously. The old method used on you as a kid of sandwiching a criticisim between two compliments is great for adults as well. Taking the extra time to do so will get the outcome you desire while still keeping your employees encouraged. There’s no need to sugarcoat things, but complimenting hard work honestly is a necessary component of being a good boss.

Negativity breeds negativity. When faced with danger, human beings are quick to place blame. If you get the ball rolling by blaming an employee, chances are he or she will quickly place the blame on another, and that blame will continue to circulate. Try rephrasing blame so it opens everyone up to finding the best solution. For instance, instead of saying “Cindy didn’t send out the mail in time,” say, “The mail didn’t get sent out in time yesterday. Who is able to take it to the post immediately?”

Let your employees feel like they are in control of their own decisions by providing them with choices and guiding them accordingly. For example, ask them whether they would like to work on project A or project B. Giving them control in situations where there are no negative consequences gives them a positive sense of decision making.

Consider and have confidence

A big part of being a leader is making decisions, and doing so comes down to two key components: considering all your options and then having confidence in your final decision. It is important that your coworkers see you are open to every possible avenue and take in all their advice. And it is equally important that once you have made that decision, you have confidence in it and stick by your choice. If you can work by these two components, you will be well on your way to being a respected leader!