Family-friendly Winnipeg invites everyone to join the party at festivals throughout the year. Sing, dance, explore and celebrate in Winnipeg! 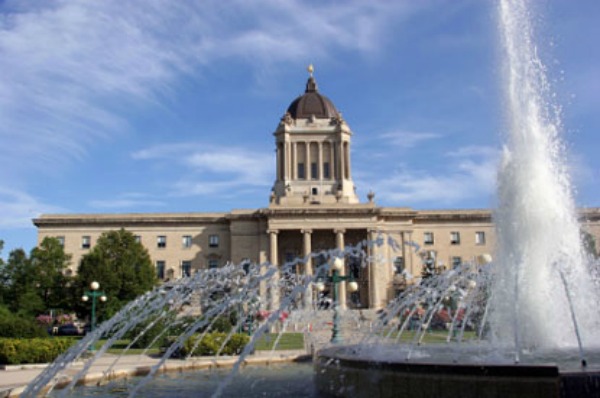 Winnipeg is the capital and largest city of Manitoba, and home to more than half the population in the province. Although it has a humid continental climate that brings warm-to-hot summers and cold, windy winters, Winnipeg is ranked as Canada’s sixth sunniest city year-round. Blessed with natural beauty and plenty of green space, there’s lots for families to enjoy outdoors — and inside — throughout the year.

A Natural Historic Site of Canada, The Forks is home to the Manitoba Theatre for Young People, the Winnipeg International Children’s Festival and the Manitoba Children’s Museum. It features a 30,000-square foot skate complex – Canada’s largest skateboard plaza. The same location offers a massive bowling complex, the Esplanade Ridge bridge and a riverwalk. The Manitoba Museum depicts the history of the province and displays the world’s largest collection of contemporary Inuit art and you can walk the streets of 192’s Winnipeg in life-size town models. At the Western Canadian Aviation Museum kids will enjoy seeing a real life “flying saucer” — the Avrocar, developed in Canada for the U.S. military in the 1950s. The Royal Canadian Mint is both fun and educational. Watch shiny coins being created — and some lucky visitors might even get to hold a 99.9% pure gold bar, valued at over $400,000.

See the first steam locomotive on the Canadian prairies at the Winnipeg Railway Museum, or drop by the Pavilion Gallery Museum in Assiniboine Park, where the only known oil painting of Winnie-the-Pooh by the book’s original illustrator hangs. While you’re in the area, check out some furry critters and feathered friends at the renovated Toucan Ridge display, part of the Assiniboine Park Zoo. If you’re still looking for animal adventures, hop on a horse for a trail ride through the wilderness at Miracle Ranch, or get up close to furry bison at Fort Whyte Alive. To relax a bit, sit back gazing at the night sky inside the Winnipeg Planetarium, where stars and planets come to life.

The party is always on in Winnipeg, where festivals enliven the year. Recall Canada’s fur-trading history during Festival du Voyageur in February — it’s Canada’s largest winter festival and is packed with family-fun events. Folklorama is the longest-running cultural celebration festival in the world and the Jazz Winnipeg Festival and Winnipeg Folk Festival both celebrate Winnipeg’s vast music community. Take your crew to the Manitoba Dragon Boat Festival or join the dancing in the street during the Manyfest — both events are held in September, and the streets come alive with music, food and entertainment. Then powwow with the city’s aboriginal community at Manito Ahbee in early November.

Strap on snowshoes to enjoy the miles of scenic riverside pathways winding their way through Assiniboine Park and Forest, then be enchanted by the winter wonderland created at Red River Exhibition Park in December and January, where a one-million-lights display dazzles people of every age.

There’s no shortage of fun activities for families in friendly, fabulous Winnipeg!