All things Canadian make us happy and proud to be here! 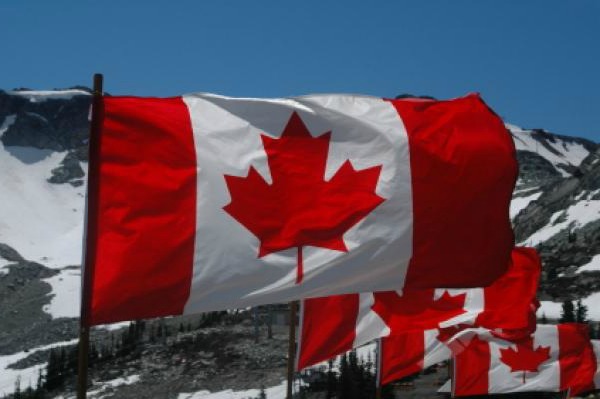 Most Canadians are quietly proud patriots. We may not always tell the world what’s so wonderful about this country, but if asked, the majority could list dozens of reasons why it is a great place to live. We’re not just about cold and snow — but we like those too!

So many places to play surrounded by breathtaking scenery!

Big cities with plenty of green oases, like Vancouver’s splendid Stanley Park; tourist-oriented towns like Banff and Whistler; quaint and captivating cities like Montreal and Quebec — there’s a place to suit everyone’s preference.

Featuring arguably the most recognized symbol in the world… the maple leaf!

Canada is truly multicultural. No other place is as accepting and inclusive of so many various cultures. We accept and give a warm welcome to all who come here.

With the health care argument raging in the U.S., it’s good to remember that we’re covered. It’s not yet a perfect system, but it gives Canadians peace of mind.

Hey, we invented it! And our players are the best in the world, and a leading export. Check out any NHL team and you’ll notice a star player who’s a Canadian. We want the Stanley Cup back!

One of the greatest leaders ever, he established our charter, held the country together in the face of separatists and set a high standard for others to follow.

We were there in World Wars I and II before the United States, and while not the largest fighting force, our military continues to be a national source of pride and honour.

Canadian-style regulation must work because we continue to move forward as other countries struggle.

One thing Canadian communities, large and small, have in common is lack of conflict. People from different cultures and economic circumstances co-exist peacefully and respectfully.

Liberals, Conservatives, Bloc Quebecois, and New Democrats… an ideology for everyone.

Who has snappier uniforms than our Royal Canadian Mounted Police? Absolutely no one.

Three of them lap our shores: the Pacific, the Atlantic and the Arctic, each uniquely beautiful.

Admit it: We may share Niagara Falls with the U.S., but the view on our side is better. We also have the Icefields Parkway, one of the world’s longest passages through a World Heritage site, and countless other spectacular vistas from coast to coast.

Our home and native land… O Canada, we stand on guard for thee!