Canada has its eye on the world of fashion, with these top designers leading the way. 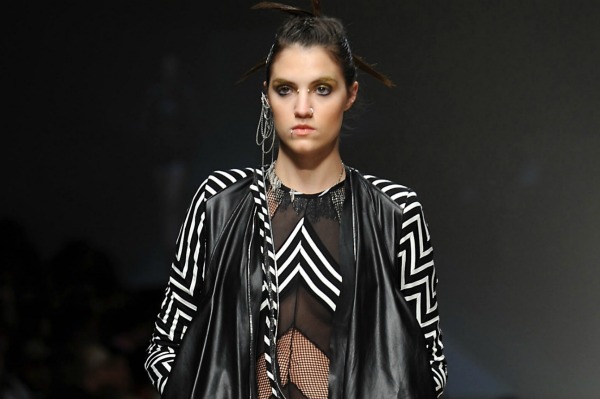 Canada has its share of talent in the everchanging fashion industry. Here are just a few designers that are helping keep Canada on the map in the world of fashion.

Toronto designers Andrea Lenczer and Christie Smythe are the dynamic duo behind this label. They’ve received much acclaim for their iconic blazers, which have been seen recently on such notable fashionistas as Kate Middleton, Maria Menounos and Heidi Klum. They’ve taken inspiration from their own lives to create their already successful label, and with the eyes of world watching who wears Smythe, this partnership is bound to thrive.

This Calgary-based former architect launched her own clothing line after earning her masters degree in fashion design. Using the terms “inhabitable” and “wearable” to describe her collections, Lara has created classically inspired clothing for the modern professional woman. Now, with her flagship retail store and studio open in Calgary and her designs available in Sweden, this designer is poised for international success.

Montreal wild-child designer Denis Gagnon has a penchant for couture-inspired designs and an impeccable fit. His designs bridge the spectrum of darkness and light to find an edgy partnership. Every year his collections continue to amaze the fashion world and critics alike, and it would appear that this designer’s star will continue to shine bright.

Founded in Toronto in 2007, this fashion house designed only menswear until recently, when designer Philip Sparks created a women’s wear line. With an ode to nostalgia and vintage clothing, this designer has reinvented old-school preppy for modern times. His women’s wear line captures the same essence and is sure to keep this designer as a fashion star to watch.

This former designer for the well-known Lida Biday collection has over 25 years in the fashion business, and has now branched out by launching his signature collection. His designs are his own, unique take on modern minimalist pieces that are simple, chic and destined to become wardrobe classics — with a cutting edge. Already a fixture in the fashion world, his new namesake line should keep him in the limelight for years to come.