Wouldn’t it be nice to get out of the red this year? Here are some ways women differ from men in their financial planning, and how we can makeover our approach with some cost-cutting and budget know-how to get into the black in 2012. 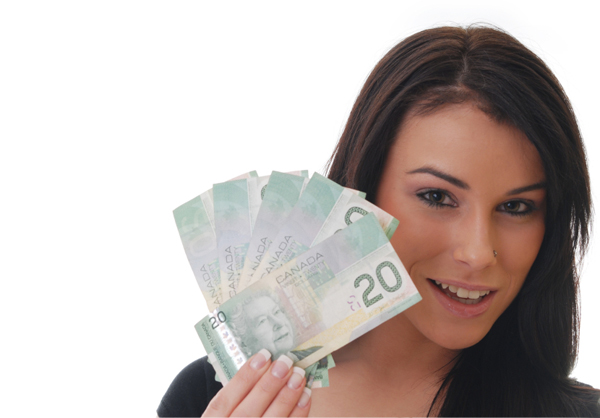 Ah, yes, it’d be nice to have as covetable a shoe collection as Sex and the City‘s Carrie Bradshaw. And while not all women are shoe-crazy shopaholics, there is truth to the notion that the personal finance issues women face do vary from men’s. On average, women earn 20 percent less than men and will spend 15 percent of their career taking time off to care of their children or parents. Plus, our approach is different: one Royal Bank of Canada study found that women see themselves as less risk-taking than men, while a Condé Nast study found that nearly 32 percent of women would label themselves conservative investors compared to 21.7 percent of men who claimed that title.

Other differences? “Women are more apt to ask questions before they make a decision,” says Jeffrey Schwartz, executive director of Consolidated Credit Services of Canada. He also adds that generally, women are not as focused on saving for retirement but rather on daily needs, with those often being the needs of others such as family members rather than their own long-term needs.

So to kick off the new year with a healthy, new approach to your financial well-being, here are a few steps to get you on the right track:

Get involved in handling your finances

Some of us still leave handling the finances up to our partners. Participating in making decisions and understanding where you stand financially will put you in a better spot if you were to separate or divorce someday, or live longer than him. “It is critical for women to be knowledgeable about the family finances,” says Schwartz.

Dig yourself out of debt

“Knowledge is power,” says Schwartz. “Track spending to see exactly where the money is being spent, develop a budget and stick to it.” Also, have a look at your credit card statements; pay off the higher-interest rate cards first (or if possible, compile them all onto one lower-interest line of credit).

Change how you think about savings and paying down your debt

“Add both savings and paying down debt to the expense side of the family budget. Consider these two important items the same way you would paying the rent or mortgage,” says Schwartz.

Reduce some of your discretionary expenses

“Be ruthless,” says Schwartz. He suggests enjoying more meals at home, renting movies and allocating the money saved to paying down debt; you may even be able to start a 2012 holiday savings account.

5 New Year’s Financial Resolutions
10 Signs You Need a Financial Makeover
You and Your Money: Is There Never Enough?