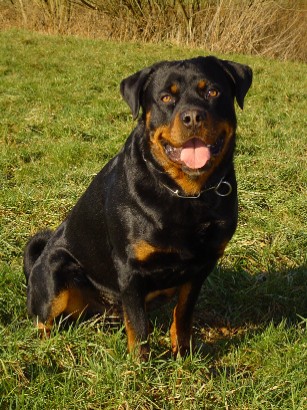 Despite the negative attention received due to their portrayal as mean dogs in television and film, Rottweilers remain a highly popular breed. And for very good reason.

Extremely intelligent and good-natured, the Rottweiler is loyal and attentive to its family. Historically a herding dog, the Rottweiler’s natural obedience makes it adaptable to several roles; just as capable of being a guard dog as assisting as a service dog.

One thing remains: the Rottweiler would make a loving addition to any family, guaranteed.

Up next: The 4th most popular large dog breed >>

24 hrs ago
by Kenzie Mastroe