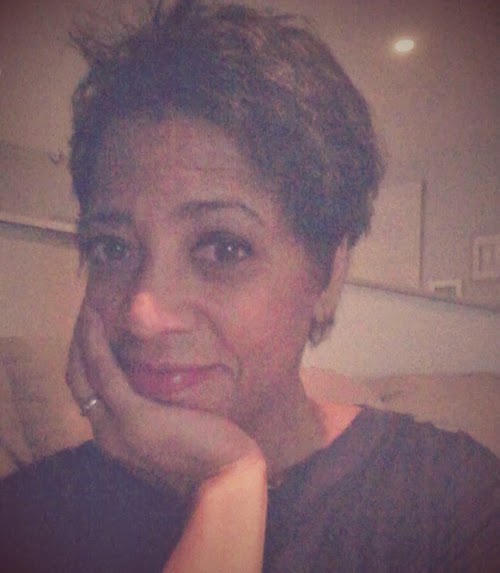 No indictment against the man who caused the death of Michael Brown. No need to investigate further, it just happened.

A crying lump in my throat threatened to push its way into tears. I swallowed it back and sat glued to the coverage.

I’m still ferreting out from where the threatening tears were coming.

Maybe they were about my brothers. I heard “The Talk” delivered regularly to them from my mom; it was her warning as they’d leave for classes at the college they attended in one of Milwaukee’s posh bedroom communities. “The Talk” was a simple goodbye package back then: Watch your speed. Don’t give a reason to be pulled over. Call me when you get there and call before you leave. It’s taken four-plus decades to understand that warning,my mom’s nervousness, and four-plus decades to realize that my brothers could’ve been Michael Brown. The thought carves a cold hollow in the pit of my stomach if I linger on it too long.

Maybe the tears were about people who say they’re tired of talking about race. Truth is, race bubbles up to America’s broad consciousness in waves, but all the while it’s not in nationwide consciousness, I’m living it. I’m thinking about it in big and small ways, from explaining to my daughter why shampoo commercials default to straight, European hair unlike hers, to conversing with business contacts over the phone only to have them give a “Whaaa…you didn’t say you were black” look when we meet in person, to reflexively teetering around issues of race when I’m the only brown face in a white space so people won’t be uncomfortable with my reality, yet. I. Live. This.

Maybe the tears were about the whole “colorblind” thing. I like my color. I wouldn’t trade it for the world. Please go ahead and notice it. Noticing is different from judging my character based upon it. Acknowledging is a compliment. Sweeping characterizations on an entire race based upon knowing me, or questions asked as if I’m the designated spokesperson for black people everywhere are another. Notice and acknowledge color. Notice and acknowledge that our experiences, our outlook on life might be different because of it.

Maybe the tears were about the misplaced assumption that white people should feel guilty. White people shouldn’t be expected to rend their clothes and dress in sackcloth and ash. Its just simply acknowledging what the historical facts are, from myths of the intimidating, verile black man, to the fetishizing of black women’s bodies, to the inferiority of black folks in general and that it’s all based out of the slavery system upon which America was founded. Acknowledge that it’s a generational thing whose effects still reverberate today. Acknowledging makes no one party to it. It is what it is.

Maybe the tears were about the fact that we’ve got a long way to go when it comes to race, but we don’t want to talk about it. I’ve sat in meetings when diversity was brought up and a smothering blanket of fear and defensiveness covered the room. I’ve seen every spectrum of red-facedness when someone other than black refers to black people “Um…(cough, cough) African Ah (cough, cough) ahh-merican…” Terms aren’t offensive. Silence and avoidance are.

The tears are about not being heard. They are about the explaining away, rationalizing and justifying. Much like what happened tonight in Ferguson. It feels like the racial part of who we are as a country, its convoluted history and present impacts are being steamrolled and planted over with daisies. Or maybe it’s like we’re all in a boat and someone on shore keeps telling us that the boat’s sprung a leak, but we keep rowing anyway…and then fight with each other about whose fault it is for the boat sinking as it goes under.

Race is an issue. We can’t afford to pretend the next Michael Brown won’t be our dad, brother, son or friend. There’s no room here anymore for colorblindness or playing the deaf mute.

We have to do better and be better. We can’t afford not to.