As part of her ongoing crusade to improve the lives of animals, Beth Stern, the wife of American radio legend and King of All Media Howard Stern, has released a new children’s book to benefit animal charity. The book called YODA: The Story of a Cat and His Kittens? is based on the miraculous story of Yoda, a cat the Sterns brought into their home. 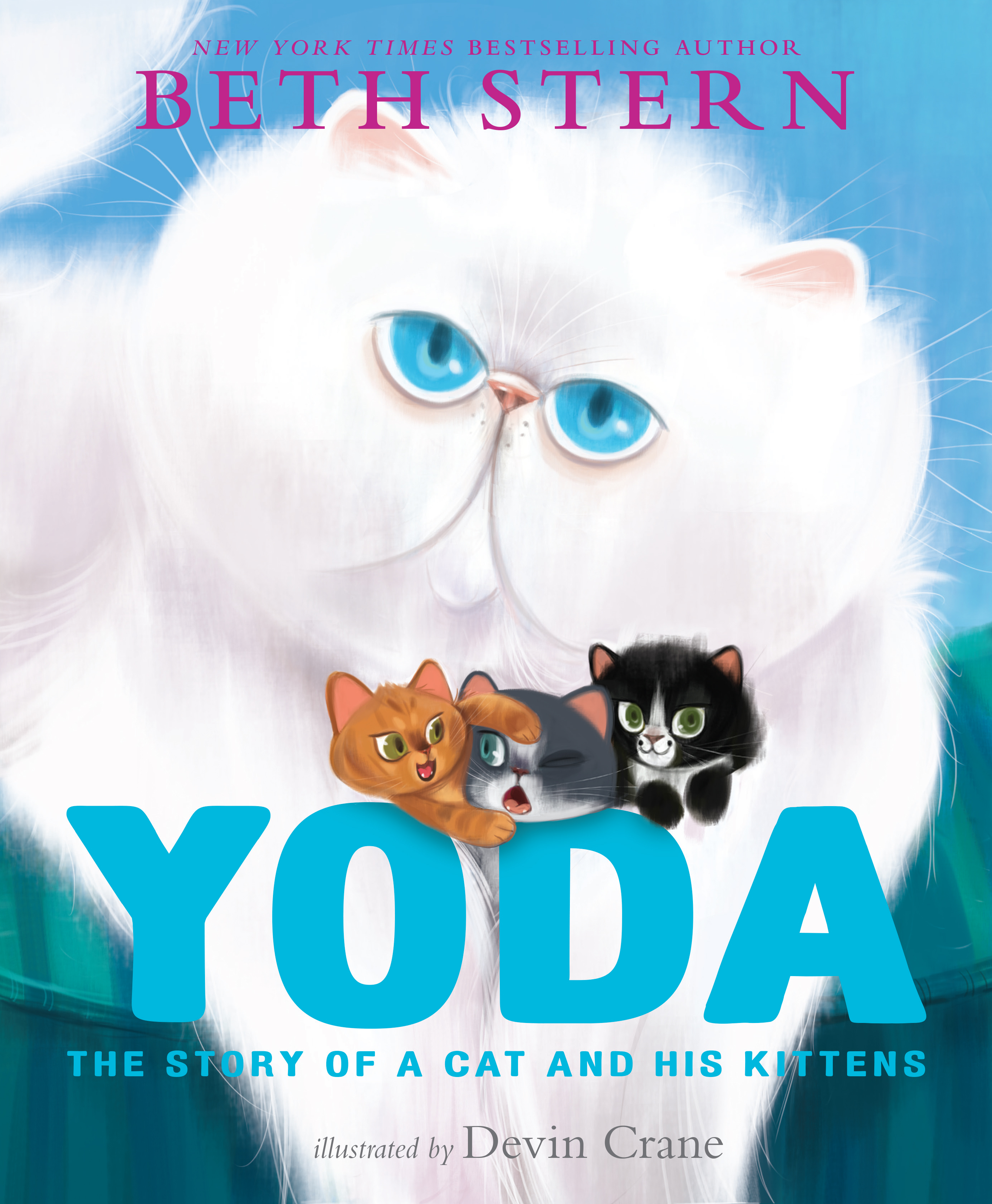 Yoda was what Stern fondly refers to as a “hard luck case,” meaning he had been at the shelter a little longer than most and was definitely in need of a little extra love. When Stern took the cat to the vet, she discovered that Yoda was suffering from a heart ailment that the doctor thought would likely take the cat’s life in four to six months.

And so Beth did what she’s done with more than 70 cats she’s fostered — she took Yoda home, dutifully gave him his heart medicine and love and tried to make the time he had left happy and comfortable.

When kitten season came around, Stern brought home a litter to be raised until they were old enough for her to handpick new homes for them. Once she brought the kittens into a special room she has set aside for her foster cats, she says something miraculous happened.

“Yoda’s eyes lit up,” Beth says about Yoda’s first meeting with his new charges. “He started grooming them and loving them. It was amazing.”

Yoda completely took over the kittens’ care. One by one he watched and cared for them. Once, she says, the kittens escaped their special area and Yoda was able to chase them down and bring them back to where they were supposed to be.

In those little kittens, Yoda found his purpose, and it healed his heart. Really.

In fact, Beth told SheKnows that two weeks ago, Yoda visited the vet and was given a clean bill of health and taken off all medication for his heart.

It’s a wonderful story of how love really can heal just about anything, whether you’re a cat or a human.

Stern’s book is available now. She wants people to know she won’t make any money off the book. Proceeds will go toward expanding the Stern’s beloved North Shore Animal League to include a cageless cat sanctuary. The book was illustrated by Devin Crane.

So why would this woman, a stunning former model and current wife of one of the most successful people in show business, spend her time caring for animals no one else wants? It’s a fair question. Beth Stern could be sunning herself on any beach in the world and occupy herself wearing beautiful clothes and attending premieres. At the same time she could write her own pretty hefty checks to support animals and still feel pretty darn good about her work. Her answer to the question was predictably charming.

“Since I was born, I feel like this is my life’s purpose,” she said. “And I’m so fortunate to be able to spend my days doing the work that I love. It helps that my husband can take these animals, put them on the radio and make them rock stars.”