Give yourself a fright this Halloween by taking a mini virtual tour of some of the most-haunted houses ever listed in the United States. 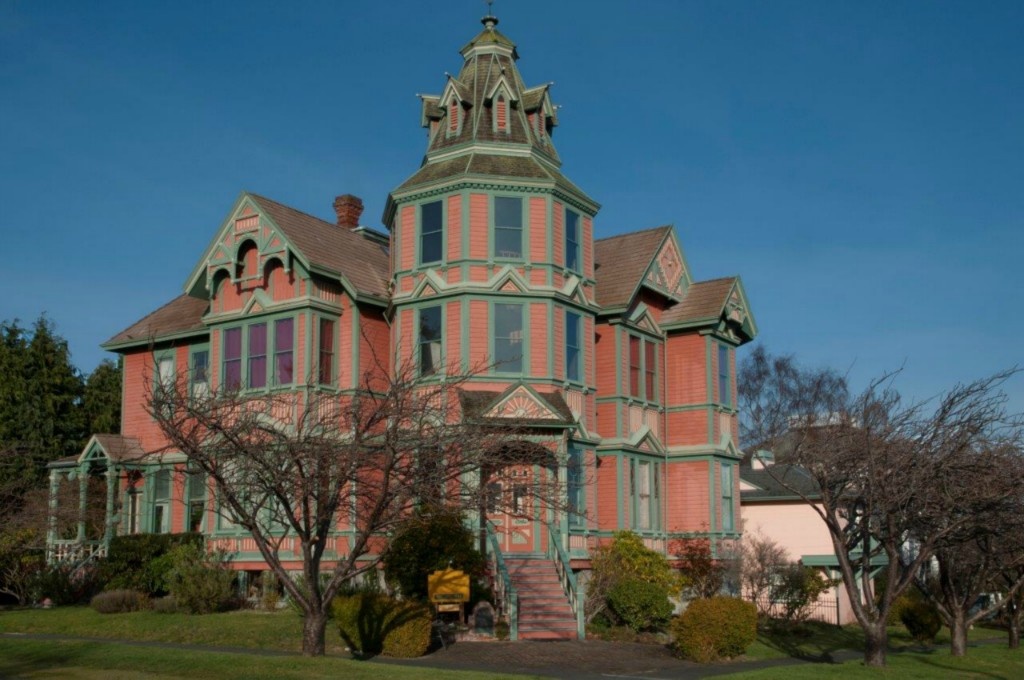 In 1889, a contractor by the name of George Starrett built this Queen Anne-style home for his very own lovely Ann. An eight-bedroom, eight-bath mansion, the house was turned into a B&B and Boutique hotel, keeping its historical Victorian decor. Initially listed in 2011, the 8,000-plus-square-foot home has gone down from the original asking price of $899,000 to $750,000. Rumor has it the challenging selling point comes from its two ghostly members — a red-haired silhouette and a man, who are believed to be the original Ann and George. 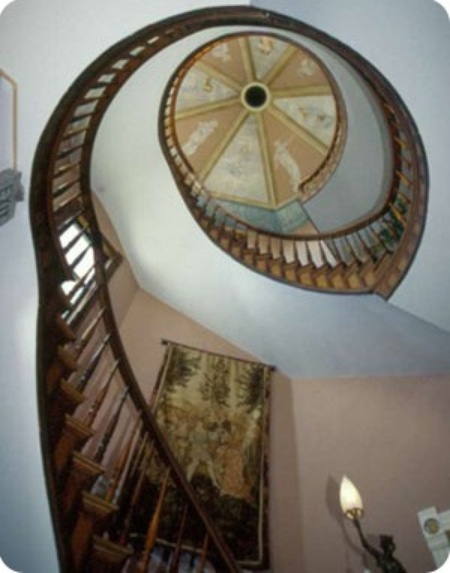 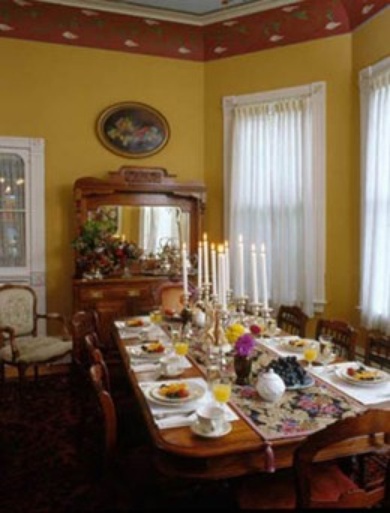 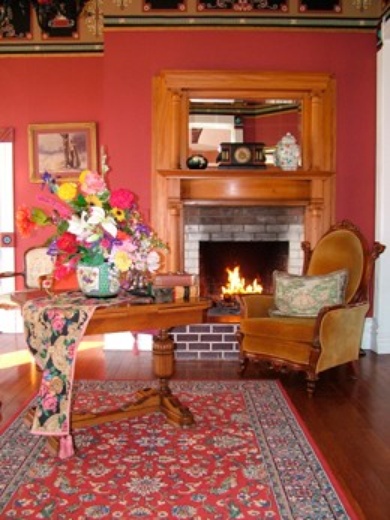 5 Houses spooky enough to be in any horror movie 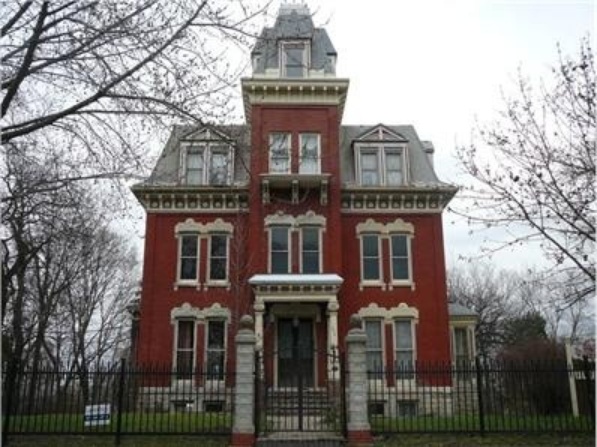 Despite its spooky history, this historic landmark had no problem closing earlier this year. Another Victorian-style home, the red-bricked Hiram B. Scutt Mansion was built in 1889 by architect James Weese. Subsequent owners and visitors have succumbed to odd deaths while being within the mansion walls. One death includes a college student who was shot and killed while attending a party, and another a history buff who died without cause. Sold shortly after its listing, many experts (as well as the listing agent) claim to feel strange energies while on the property. 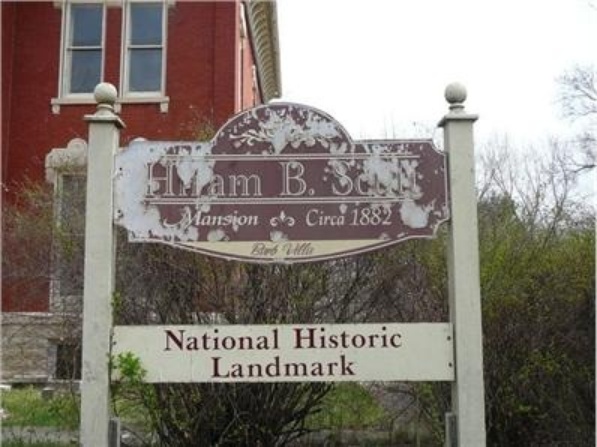 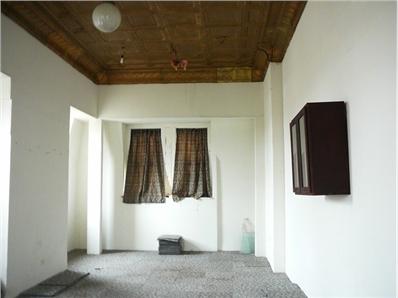 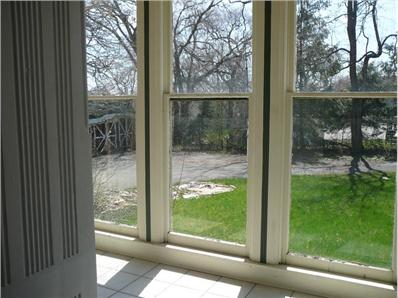 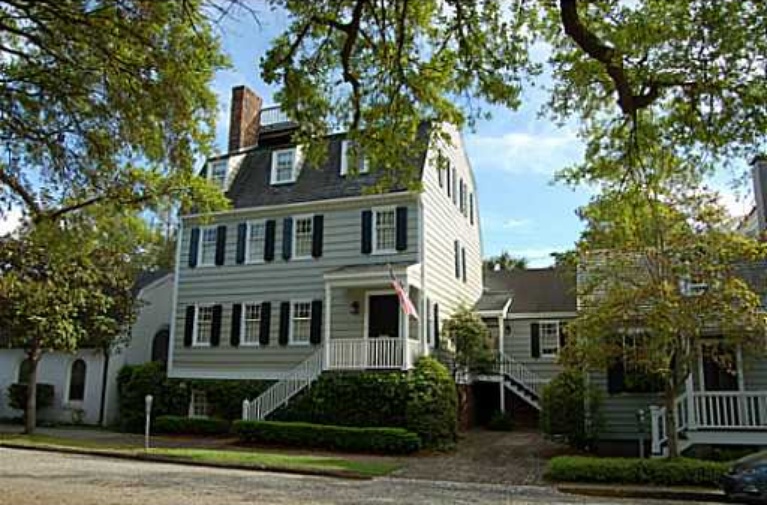 Known as the most-haunted home in Savannah, the Hampton Lillibridge House was moved to its current location by a local restoration expert. While workers were reconstructing the 4,606-square-foot home for Jim Williams, they reported seeing a tall man dressed in black staring out the window, as well as hearing odd noises. First listed in 2008, the house has continually been removed from and put back on the market, going down only $500,000 from the original asking price of $2,900,000. Perhaps the property is a hard sell due to the various ghost sightings visitors continue to declare. 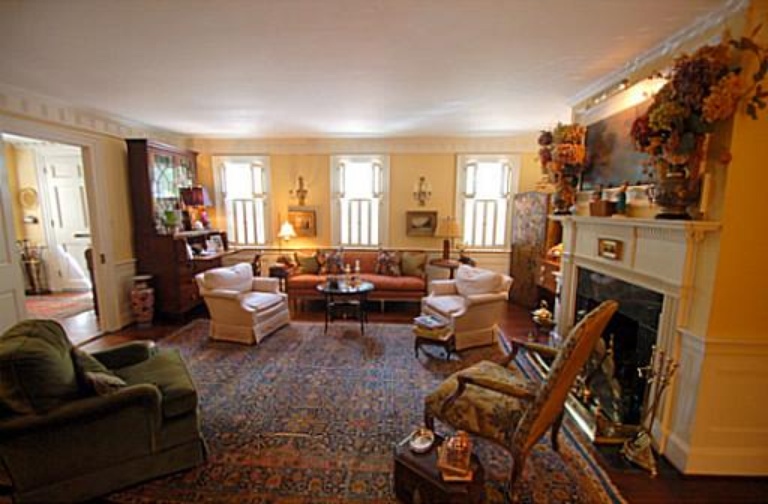 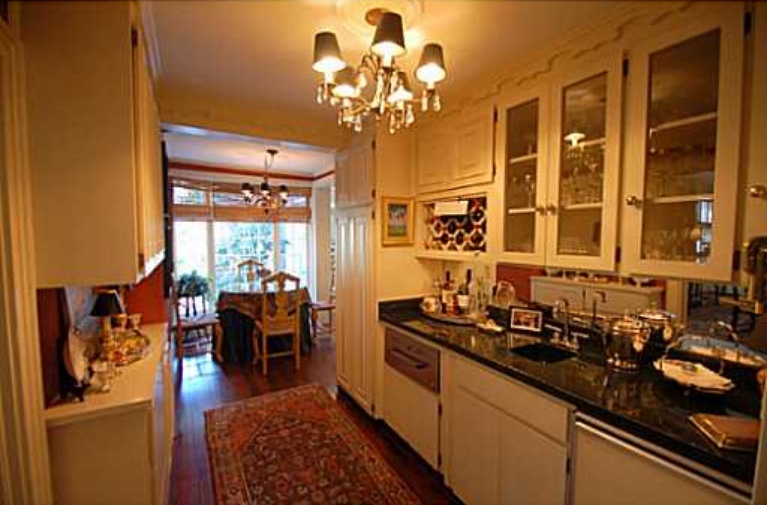 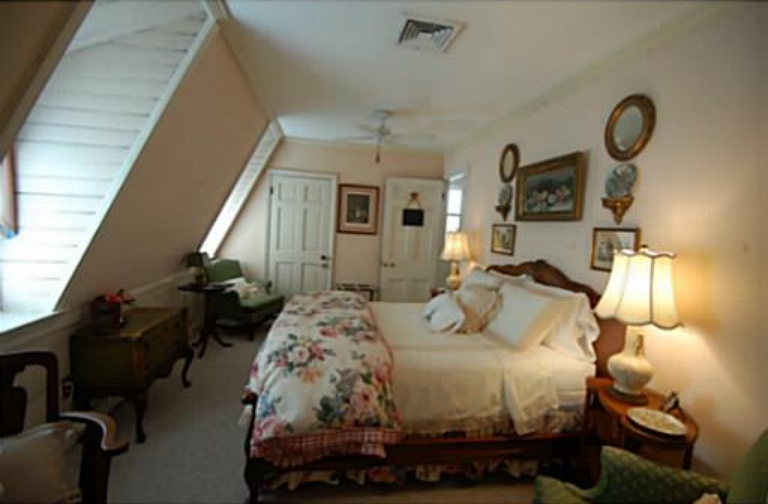 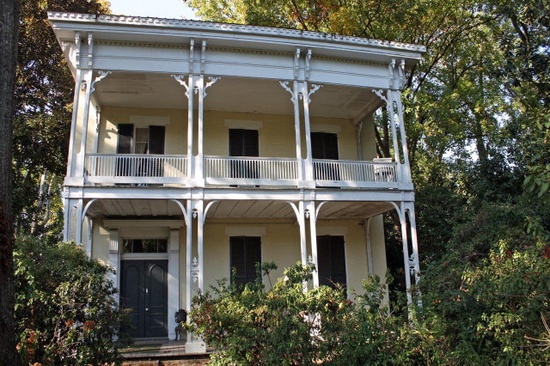 Claiming fame to being “the most haunted house in the Mississippi,” the McRaven Tour Home is also referred to by National Geographic magazine as “the time capsule of the South.” The house was built in various structural pieces in 1797, 1836 and 1849, and the decor matches the period in which it was built. However, as intriguing as the house is, it is also rumored to be haunted by its previous inhabitants, who died there. John H. Bobb, who finished the last section of the house, is said to be one, while a woman who died in childbirth is said to be another. 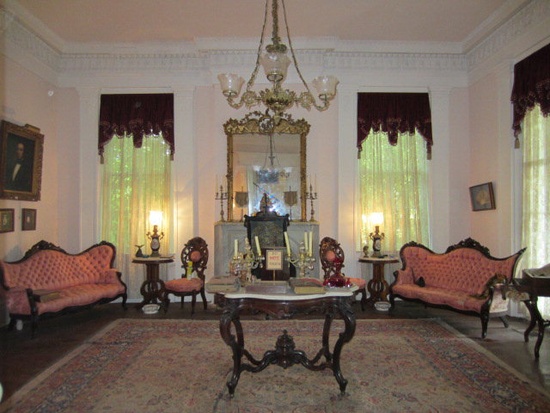 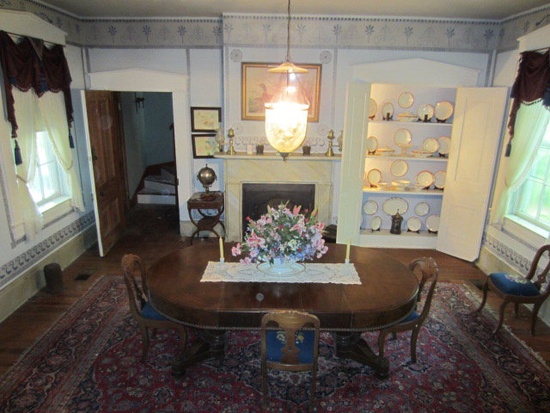 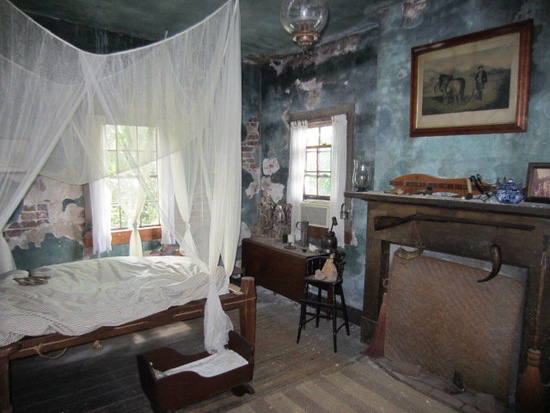 Top 10 most expensive houses on the real estate market 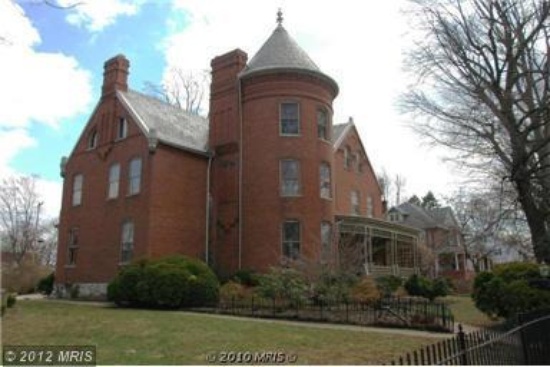 If you don’t mind its bone-chilling history, the Perkins House is available for an absolute steal. A 7,037-square-foot mansion with six bedrooms and six bathrooms, the Victorian-style mansion is said to be worth $1.6 million. Although it’s a great deal, the sellers might still have a problem signing the closing papers, as this beautiful home is located on the execution site of abolitionist John Brown. The convicted man put up quite the fight before his death and is reported to still haunt the property today. 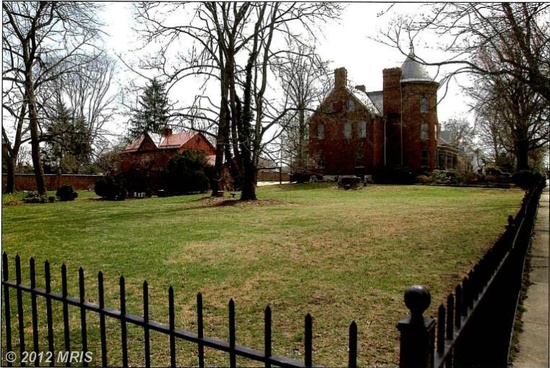 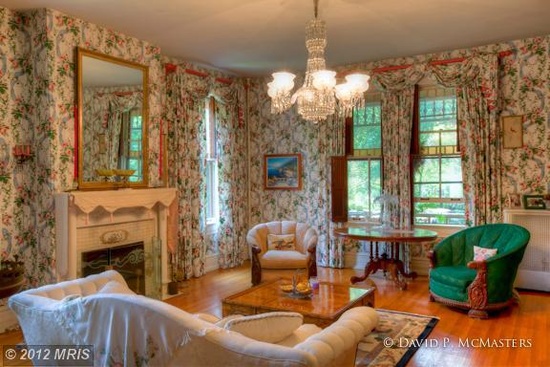 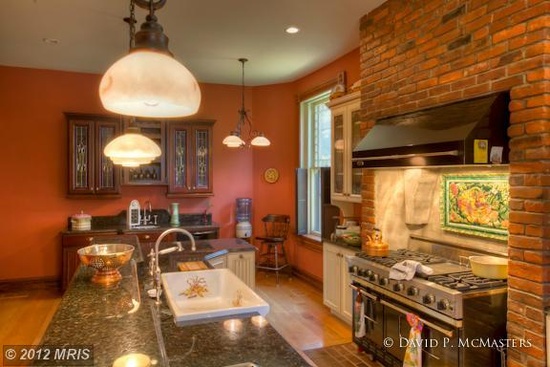 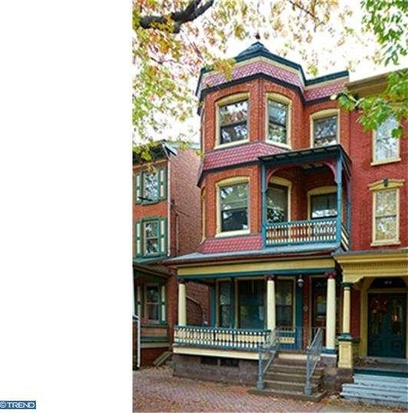 If you haven’t noticed, Victorians seem to be the most likely structured home to be haunted. This 2,681-square-foot home is no exception to the rule. It’s a beautiful red-brick house that combines both modern and historical elements and includes the notoriety of lingering ghosts. The real estate agent says the supernatural sounds are due to settling noises from the 1870 build but invites any and all to see for themselves. 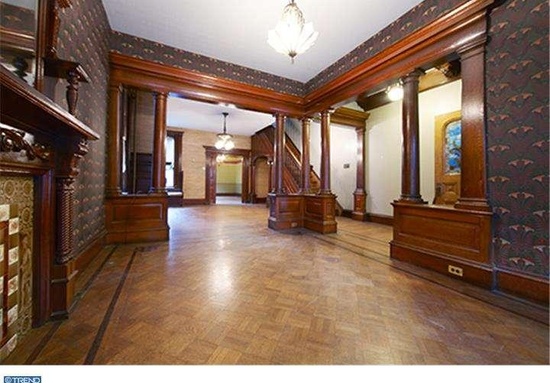 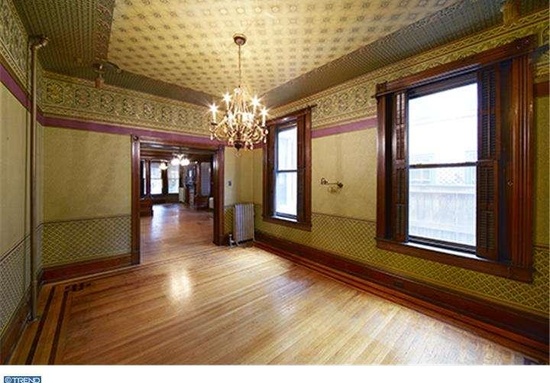 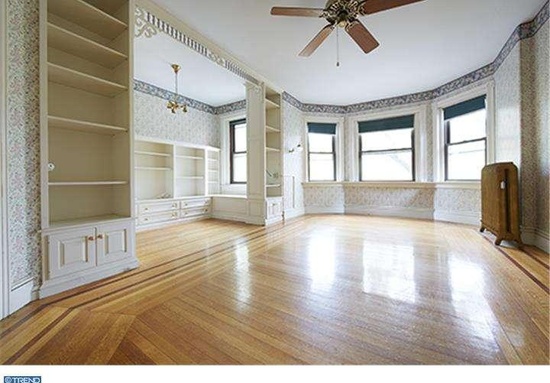 Best haunted houses in the U.S. 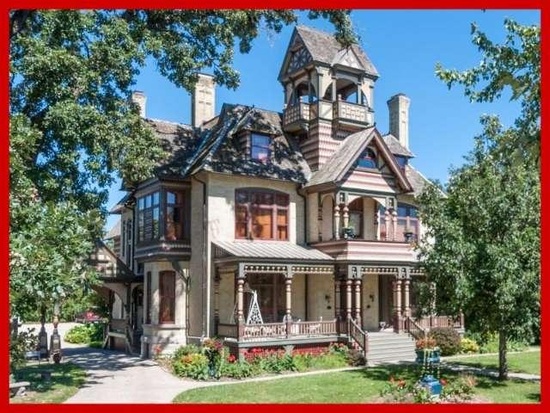 Built in 1885, the award-winning Allyn Mansion was owned by the wealthy farming Allyn family, and the owner died in the parlor. The Victorian-style 9,500-square-foot house has since been a nursing home, furniture store and, most recently, a stellar award-winning bed-and-breakfast. The mansion was originally listed in 2008, but the seller removed the listing after it went unsold regardless of lowering the listing price. It was put back on the market for $1,200,000, but rumor on the street is that it went on hiatus due to its reputed haunting by Mr. Allyn. 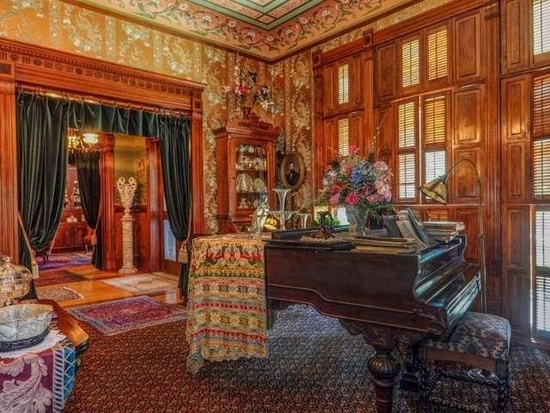 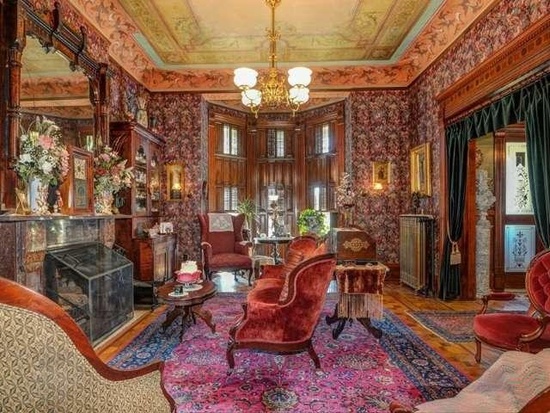 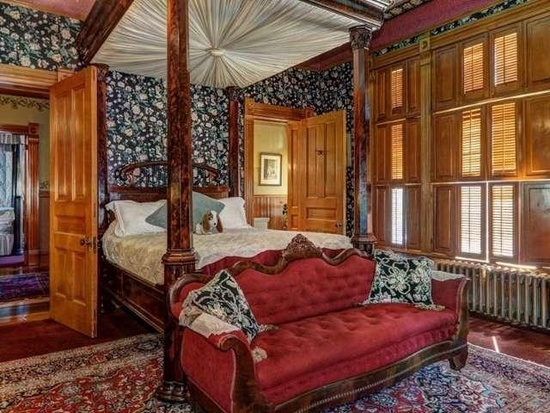 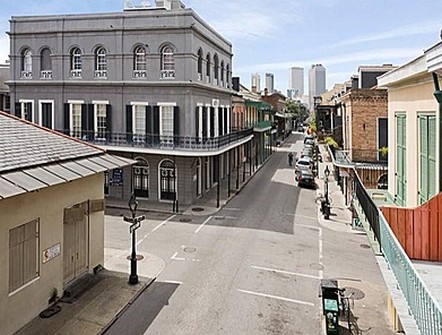 Previously owned by actor Nicolas Cage, the LaLaurie Mansion is said to be the “most haunted house in New Orleans.” A six-bedroom, six-bath Garden District mansion, the house has a rich and vast Southern history. Many vow that one can hear chains being clanked in the basements from previous slaves, and other slaves roam the halls after living under the gruesome rulings of the home’s mistress. Despite its spooky history, the home sold in 2010 for a whopping $2,100,000.

Reclaimed wood revamped this kitchen into a modern, rustic space
1910 Florida mansion moved down river on a barge
Disturbing confessions of a real estate agent