The only thing these sexy costumes have in common is that they make no sense.

Oh yeah, and that real women pull off each look so much better in real life. Can I get an “amen” for the brave and beautiful women who are wildly talented, too? 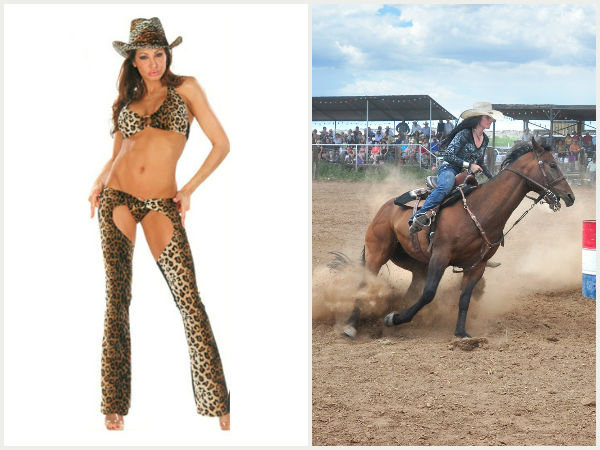 Leopard print seems out of place in the Wild West, and the cut-out chaps look responsible for some chafing. Why not look to a real cowgirl, like famed historic cowgirl Mabel Strickland or any other bad-ass cowgirl? (iFashion Warehouse, $87) 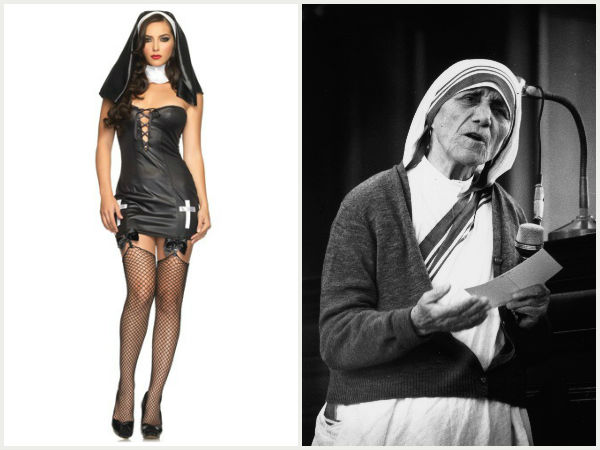 Nothing says religious devotion quite like pleather. Gotta say, Mother Teresa — who famously cared for the poor and dying — is a little more convincing. (HalloweenCostumes.com, $43) 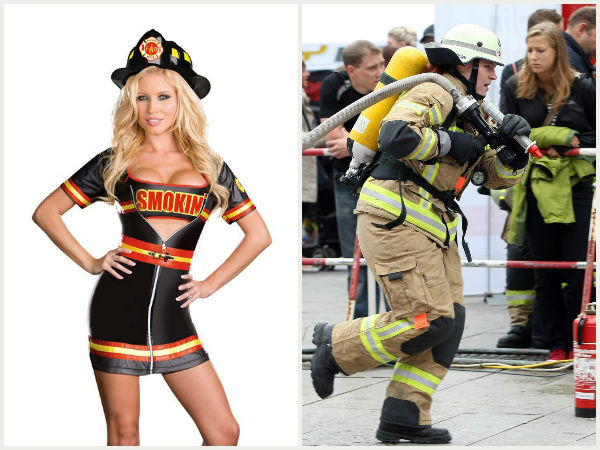 She’s hot, but that cut-out top is sure to provide some ventilation, thank goodness. You know who doesn’t need a vent for polyester, though? Any of the nearly 7,000 female firefighters in America. (Amazon, $23) 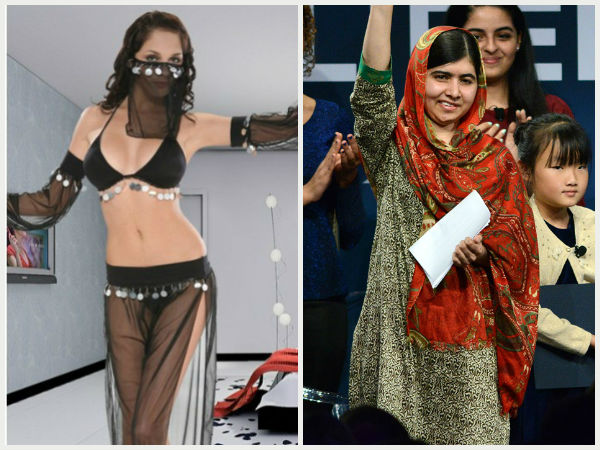 Let’s try to forget that this costume is horrifyingly racist, and go with the fact that women in the Middle East and Central Asia have fought in earnest for women and girls to have rights. If you must channel this part of the world, look to Nobel Prize winner Malala Yousafzai for inspiration. (Ali Express, $15) 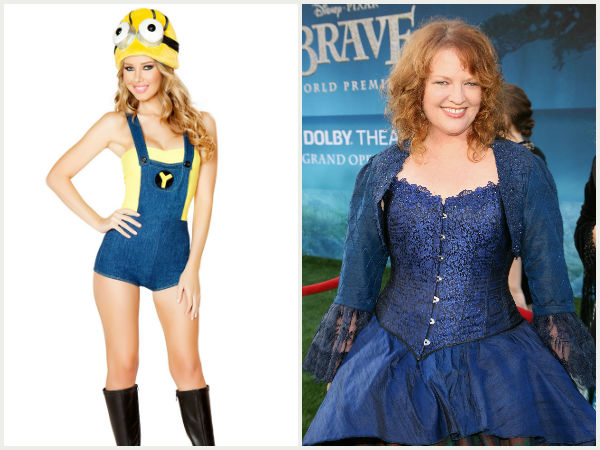 For the love if minions, has anyone even seen the movie? Kevin? Jerry? Not sexual, animated or not. Brenda Chapman, however, was the first woman to direct an animated movie from a major studio when she directed the movie Brave. Groundbreaking and beautiful, obviously. (Yandy, $60) 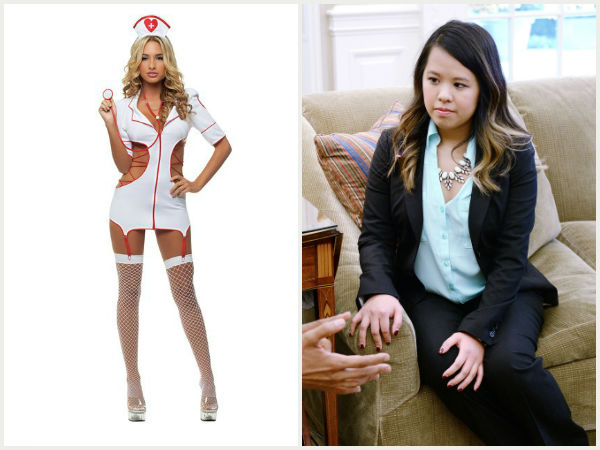 Those fishnet stockings should come in handy when putting in a catheter or administering vaccines. Seriously, though, brave nurses like Nina Pham have recently made headlines for providing compassionate care in life’s darkest hours. (Amazon, $32) 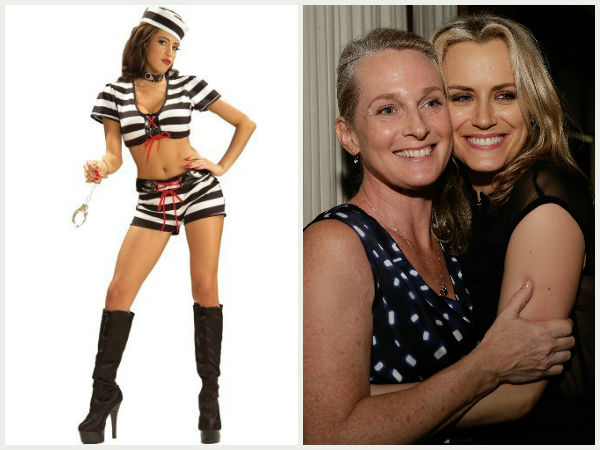 Girlfriend didn’t get the memo that horizontal stripes are a no-no. After watching Orange is the New Black, which is based on the true story of Piper Kerman’s life as an inmate, I think I’d want more coverage in prison anyway. (Amazon, $17) 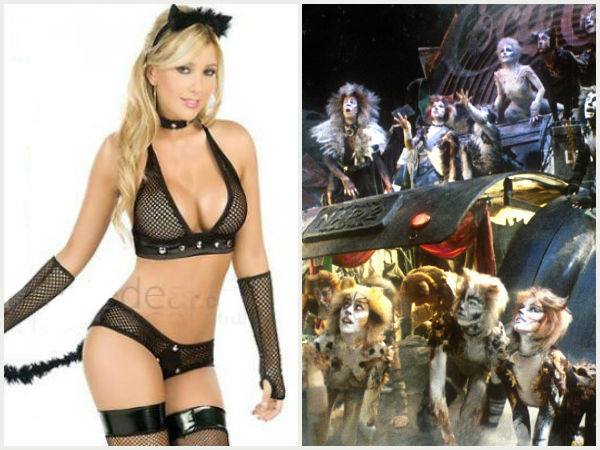 This kitten is probably angry because her tail looks like poop. But you know what real grown-ups are doing when they dress as cats? Performing in a Broadway rendition of Cats. (Trustedeal.com, $18) 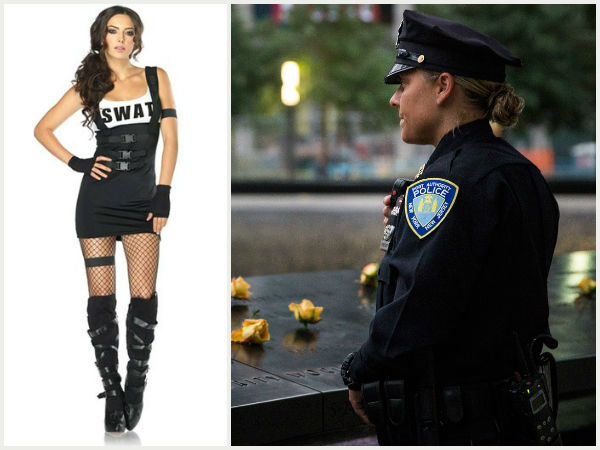 Sad news, but the plastic buckles probably won’t hold this mini-dress in place whilst storming a criminal lair. No matter, because the real SWAT officers probably don’t want her and her side ponytail there, anyway. (Amazon, $26) 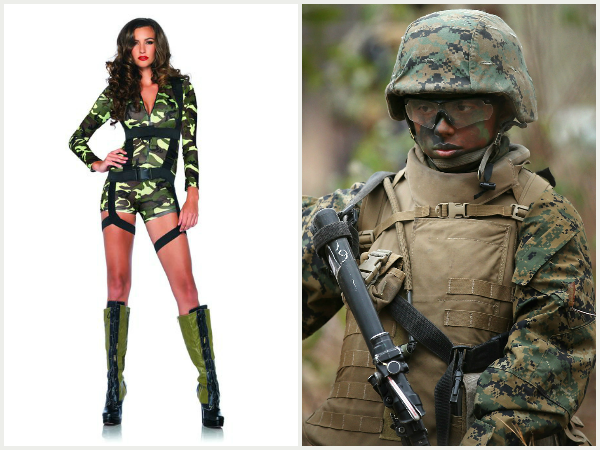 OK, I kind of love this costume, but will still firmly say ‘no.’ Instead, I’ll send my thoughts to Major Lauren Edwards, who bravely led more than 150 Marines in defensive maneuvers in Iraq, and other women like Tatiana Maldonado who are among the six percent of female Marines. (Amazon, $30) 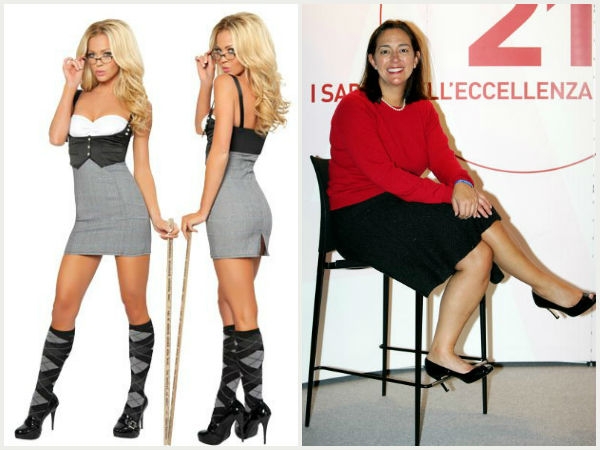 At least those glasses make her look smart, though. Sadly, she’s not very smart if she’s hitting on teenagers in detention. But you know who is smart? Erin Gruwell, who wrote the book Freedom Writers based on her experiences teaching disadvantaged youth. (Amazon, $57) 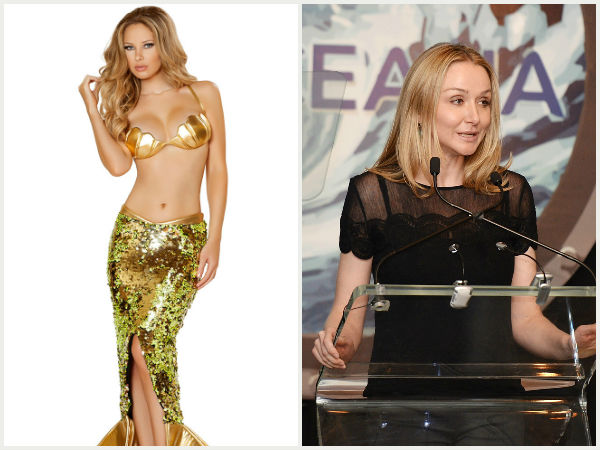 For one thing, this costume is a terrible Photoshop fail. For another, mermaids have never done anything for society. Alexandra Cousteau, however, is an environmentalist who advocates for the health of our oceans. So, she’s practically a mermaid. (Yandy, $200)

And two extras just to drive our point home… 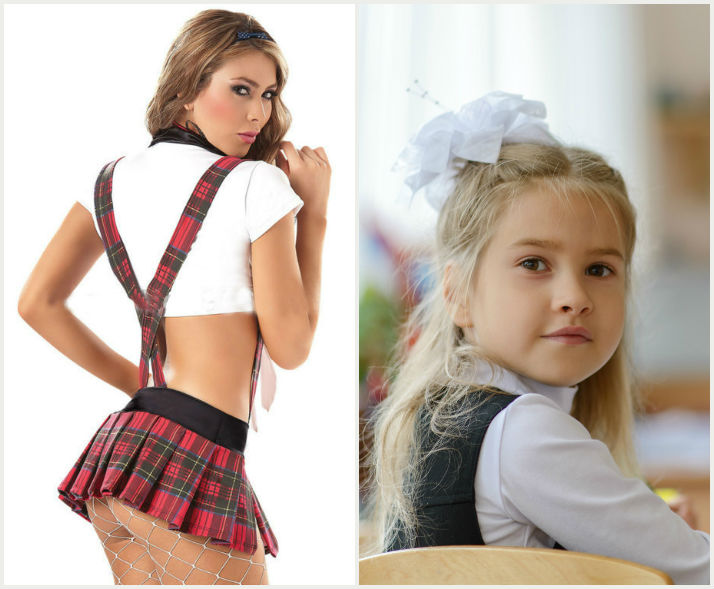 She’s as adorable as a Bratz doll. But definitely not as adorable as your daughter, who is an actual real-life girl who goes to school. (Ali Express, $15) 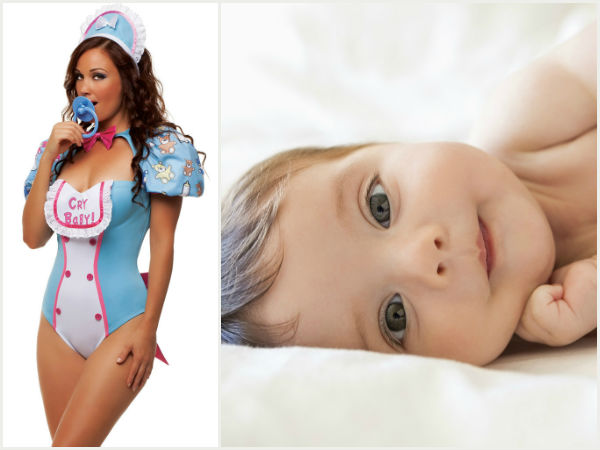 In real life, a cuddly baby looks like a cuddly baby. If you don’t want to be some dude’s disturbing fetish, this costume needs to go. (Yandy, $60)

And on that note, Happy Halloween! Now get out there and embrace some feminism.

Glow-in-the-dark nail polish you can make at home
DIY costumes foodies will go nuts for (Hint: One is kale)
Use this clever trick to create stunning mermaid makeup